The world’s most valuable cryptocurrency is breaking records, but mining Bitcoin consumes another important resource – the environment. Source: AFP

The environmental cost of mining Bitcoin in SEA

Bitcoin has soared to new, previously unimaginable highs in the last year or two, driving market sentiment to once again be looking at the world’s most valuable cryptocurrency. With the value touching an eye-watering US$40,000 this week for a single Bitcoin, the Bitcoin mining industry is set to kick into high gear again.

Bitcoin mining refers to the production of the digital coin by solving complex algorithms with specialized computers. “Miners” process and confirm bitcoin transactions to be entered into the digital currency’s shared public ledger, a trustless verification and storage network known as a blockchain.

Miners also provide security to the network. New coins are awarded to miners who complete the calculations first along with transaction fees for their services. With the lower costs of electricity, cheaper rental for spaces, and the looser regulatory environment, Southeast Asia (SEA) has become a popular destination for hosting Bitcoin mining ‘farms’.

The necessary computing power for generating new Bitcoins, with large numbers of linked computer units requiring massive amounts of energy to generate one coin or digital fund, and the power required can oftentimes come at an environmental cost.

“We now have an entirely new industry that is consuming more energy per year than many countries,” said Max Krause, a researcher at the Oak Ridge Institute for Science and Education and lead author of a study entitled the Quantification of energy and carbon costs for mining cryptocurrencies, published in the 2018 Nature Sustainability journal.

The CBECI found that Bitcoin mining consumes more energy than the entire nation of Singapore. With the unknown number of server farms globally, the high energy consumption of Bitcoin mining comes with a significant carbon footprint.

The heavy dependence on fossil fuels to power server farms could be lessened by tapping renewable energy sources. The cost could be prohibitive at the initial stage which might put off profit-focused Bitcoin miners, who elect to run their farms in Southeast Asia for the very reason of lowering costs.

Another method to reduce carbon emission is the development of more energy-efficient algorithms, like ‘proof-of-work’ or ‘proof-of-stake’. In proof-of-stake, coin owners create blocks rather than miners, eliminating both miners and their power-hungry machines in the process. 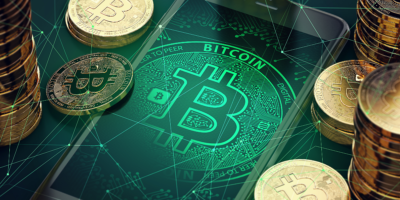 IS IT TIME YOUR BUSINESS STARTED ACCEPTING BITCOIN?

Christian Stoll, a researcher at the University of Munich and the Massachusetts Institute of Technology (MIT) who studies energy emission rates for crypto mining, says, “We do not question the efficiency gains that blockchain technology could, in certain cases, provide. However, the current debate is focused on anticipated benefits, and more attention needs to be given to costs.”