DeFi and data privacy – where blockchain can benefit in 2021

As the pandemic persists, nobody needs reminding of how difficult the past year has been – but there’s no doubt that technology has been one of its saving graces, fostering remote working, collaboration, and powering healthcare in lockdown. Recently, it was announced that health and tech groups are joining forces to create a digital Covid-19 vaccination passport. Consequently, citizens across the world have become more conscious of their data and where it may be shared. But what does this mean for 2021? Enter mainstream blockchain, also known as distributed ledger technology (DLT).

Although by no means new, blockchain certainly remains a very exciting technology that is still in the early stages of being explored. Thanks to its decentralized form, sophisticated security algorithms, and immutable nature, blockchain enables a lasting record of all transactions, which is why it’s so often associated with cryptocurrencies like bitcoin and ethereum. Without revealing any personal information, blockchain records precisely who owns which cryptocoin through a global network of decentralized ledgers.

Certainly, 2021 will see the trend for decentralized finance (DeFi) continue, as more financial assets become digitized. Consumer interest in cryptocurrencies has increased exponentially in the last three years generating some novel challenges. Already this year, in the UK, a man who mistakenly threw away a laptop hard drive containing 7,500 bitcoins – worth about £210m – is pleading with his local council to let him search for it in landfill. And who could blame him? Bitcoin is now worth over US$30,000, a huge increase from October 2020 when it cost US$11,000. With historically low-interest rates it’s little wonder investors are moving their money away from traditional investments (including gold) and creating digital wallets to hold crypto assets; data may be the new oil, but decentralized currencies are the new gold.

Beyond cryptocurrencies, however, 2021 will see more people becoming aware of the far-reaching consequences blockchain technology can have for those in control of their own data. The very nature of blockchain means the data held is anonymized at source, making it safer from cyber threats. (Still, as last year’s blockchain hacks showed, nothing is foolproof from a security perspective. Blockchains themselves cannot be hacked but digital wallets certainly sometimes can be.)

As such, instead of being tied to banks or specific institutions, blockchain could be especially beneficial for economically disadvantaged people, decentralizing data in a way that distributes it more freely across the world and allowing users, not corporations or governments, to control assess. Blockchain technology can also substantially reduce transaction costs by removing the need for third parties such as banks and financial institutions.

Regulation remains an ongoing issue, but the UK and Singapore are leading the way here, actively assisting blockchain pioneers in regulating new innovations. In the process, these nations are providing a safe, regulated environment and enabling full transparency. Private (or permissioned blockchains), where data access is controlled centrally, are also increasingly being used by large enterprises to improve efficiency and strengthen security. 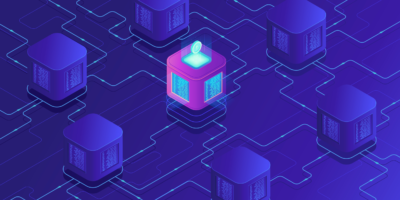 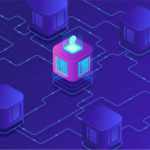 WE CAN’T TAKE BLOCKCHAIN SECURITY AS GIVEN, STUDY SHOWS

If harnessed wisely, there are lots of opportunities for global governments to use blockchain to protect trusted records and simplify interactions with citizens – particularly in the UK, as Brexit begins. Many (indeed most) governments are actively exploring central bank digital currencies (CBDCs), which ultimately may replace the traditional central bank currencies we use today. Transparency breeds trust and the public will surely feel more confident if the UK government can demonstrate its safeguarding of sensitive data and systems. This is particularly important given the recent Schrems II judgment, which struck down the EU-US data-sharing agreement, highlighting the privacy concerns of using US-based platforms.

Predictions during this ongoing period of uncertainty may seem ambitious and, of course, there is a chance that 2021 turns out to be as unpredictable as 2020. However, blockchain has the potential to help democratize finance and, more broadly, data privacy for all, as the world settles into the Covid-19 ‘new normal’. Let’s see what lies ahead.

This article was contributed by Chris Robinson, Group Chief Information Officer at IQ-EQ.