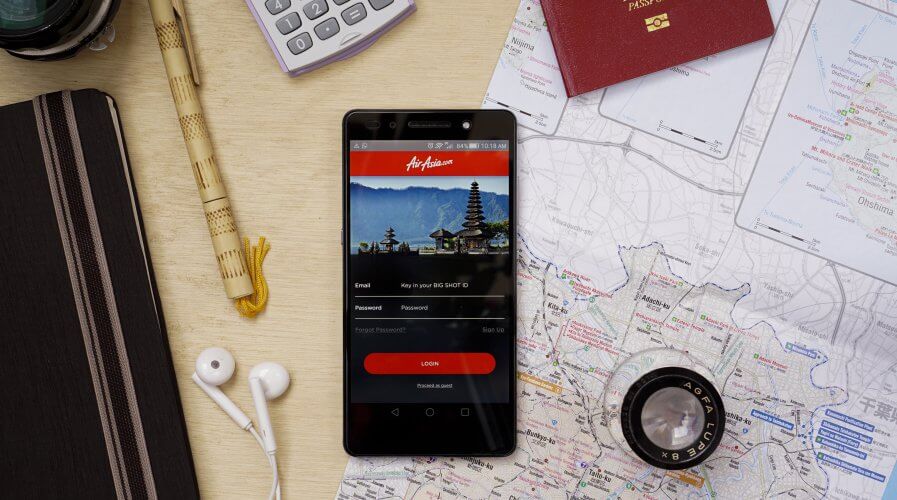 Here’s how AirAsia pivoted its airline business to survive the pandemic. Source: Shutterstock

How AirAsia pivoted its airline business to survive a pandemic

Even among the sectors most hard-hit by Covid-19, one of the industries affected considerably worse than most has been the aviation space. Indeed, there was less than half the passenger traffic in the whole of 2020 than in 2019. For Southeast Asia’s favorite low-cost carrier AirAsia, it has been disrupting the airline industry since its 2001 inception, and the pandemic-caused setbacks were an opportunity to speed up its digital transformation and pivot its business to something more than just an airline.

Following the widespread global lockdowns beginning March 2020 that have brought the air industry to a virtual standstill, the overall number of flight passengers by last April had already plummeted 92% from 2019 levels. There was a 98% average drop-off rate in international travel traffic and an 87% average fall in domestic air travel, according to data from the International Civil Aviation Organization (ICAO).

Seating capacity fell by around 50% for the whole of last year, which left just 1.8 billion passengers taking flights through 2020, compared with around 4.5 billion in 2019. That added up to a staggering financial loss to the industry of around US$370 billion, “with airports and air navigation services providers losing a further US$115 billion and US$13 billion, respectively”, ICAO said.

To rise to the challenges of running an airline during a global pandemic, AirAsia decided to focus on developing its digital and other non-passenger airline businesses. AirAsia Digital president Aireen Omar reckons the “the silver lining is that the pandemic presented the airline with the opportunity to fast track its digital and non-airlines businesses that has actually kickstarted way before the pandemic.”

Tech Wire Asia had the opportunity to discuss with Aireen how the low-cost airline thought outside-the-box to reinvent itself and stay afloat amid the worst global crisis yet.

Data – the new gold for AirAsia

To Aireen, AirAsia’s competitive advantages were in the low-cost carrier’s gargantuan data pool and coupled with the foresight to transform their digital ecosystem, which gave the Group a significant advantage over its competitors when the pandemic unexpectedly struck in Q1 2020.

“Our digital transformation exercise actually started way before the Covid-19. It happens when we realize that we have a good wealth of data in our whole ecosystem which is not just data from our airline passengers’ booking system and their behavior on how they use the web and mobile app, but we also have a large pool of data involving all the movements and the operations of our aircraft. So we’re sitting on a huge wealth of data, which we thought could turn us into more than just an airline,” she added.

The data that AirAsia had also allowed it to become more cost-efficient from the way the carrier consumes fuel to how it could replace work with algorithms and machine learning. “It is also about how we use data for a seamless experience, not just for the consumer but also for the workforce. The journey in fact started way before this Covid situation and as a result, the idea of AirAsia Digital was born because we thought that people could relate better.”

Previously known as RedBeat Venture, AirAsia Digital was launched in 2018 as the digital venture arm of AirAsia Group. By using the data to gain further insights into its customers, Aireen said AirAsia has been able to create other relevant products and personalized offerings through the same platform and cross-sell beyond the travel space.

Turning AirAsia into a digital airline

In October last year, the airline’s official online ticketing platform – airasia.com – underwent a major transformation and has expanded to offer various products and services. The application, coined as a ‘super app‘ by the AirAsia Group, now includes an ecosystem of new services including food delivery, grocery delivery, and even online shopping, in addition to the usual listing of flight tickets and hotel rooms.

On the other hand, AirAsia’s digital payment service, called BigPay, has 1.2 million users and offers money transfers, with remittances available in 10 countries including Singapore. So then the other two businesses are more financial services. “We aim to be a digital asset bank because of the licenses that we have obtained so far. So we have e-money, remittances, and lending licenses in Malaysia,” stated Aireen. “We hope to be able to launch our lending product as soon as this year.”

The company is also hoping to get lending licenses in Singapore and the rest of ASEAN countries like Thailand, the Philippines, and Indonesia, between this year and next. As for BIG Rewards, one of Southeast Asia’s largest travel and lifestyle rewards platforms with over ​35 million members, it evolved from an airline loyalty program to a broader lifestyle rewards service, offering points redemption on a range of dining, shopping and entertainment deals.

AirAsia has also expanded into other F&B verticals such as the Santan Kitchen which will gradually take over the production of Santan meals as well as provide cloud kitchen space for aspiring F&B entrepreneurs and “OurFarm”, a farm-to-table (F2B) platform that connects businesses directly to producers supported by AirAsia’s comprehensive ecosystem.

For businesses to make it through the pandemic, especially for small and business enterprises, Aireen believes there are a few steps that can be taken from having an open mind, to understanding the business’ current demand, as well as not losing out on digital transformation. 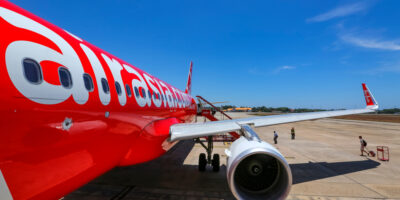 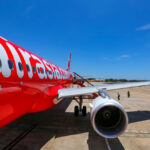 “It is best to always have an open mind and you must be agile because anything can happen along the way. Secondly, entrepreneurs need to understand where the current demand and business operations are. We have to accept that things will never go back to pre-Covid days because people’s behavior changes, so we need to know how to go about meeting those new demands and seize the opportunities available.

“And I suppose the third aspect is to never lose sight, especially in this digital world. Never underestimate what data can do for you and do not be too focused on the bottom line as accumulating certain data helps us to understand what we can do better in order to expand and gain bigger returns in the long term,” she added.

The AirAsia Digital president also naturally emphasized the importance of digital skills. “I think the biggest challenge got to do with talent resources, like how do I get good talent and not overpay for it. Because there’ is really no point in becoming a digital-savvy corporation in a digital economy but the rest of your force isn’t well equipped with the talent and skills.”

That was the idea behind RedBeat Academy, where AirAsia Digital partnered with Google Cloud as part of combined efforts to enhance digital skills at a national level. First launched to up-skill and cross-train AirAsia employees, the training program is now open to the wider public with a specific focus on artificial intelligence, machine learning and software engineering, alongside cybersecurity, big data, and infrastructure technologies.