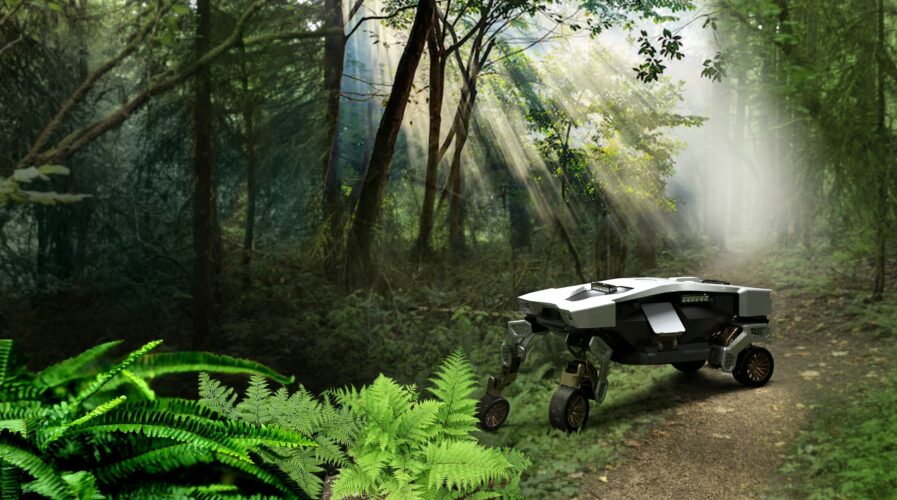 We may have an autonomous walking car in 5 years. Source: Hyundai.

Look out for Hyundai’s walking, autonomous car in 5 years

Forget about off-road vehicles and the roads they can take you because South Korean automotive company Hyundai is working on a “four-legged autonomous car” that can traverse even the most difficult terrain.

It will be called the Hyundai Tiger X-1. It has four wheels, each at the end of a long, bendable leg — powered by an electric motor. The autonomous car will drive as far as it can on its wheels and when it encounters obstacles it can’t drive over, it will rise up on its legs and walk over them. Better yet, the legs can bend as the wheels roll over uneven terrain, keeping the cargo area level. The self-driving vehicle can also steer in any direction — forwards, backward, or side to side — using either its wheels or legs.

Tiger is being developed by a division of Hyundai Motor Group, California-based New Horizons Studio, that design vehicle that can go places ordinary cars and trucks cannot.

Hyundai envisions it being used for difficult rescue operations following natural disasters such as earthquakes. Can be considered as an autonomous walking cargo carrier, it’s not designed to carry people, only supplies. While concepts don’t always translate into real products, according to TechCrunch, the aim is to bring Tiger to life “as soon as possible,” adding that it would likely be a five-year process.

An unnamed aerial drone can also connect to the Tiger to can carry it to and fro remote locations. The Tiger and drone could also charge one another’s batteries as needed, Hyundai said. New Horizons Studio director John Suh said autonomous car like this could be used to explore the surface of the moon or other planets,

“They could also be used as taxis with their legs raising and lowering the vehicle to make it more accessible to people in wheelchairs,” he said. The South Korean auto company has worked with the design software company Autodesk and Sundberg-Ferar, a vehicle concept firm, on this Tiger X-1 project. Apparently, the team will spend the next two years focused on solving some core technical problems to establish a baseline design. By 2023 and 2024, the team will get to the beta-product stage and advanced testing will begin before finally becoming a product customers can buy. 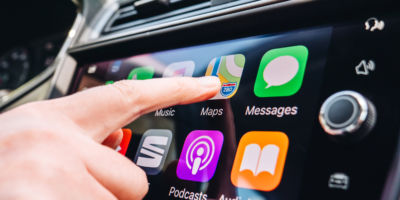 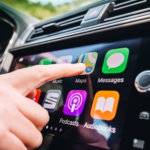 APPLE, HYUNDAI COULD BE TEAMING UP ON APPLE CAR – HERE’S WHY

The X-1 is the first version of Tiger — an experimental first— as New Horizons will be bringing out more variants in the future, reports indicate. Hyundai is also looking beyond disaster response and cargo hauling design. The company is considering autonomous taxis for wheelchair users that can walk right up the person’s front door, allowing them to wheel in seamlessly.

If that were to happen, on top of a four-legged cargo-only vehicle, many businesses, small or large can benefit from it. It can be used to help first responders traverse harsh terrain after natural disasters, or to even pick up wheelchair users.