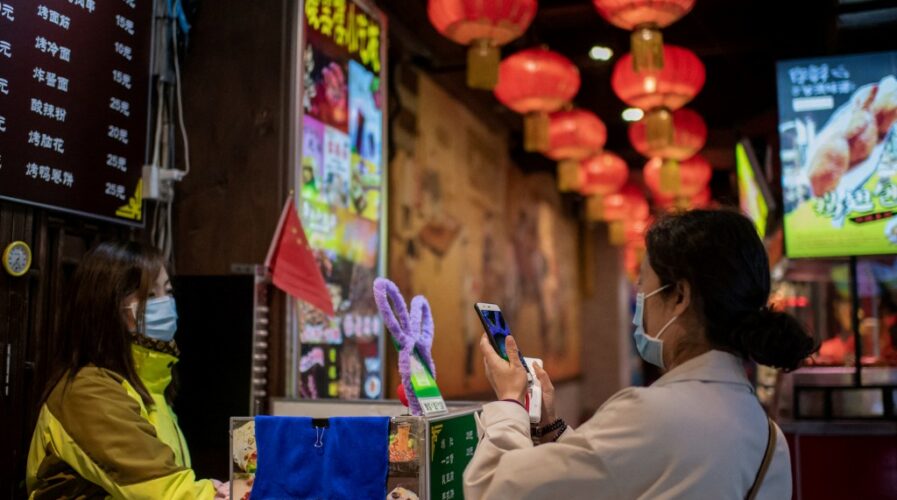 A customer (R) scanning a QR payment code (C-in green) to pay at a restaurant. (Photo by NICOLAS ASFOURI / AFP)

Alipay, the digital payments arm of Chinese e-commerce juggernaut Alibaba, is broadening the foothold it established in Malaysia with a partnership with financial technology (fintech) company Revenue Monster – giving the Chinese payments enabler it’s first ‘in’ into the Malaysian food and beverage (F&B) sector that has been exploding in popularity over the past few years.

Under the terms of the deal, Malaysian fintech Revenue Monster will integrate its core payment services onto the Alipay platform using a new in-app mini program. The minis program is Alipay’s method of providing loose-fitting application programming interfaces (APIs) similar like WeChat’s, that essentially allows for the integration of third-party services and add-ons onto the burgeoning Alipay ecosystem.

Along with Revenue Monster’s core offering, known as à la carte, how the Alipay platform will benefit from this is with the array of F&B businesses that are à la carte’s merchants – and are now, therefore, Alipay’s first F&B merchants in Malaysia.

Although madly popular in its native China, Alipay has struggled to plant a sure payments foothold outside of the mainland. While Alipay is accepted as a payment option in many of the top outlets in Malaysia that cater to Chinese tourists, it also faces stiff competition from both established payment methods like Visa as well as newer entrants like the e-wallet players so prevalent in Southeast Asia, such as Grab, Touch n’ Go eWallet, and Boost in Malaysia.

These digital-first channels often entice and retain F&B users thanks to a steady stream of localized offers, cashback, and promotions that are activated when a purchase is made using their unique code. Alipay does not really rely on these means to connect with users in Malaysia, but with strategic integrations of its mini-program with well-placed partners like Revenue Monster, which since launching its à la carte feature in early 2020 has been helping small businesses in Malaysia go digital, as the pandemic meant traditional brick-and-mortar dining was not possible for months on end.

With Alipay’s mini-program system, a veritable ‘online super store’ with multiple merchants can be easily integrated within Alipay’s app. Revenue Monster’s F&B clientele can be viewed through the app in order to order and pay for food deliveries from restaurants like Sushi King, Kenny Rogers Roasters, and Dragon-I.

Availability on Alipay’s app also gives these restaurant businesses another avenue for reaching hungry customers online, while at the same time supplying a greater selection for Alipay users, who can now order food and delivery contactlessly and make payment using the comprehensive payment methods available via Alipay in Malaysia. 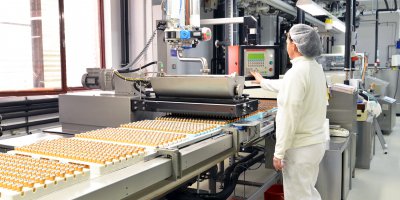 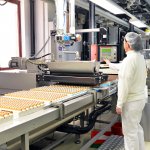 “Our à la carte solution aims to enhance merchants’ marketing effectiveness and diversify revenue streams. With the Alipay mini-program, we hope to increase our merchant base whilst also bringing more value to more than 6,000 merchants on the Revenue Monster platform by extending their digital reach to new customer segments,” said Amanda Chin, Revenue Monster’s CEO.

Cherry Huang, Alipay General Manager for global merchant partnerships in Southeast and South Asia, concurred on helping power the digital transformation of F&B businesses in Malaysia, saying, “It is critical for the F&B sector, traditionally based on a brick-and-mortar model and heavily reliant on footfall, to go digital in order to sustain its customer reach and engagement amid the pandemic. We believe this trend will become part of the new normal.”