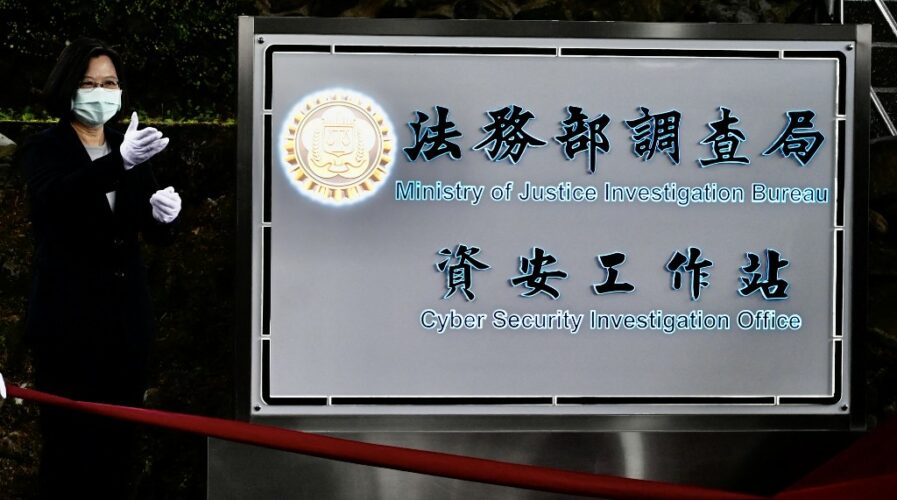 APAC is in need for more cybersecurity experts

The cybersecurity industry is facing an unprecedented challenge of finding and training enough cybersecurity experts to face an ever-growing threat of cyberattacks globally. More specifically, the Asia Pacific region is facing a future with severe shortages in data, cloud, and cybersecurity skillsets, according to experts.

In a report by Amazon Web Services (AWS) titled ‘Unlocking APAC’s Digital Potential’, between 666 million and 819 million workers in the Asia Pacific will use digital skills by 2025, up from just 149 million today, with the average employee requiring seven new digital skills in order to keep pace with the emerging tech and technological advancements.

The report also highlighted that by 2025, the region’s workers would require 6.8 billion digital skills to carry out their job, up from one billion today. This estimates the need for 5.7 billion digital skill training over the next five years to ensure the average worker acquires the capabilities needed to keep pace with technological advancements. To combat the current shortages, global tech giants such as AWS, Microsoft and Cisco are partnering with regional organizations and institutions to help bridge the digital skills gap.

There are regional differences though as the report reveals that while Australia, Singapore, and South Korea have the highest proportion of employees using digital skills today, at 64%, 63%, and 62%, respectively, and Japan weighs in with 58%, countries like Indonesia and India are far behind with 19% and 12%, respectively.

Even the University of New South Wales’ Professor of Cybersecurity, Strategy, and Diplomacy Greg Austin, during the second Asia Pacific Online Policy Forum organized by Kaspersky, said he believes “globally, we are not making enough cybersecurity professionals. Most countries are not prepared to make investments in education for the cybersecurity ambitions they talk about. Digital transformation and defense’s capacity building must include educational transformation.”

Data, cloud & cybersecurity are the skill sets most in demand

Simply put, businesses across the Asia Pacific region are likely to face severe talent shortage, if they do not beef up digital reskilling of their workforces, and especially so in the capabilities of data, cloud, and cybersecurity, according to the report.

Demand for capabilities in designing and refining new cloud architectures is expected to climb 36% in the next five years, the highest growth among all digital skills, while the need for digital workers to create large-scale data models and database technology will surge by 34%. The ability to develop digital security and cyber forensics tools and techniques was projected to be in severe shortage by 2025, with 30% of digital workers in Singapore and 48% in India pointing to such skills as necessary to carry out their jobs, but not currently having the skills to properly do so. 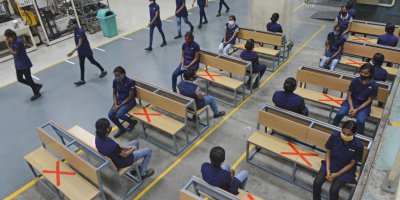 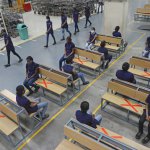 The organizations interviewed for the report attributed the shortage of such digital skillsets to the rate of growth in the adoption of cloud and data analytics in the region. Demand for skill types also differs by market and while Indonesia and South Korea are likely to see the fastest growing demand for advanced digital content creation skills, Japan is expected to see the highest demand jump at 30% for advanced cloud skills, such as migrating firms’ legacy on-premise environment to cloud-based architectures.

What is being done?

To boost their employability, the report emphasizes the need for students across the Asia Pacific today to be educated in the digital skillsets that are projected to see the largest spikes in demand, specifically in capabilities in data, cybersecurity, and cloud. Global technology companies are also stepping up to the digital plate, partnering with regional educators or organizations on digital reskilling initiatives and virtual internships in skills needed.

AWS announced late last year that by 2025 it would help 29 million people grow their technical skills and to do this, it is investing hundreds of millions of dollars to provide free cloud computing skills training to “people from all walks of life and all levels of knowledge” and in more than “200 countries and territories”, Teresa Carlson, Vice President of Worldwide Public Sector at Amazon said.

As for Microsoft, the tech giant has unveiled a number of digital reskilling/upskilling programs across the Asia Pacific, for both students and the workforce, in Indonesia, Malaysia Singapore, and Thailand. The company recently announced a partnership with SkillsFuture Singapore and the Infocomm Media Development Authority, which aims to equip 1,000 people with digital skills; and has also just recently announced plans to strengthen its Berdayakan Ekonomi Digital Indonesia initiative, which aims to accelerate the country’s digital transformation, by committing to skilling an additional 3 million Indonesians in digital future-ready skills to achieve its goal of empowering 24 million by the end of 2021.