Enterprises are spending more on cloud than on-premises data-center

Since 2019, enterprise technology has been crossing a significant line with the annual expenditure on cloud infrastructure services that have been on an upward trend. In comparison, spending on data-center hardware and software by enterprises has been on a steady decline, according to Synergy Research Group.

The growth ratio continued a decade-long trend of explosive growth in cloud and virtual stagnation in the market for enterprise-owned data center equipment. In fact, 2020 saw a major shift in worldwide IT operations, with a swing towards the cloud. Synergy noted that over the decade, average annual spending growth for data center hardware and software was just 2%, and cloud services, including infrastructure-as-a-service (IaaS), platform-as-a-service (PaaS), and hosted private cloud), was 52%.

Synergy’s chief analyst John Dinsdale said “Over the last ten years we have seen a dramatic increase in computer capabilities, increasingly sophisticated enterprise applications and an explosion in the amount of data being generated and processed, resulting in an ever-growing need for data center capacity. “However, 60% of the servers now being sold are going into cloud providers’ data centers and not those of enterprises. When a company needs computing power to manage its data and to run its business apps, it can either invest in its own data center infrastructure or it can use cloud services provided by a public cloud provider.”

Dinsdale however does not expect to see such a drastic reduction in spending on enterprise data centers over the next five years, but will continue to see aggressive cloud growth over that period. The analyst firm highlighted that the major segments with the highest growth rates over the decade were virtualization software, ethernet switches, and network security. The server segment’s share of the total data center market remained steady while storage share declined.

Within the US$130 billion cloud infrastructure services market, the major segments with the highest growth rates over the decade were mainly within PaaS, especially database, internet of things (IoT), and analytics. Meanwhile, the IaaS segment’s share of the total held reasonably steady while managed private cloud service share declined somewhat, the analyst firm said.

Organizations across the Asia Pacific (APAC) region have been adjusting to the new normal and reinventing themselves to thrive in the post-pandemic world, with spending on public cloud services growing by over 38% to reach US$36.6 billion in 2020, according to International Data Corp’s latest figures. 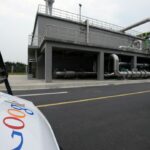 THE FUTURE OF DATA CENTERS IS HYPERSCALE

With more companies looking to modernize their legacy infrastructure, IaaS remains the top contributor to overall public cloud spending in 2020, with a 48% share of the market. This includes spending on computing, storage, and networking, all of which will continue to have healthy demand throughout IDC’s forecast period of 2021 to 2024, with computing taking the lion’s share of IaaS spending.

Then comes software-as-a-service (SaaS), the second-largest contributor to overall cloud spending in the region with a share of around 40%, followed by platform-as-a-service (PaaS) with an 11% share in 2020. APAC organizations spent most of their SaaS budgets on cloud-hosted applications and are expected to spend even more on collaboration, productivity, and security tools to support remote working and innovation. Geographically, China was the largest market for public cloud services in 2020 having spent US$19.4 billion, followed by Australia (US$5.2 billion) and India (US$3.5 billion). In fact, APAC’s rising cloud adoption has drawn suppliers to increase their investments in the region.