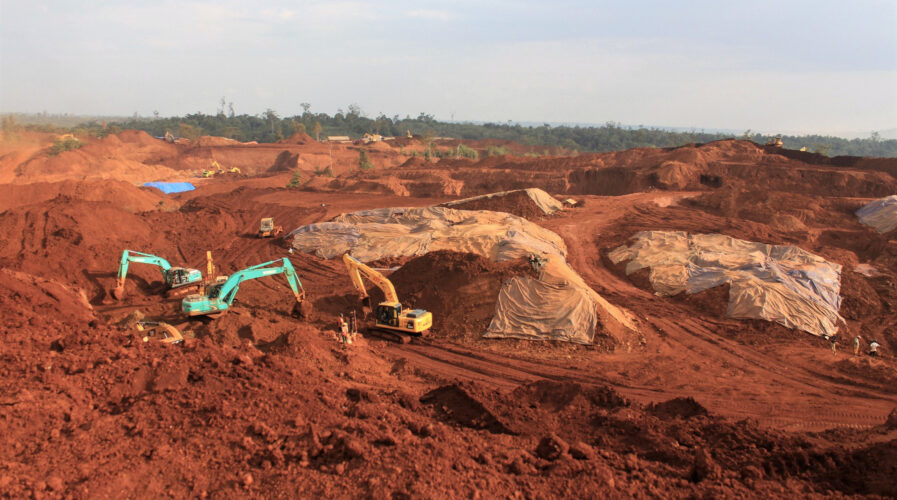 The future of EV in Asia is in Indonesia. Here’s why. Source: Shutterstock

The future of EV in Asia is in Indonesia. Here’s why.

As a key automotive contributor in Asia in terms of sales volume, Indonesia is still at its nascent stage in the field of the electric powertrain. This is despite being the largest nickel reserves in the world. Things however have sped up since President Joko Widodo issued a decree detailing the timeline to achieve a certain amount of EVs as public transport means and private uses.

The government encourages the production of nickel ore-related products, such as electric vehicle batteries, through local production capacity, and ever since that, global leading stakeholders from China and Japan have already started investing in the country. The government of the largest Southeast Asian economy is well aware of international developments related to EVs, and in fact, aims for Indonesia to become the EV production hub of SEA by 2030. Undeniably though, there are a number of crucial factors that make Indonesia great soil for investment in the electric vehicle industry and factors that are holding them back from accelerating its efforts.

Since momentum is building for the adoption of EVs in Asia, Indonesia is hoping to become a key part of the supply chain by becoming a major producer of lithium-ion batteries. To begin with, the country is a key source of nickel, cobalt, and copper that are essential to the manufacture of EV batteries. Yet, Indonesia must invest in tech, talent, and renewable energy if it is to be a major producer of lithium-ion cells.

For context, the largest archipelago in the world owns one-quarter of the world’s reserves of nickel – a key material in the production of the batteries – and as a country, it controls the world’s largest reserves, ahead of Australia and Brazil. A report by the South China Morning Post quoted Deloitte’s Future of Mobility Solution Centre’s director Andrey Berdichevskiy that said “Indonesia is a hinterland for many of the raw materials essential for the manufacturing of EV batteries”, not only for nickel but for cobalt and copper too”.

For Indonesia’s plan to succeed, Berdichevsky said the country needs to address gaps in its own supply chains and “make a broad-based shift towards high-value manufacturing” by investing in advanced industrial technology and talent. As of now, Indonesia aims to boost investment in the EV battery sector to US$35 billion by 2033, double last year’s total investment.

To recall, In 2015, Indonesia had set up a 2,000-hectare nickel industrial estate in Morowali, Sulawesi, which has today become the country’s nickel mining hub. China-based steel giant Tsingshan Holding Group has invested at least US$5 billion in the park and runs a factory there. Meanwhile, China’s GEM, an EV battery material supplier, is building a US$700 million nickel processing plant in Morowali, but the launch of the project has been delayed until next year due to the pandemic. Tsingshan too is a minor stakeholder in the project.

At least four such plants are being planned by Chinese-led consortiums in Indonesia. As the nickel ore mined from the park is now largely used to make stainless steel slabs, Widodo expects it to be used in lithium-ion battery production by 2024.

For a while now Indonesia has been courting America’s Tesla and has explored deals with two of the world’s top producers of EV batteries — China’s Contemporary Amperex Technology (CATL) and South Korea’s LG Chem. Both the companies supply the batteries for Tesla’s made-in-China models. CATL has in fact announced an investment of US$5.2 billion to build integrated battery plants in the country, while LG Chem has signed a memorandum of understanding on a US$9.8 billion investment to produce EV batteries domestically, according to Indonesia’s investment coordinating board.

Jakarta, although has not signed anything concrete with Tesla, has stayed in close touch with the firm’s chief executive Elon Musk. There were a handful of efforts made to charm Musk including by the country’s President Joko Widodo himself who has personally called Musk to discuss EVs and to consider Indonesia as a potential launch site for SpaceX, Musk’s aerospace manufacturing and space transport venture.

Musk said he would send a team from Tesla to survey investment opportunities but no dates have been fixed. Jakarta continued staying in touch with the company and after six video calls, Tesla sent an investment proposal early last month to build a facility for an energy storage system (ESS) and lithium-ion battery plant in Indonesia, according to the country’s ministry for maritime and investment affairs. Tesla runs an ESS unit called Powerwall, a home battery designed to store energy from solar or the electricity grid so it can be used at night or during a power outage.

Since then, there have been no updates on Tesla’s plans for Indonesia, though, in between, there were reports stating that Musk plans to build an EV plant in India and continue buying batteries from its long-time supplier, Japan’s Panasonic, for the next two years until it can produce a cheaper alternative.

Jakarta has also released at least seven regulations over the last year to support the development of the country’s EV industry. The most recent is its new presidential regulation that offers tax breaks for some industries including nickel smelting and coal gasification. The country will also set up a state-owned holding company called Indonesia Battery Corporation (IBC) in the first half of this year to further boost the sector. The company will include four state-owned enterprises – Mining Industry Indonesia, Aneka Tambang, energy firm Pertamina and electricity provider PLN.

Under the holding, new joint-venture companies will be established with seven multinational firms – China’s CATL, BYD Auto, Farasis Energy, South Korea’s LG Chem, and Samsung SDI, Tesla, and Panasonic – to develop the country’s US$17.4 billion EV battery sector, the country’s parliament was told recently. Indonesia hopes to address its talent and the technological gap with the joint-ventures, by learning how to produce battery-grade nickel from foreign partners.