China has robot cars with the longest driverless distance. (Photo by Hector RETAMAL / AFP) / TO GO WITH AFP STORY IT-China-automobile-autonomous-computers,FOCUS by Beiyi Seow and Dan Martin

The route from Guangzhou to Beijing is 3,670 kilometers, and that is the distance popular Chinese electric vehicle company Xpeng’s cars completed in one week – mostly without a driver behind the wheel. Xpeng is routinely regarded as a competitor to market-leading Tesla, with the record-breaking driverless road trip as an attempt to showcase how automotive robot systems perform in the real world.

The Chinese startup used a fleet of its electric P7 models to cover the route, visiting 10 cities in six provinces. The route includes a range of complex and busy highways and for 2,900km the company’s navigation guided pilot (NGP) was in charge. The driver onboard each car seldom had to intervene, achieving an average of just 0.71 human-driver interventions per 100km.

Indirectly, the historic test sets a new benchmark for long-distance autonomous driving by mass production passenger vehicles. The NGP system uses 14 cameras, five radars, 12 sensors, and sophisticated, high-definition mapping. According to reports, Xpeng said the average success rate of the cars for lane changing and overtaking was 94.4%, with similar figures for highway ramp entering and passing through tunnels. “The expedition has fully challenged the robustness and reliability of the NGP function,” said Xpeng chairman He Xiaopeng.

In regular electric mode, the P7 electric can cover up to 700 kilometers on a single charge. It was early January this year when Xpeng started rolling out its new autonomous highway driving features to eligible customers, as it looks to ramp up its challenge to foreign entrant Tesla and other local incumbents in the world’s largest auto market. The electric vehicle startup announced the NGP that month – a feature that allows drivers to automatically change lanes, speed up or slow down, overtake cars, as well as enter and exit highways.

The company headquartered in Guangzhou is trying to highlight its software and autonomous driving capabilities as a way to differentiate from domestic rivals like Nio and Li Auto as well as challenge Tesla that has its own autonomous ADAS called Autopilot.

China’s electric vehicle companies are looking to add more autonomous features to their cars. Theoretically, the law in China does not allow such advanced tests of autonomous driving. But as Beijing strives to promote the strategic autonomous vehicle sector, companies are being allowed to operate in a legal gray area, condoned at a high level. 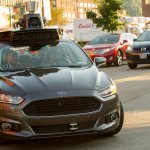 However, in January, the Ministry of Industry and Information Technology published a proposal that encourages local governments to open more roads for testing driverless cars. “The development of autonomous driving technology in our country has entered a fast lane. The industry has a strong demand for testing cars in a real-time traffic environment,” the ministry said.

Analysts see authorities’ willingness to allow aggressive experiments for new technology as a major advantage in China’s fierce competition with the US for the most advanced autonomous driving technology, which many believe will change the automobile industry. As a matter of fact, China has grown to be the world’s largest car market and produces tens of millions every year.

Now, the country wants to turn the tables with autonomous driving technology, which would also transform taxis, buses, trucks, and delivery vehicles. China’s target is for vehicles with at least partial self-driving functions to account for 50% of new auto sales in five years, according to a blueprint published by a government research body in November last year.