Did Lazada lose out to Shopee in SEA’s e-commerce race?

The rise of Tencent-backed e-commerce firm, Shopee in the Southeast Asia (SEA) region over the past five years has been remarkable, to say the least. On the flip side, Alibaba’s Lazada is losing its primacy in this sprawling regional market, recognized as the fastest-growing online shopping territory. Experts reckon the tense rivalry between  China’s largest tech juggernauts Alibaba and Tencent will also shape the trajectory of e-commerce across SEA.

Lazada who was brought into Alibaba’s hands in 2016, seemingly a logical choice for the e-tailer that dominates China’s B2B and B2C shopping market, to expand to SEA as a part of its globalization plan. Fast forward three and a half years later in a twist of events, Lazada’s control over the territory was taken by Shopee’s business model.

Now, Shopee’s gross merchandise volume in 2020 alone hit US$35.4 billion, piggybacking on the exponential adoption of online shopping when Covid-19 had forced everyone indoors, and online. Founded merely five years ago, the e-commerce operator claims in its latest financial report that about over half (57%) of Asean’s goods sold online and related transactions last year were through its platform and courier networks.

Over the last three years especially Shopee recorded stellar growth, chipping away Alibaba’s base in the pair’s largest overseas market of SEA, with a 600 million combined population. What allowed Shopee to catch up and eventually pull ahead is the upheaval and boardroom tussles at Lazada, plus the drawn-out takeover by the bloated management team from Alibaba.

Lazada’s operation appeared to stagnate during the transition from Rocket Internet to Alibaba, but the brand’s inability to localize products is the main reason for their defeat to Shopee. Lazada’s growth and expansion came to a grinding halt when former group CEO Lucy Peng and her team took about six months in 2018 to fill vacancies and take charge properly – during which time Shopee went on the offensive to lure vendors and buyers to its side. 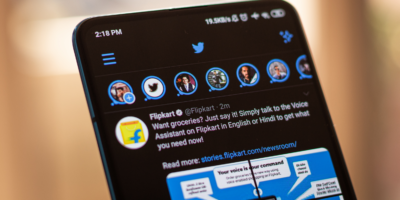 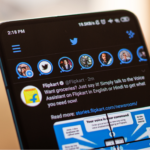 3 WAYS SOCIAL COMMERCE COULD TAKE OFF IN 2021

An exodus of talent and executives familiar with SEA, who had nurtured Lazada’s rise in the early days, soon followed to the greener Shopee pastures. What made the situation even tougher for Lazada is when Peng’s main strategy for Lazada – which used to be known for its bargain goods – was to upgrade offerings and introduce more high-street brands, replicating Alibaba’s push back home to transform its Taobao online marketplace into a posh, visual e-mall.

Reports even indicated that Lazada, like Shopee, should have benefited when the Covid-19 crisis hit Singapore in April. But as the country went into its Circuit Breaker lockdown, Lazada was unable to meet demand, cutting the number of goods available on its grocery platform, and limiting customers to just 35 grocery items at a time when consumers could not buy their essentials elsewhere.

Even after injecting a minimum of US$4 billion into the company to date, making it one of the company’s costliest overseas ventures, Alibaba is yet to find a winning formula. While it does not break out Lazada’s performance, Alibaba warned in its annual report last year that Lazada was one of the companies that it expected “to have a negative effect on our financial results at least in the short term”.