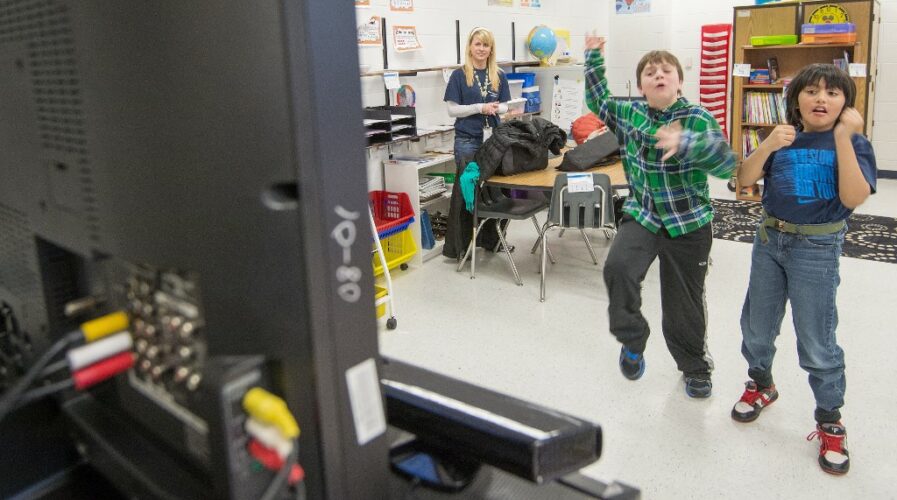 Steven Spielberg once said, “Science fiction’s always been the kind of first-level alert to think about things to come. Every science fiction movie I have ever seen, anyone that’s worth its weight in celluloid, warns us about things that ultimately come true”.

Before the production began on his 2002 sci-fi film, ‘Minority Report’, Spielberg invited fifteen experts to think about technologies that would be developed by the year 2054, when the film is set.

It has been 18 years and the moments in that film when Tom Cruise, tries to figure out surveillance footage and computer data by waving his hands around in mid-air to manipulate the data are no longer figments of the imagination.

What is gesture recognition?

Gesture recognition is a technology aimed at providing real-time data via motion sensors to a device to execute commands the user wants, using hand and other movements. It will not be necessary to type anything with keys or tap on a touch screen to perform a specific action. The device’s motion sensors will perceive and interpret the person’s movements as the primary source of data input.

Hence, the recognition of human hand gestures by artificial intelligence (AI) systems have become a valuable development over the last decade, and has been adopted in high-precision surgical robots, health monitoring equipment, and gaming systems among others.

Just as many of the ideas predicted in sci-fi have now become reality, gesture recognition is a very real thing. Microsoft was first through the door with its Kinect for Xbox 360,  released in November 2010. It captured body and hand motions in real-time, freeing gamers from keyboards and joysticks. Kinect also supported multiple players within a small room setting. Today, Kinect is part of Microsoft’s cloud-based service, Azure.

In 2019, tech behemoths Microsoft and Intel began expanding on use cases for gesture recognition. Intel produced a white paper on touchless multifactor authentication (MFA) for use by healthcare organizations to mitigate security risks and improve clinician efficiency, whereas Microsoft has a project to explore camera-based gesture recognition within surgical settings.

They’re not the only technology big boys coming forward with their own gesture recognition consumer products. Google introduced gesture interactions on its mobile phones and smart speakers while Huawei launched gesture control on its flagship smartphone last year.

Apple also has submitted a patent regarding the application of gesture controls on smart speakers last year. These are among some examples by multinationals, there are so many other companies that have adopted this technology over the last decade. 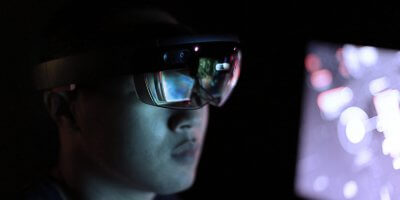 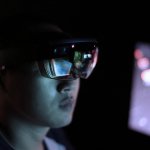 WHY USABILITY WILL BE KEY TO THE EXPLOSION OF INDUSTRIAL AR

Even BMW since 2016, with its 7 Series of cars has had gesture recognition that allows drivers to turn up or turn down the volume, accept or reject a phone call, and change the angle of the multicamera view. The additional customizable two-finger gesture is also available.

Most recently, in a collaboration between Aalto University and company HitSeed, it was discovered that gesture recognition can be embedded into smart clothing which can eventually be used in manufacturing and healthcare.

Advancements in AI has given rise to gesture-recognition-based devices, and the market is expected to register a compound annual growth rate (CAGR) of over 27.9% during the forecast period, 2020-2025. According to a report by Markets and Markets, the gesture recognition market is projected to reach US$32.3 billion in 2025, from US$9.8 billion in 2020.

Major drivers for this market’s growth are increasing demand for connectivity in the automotive industry, low technical complexity, and advanced user experience, and growing digitization across several industries. It is also believed that the gesture recognition market in the Asia Pacific is expected to grow the highest at a CAGR of 29.8% in the forecasted period.

All in all, the three main industries to contribute most to the growth are the automotive industry (US$6.52 billion), consumer electronics industry (US$16.29 billion and healthcare (US$4.89 billion).