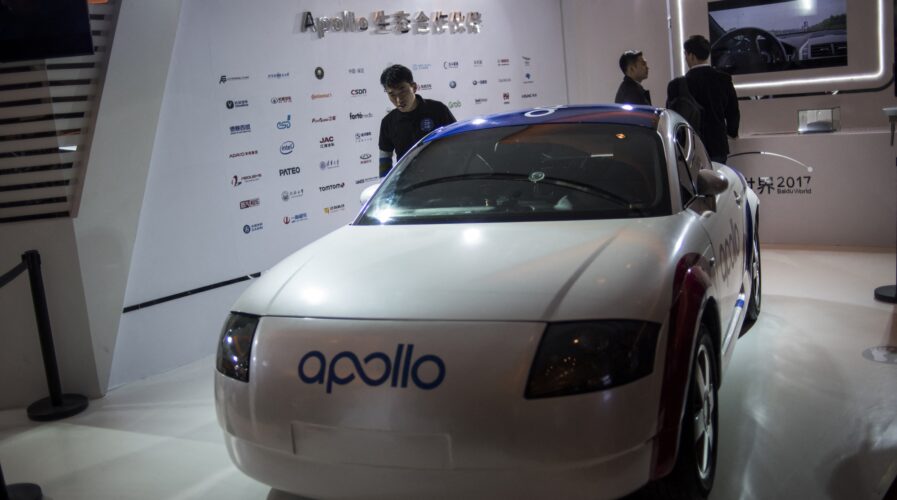 Two days ago, China’s tech giant Baidu rolled out its paid driverless taxi service, making it the first company to release commercialized autonomous driving operations in China. Running in an area of about 3 square kilometers, about 10 Apollo taxis pick up and drop off passengers at eight stops in western Beijing’s Shougang Park, one of the venues for the 2022 Winter Olympics.

It is called the 5G Remote Driving Service. Users will be able to hail a ride using the Apollo Go smartphone app, and then scan a QR code to verify their identity and enter the car.  A “Start the Journey” button can then be used to kick off the ride, with the vehicle only taking off when the doors are shut and the seatbelts are fastened. The launch came after extensive testing of the company’s autonomous vehicles, which were given the green light for testing on Beijing’s roads last year without a safety driver on board.

Baidu’s robotaxis are adapted from electric vehicles by Chinese home-grown luxury auto brand Hongqi, owned by state-owned carmaker FAW Group. The company also hopes to expand to other cities across the country in the near future, a key step towards commercialization.

Although there will be no safety drivers on board, operators will be able to access the car remotely in the case of an emergency. Other than that, China’s Baidu says the robotaxis will transport users to sports halls, work areas, coffee shops, and hotels around Beijing Shougang Park. Baidu says visitors in town for the Olympic games will be able to hail its robotaxis as part of regular transport for the event.

Baidu will charge passengers 30 yuan (US$4.60) for a single ride within the park, and it will give visitors a 40-yuan voucher to visit the Sangaolu Museum in the area. The park, on the western outskirts of the Chinese capital, spans 8.6 kilometers, according to Accenture.

While Baidu might be the first to launch a paid autonomous vehicle service in China, others are seemingly not far behind. Competitor AutoX recently launched a fully driverless taxi fleet in Shenzhen’s megacity as part of its ongoing testing and development, though this requires users to register for a pilot program and to use membership credits to cover their rides. 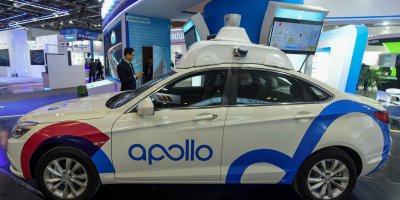 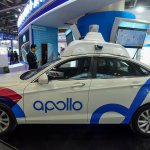 Then there is telecoms equipment giant Huawei Technologies Co that will be investing  US$1 billion in researching self-driving and electric car technologies as it seeks new opportunities for growth amid a stuttering smartphone business hampered by US sanctions. Local ride-hailing giant Didi Chuxing is also working on similar technology. Its autonomous driving arm signed an agreement last week with Volvo Cars, owned by Zhejiang Geely Holding Group, for its self-driving test fleet, the company said.

In fact, start-ups and tech giants alike have poured into the industry, which is expected to be worth 399 billion yuan (US$61.5 billion) by 2025. In total China has seven autonomous driving testing facilities, said Sun Wenjian, spokesman for China’s Ministry of Transport. The country aims to push for more autonomous driving projects over the next five years in ports, industrial parks, logistics hubs, and to enable urban commuting.