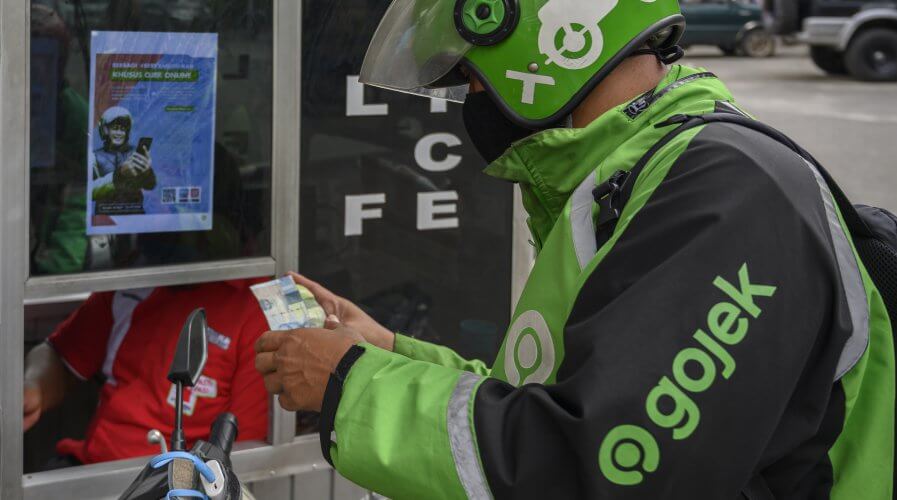 Here’s how digital banks in Indonesia will gain a foothold this year. Source: AFP

Three months ago, Indonesia’s Bank Jago got into a strategic partnership with ride-hailing and digital payment services firm Gojek, paving the way for the former to become the first fully digital bank in the country. The move was a significant one because, among all Southeast Asian (ASEAN) countries, Indonesia’s the only one that doesn’t grant licenses for digital banks.

The only way for tech firms to enter the banking sector is by acquiring commercial banks or lenders with existing bank licenses. For Gojek, the firm had to partner with Bank Jago in order to create a fully digital payment system in Indonesia. Hence why the Indonesian bank applauds the impending digital banking regulation by OJK – the country’s Financial Services Authority – saying it would allow its customers to open a bank account on an app run by partner Gojek.

The new regulations for digital banking are expected to be announced by mid-2021, including whether OJK will grant digital bank licenses to investors. However, OJK has remained vague about which direction they will take. “We won’t regulate details, nor will it be rules-based. It will instead be a set of guiding principles for banks to operate digitally, and banks have to mitigate their own risk, any risk, that may arise,” OJK’s executive director of banking research and regulation, Anung Herlianto, told the Straits Times.

Indonesia has always been ripe for digital disruption in financial services. The country has a huge population of 270 million and more than 50% are still unbanked due to geographical and infrastructural barriers. According to the World Bank, an estimated 95 million Indonesians or one-third of the country’s population, do not possess bank accounts. Yet of that 95 million population, 60 million own a mobile phone, representing a largely untapped market and a key avenue to offer financial services to new populations.

Digitizing payments in the private sector alone could increase bank account ownership by 29%, according to reports. Many Indonesians living in rural areas live far from the nearest physical bank or ATM and have to travel significant distances to withdraw cash for payments for utilities, hospital bills, school tuition, and other expenses. Digital banking would enable easier payments and give rural Indonesians access to more financial services.

Bank Jago, like a number of other fintech firms, will help increase financial services equity in the country by eradicating barriers such as geography and providing people with greater access to and ownership over their finances.

The upside however is that, In the face of restrictions and lockdowns brought about by the pandemic, Indonesia has seen a surge in digital adoption among consumers and an accelerated growth of both digital payments and e-commerce platforms. According to Bank Indonesia (BI), the value of electronic money transactions reached IDR 201 trillion (US$13.95 billion) in 2020, growing by 38.62% from IDR 145 trillion (US$10.07 billion) in 2019. As of January 2020, the largest driver of digital transactions is retail at 28%, followed by transportation (27%), food order (20%), e-commerce (15%), and bill payments (7%).

According to OJK, digital banks exist in Indonesia in two patterns, with the first type consists of digital banks introduced by commercial banks, such as Jenius and Digibank. The second type is comprehensive digital financial institutions established by companies after the acquisition of local lenders or commercial banks. These online banks are also known as neobanks.

As for neobanks, Alibaba-backed fintech firm Akulaku pioneered the way in 2019 when it acquired Bank Yudha Bakti, later rebranding it into Bank Neo Commerce in 2020. The bank is not operative yet, as it is currently preparing its digital banking system. In an interview with CNBC Indonesia last September, Bank Neo Commerce chairman Tjandra Gunawan explained that his platform will work with Huawei and Sunline to develop its mobile and internet banking services. 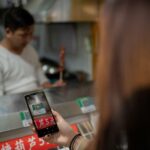 WHERE’S DIGITAL BANKING IN ASIA HEADED OVER THE NEXT 5 YEARS?

While Bank Neo Commerce is set to become Indonesia’s first neobank, other tech platforms are also tapping the segment. Analysts predict that there will be more tech companies, particularly e-commerce platforms, entering the digital banking segment in Indonesia. It is expected that neobanks will provide financial services and channel credit within the retail as well as the micro, small, and medium enterprise (MSME) segments.

Neobanks certainly have advantages over conventional banks. They have low operational expenses while they can reach out to a wider range of potential customers and debtors. Neobanks also offer more comprehensive services compared to fintech lending and payment operators, as they are already integrated with commercial banks.