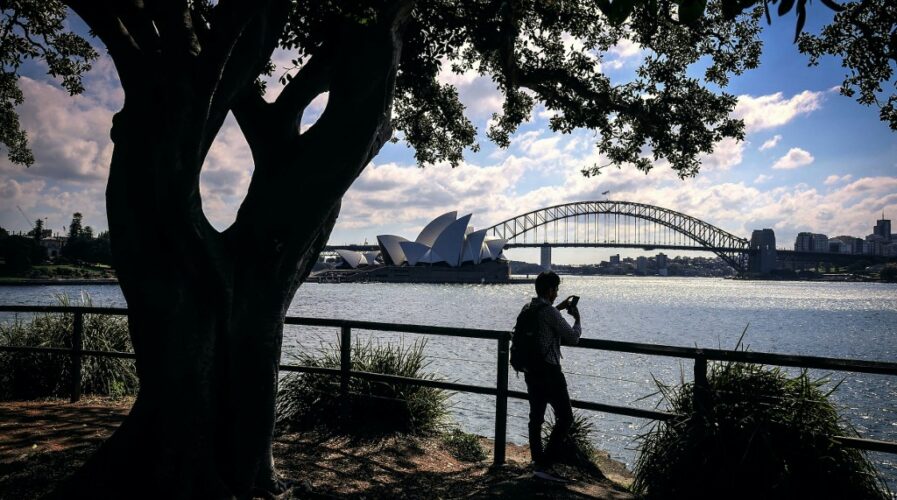 A man takes a photograph of the Sydney Opera House and Sydney Harbour Bridge. (Photo by DAVID GRAY / AFP)

Joining a handful of other countries, Australia will be able to enjoy extremely fast and high-capacity services this year as the Federal Government will auction not one but two 5G spectrums in 2021.

Five bidders secured licenses in the April auction, raising a total of AU$647.64 million (approximately US$501.83 million). Major carriers Telstra, Optus and TPG Telecom all took significant allocations of spectrum across all geographic areas. Of the 360 lots available in the auction, 358 were sold, including to regional operators Dense Air, in Sydney and Melbourne, and Pentanet, in Western Australia.

According to Minister for Communications, Cyber Safety and the Arts, the Hon. Paul Fletcher MP (also the man who declared that 2021 would be Australia’s ‘Year of 5G’), the low and high band spectrums will complement the mid-band 5G spectrum that the Government has already auctioned.

“Low band spectrum can carry the 5G mobile signal longer distances and is best for wide coverage indoors and outside. The mid-band spectrum provides broad coverage and fast speeds and the high band spectrum will allow blazing fast speeds over shorter distances. We are making the low, mid, and high bands available so that the telcos can provide better, faster, and stronger 5G in Australia,” Fletcher explained at the time.

In brief, 5G is the next generation of wireless mobile broadband, and will deliver speeds significantly faster than 4G and at much lower latency, which could be transformative across many Australian sectors including smart farming, robotics, telemedicine, and automated vehicles – in turn, this should dramatically increase Australia’s productivity in years to come as 5G replaces the prevalent 4G networks of today. In fact, Fletcher forecasts that 5G could add up to US$2,000 in gross domestic product per person, after the first decade of the rollout.

What does it mean for the telecoms players?

Currently, Australia’s top two telcos, Telstra and Optus, have already covered some parts of the country with 5G, with the extent of coverage being a point of contention between the two all the time. Most recently, Australian carrier Telstra said it has already deployed over 2,000 5G base stations in the country, providing 5G coverage to 41% of Australia’s population.

The telco said that it aims to cover 75% of the country’s population with its 5G service by June 2021. Telstra, which launched 5G services in May last year, is currently using its spectrum in the 3.6 GHz band to provide 5G technology across Australia. Telstra offers its 5G service are Canberra, Central Coast, Brisbane, Sidney, Cairns, Gold Coast, Adelaide, Hamilton, Melbourne, and Perth.

Meanwhile, Rival operator Optus had launched commercial mobile 5G operations in 2019. Optus’ 5G network had 900 live sites and was available to more than 426,000 households across Australia as of the end of Q3 2020. Optus also announced it was testing 5G mmWave technology in partnership with Ericsson. 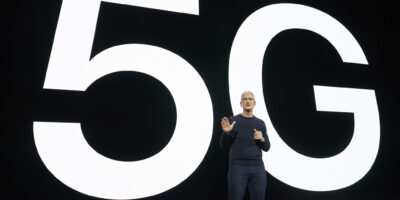 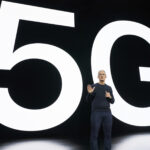 SO YOU’RE BUYING AN IPHONE 12? HERE’S WHEN YOU CAN USE 5G

Later in August, TPG Telecom announced plans to accelerate its 5G rollout over the next 12 months, with over 85% of the population in the country’s six largest cities expected to be served by the end of next year. The company, which was formed through the merger of TPG and Vodafone Hutchison Australia early last year, said in its full-year results that more than 1,200 sites 5G sites had now entered the planning phase. The six cities where 5G will be initially available according to TPG Telecom are Sydney, Melbourne, Brisbane, Adelaide, Perth, and Canberra.

With 5G, the sheer amount of data that can be transferred with extremely low latency is exponential. Eventually, there will be download speeds of up to 10Gbps, which is 10 times higher than the highest package on offer on the fiber-to-the-premises NBN. At the moment, however, 5G speeds are currently trailing below 4G speeds in Australia, according to market analysis site OpenSignal.

Performance is expected to improve significantly this year, as the spectrum auctions and the ongoing 5G infrastructure upgrades in Australia conclude. Even though there was some initial controversy, 5G in Australia has been introduced much more seamlessly than in many other territories. Carriers Telstra, Optus, and TPG Telecom continue to invest in 5G tech to add more capacity to their mobile networks in anticipation of the upsurge in usage over 2021 and beyond.

That is, in part, because it is still a fairly new technology that hasn’t been rolled out in many locations, but also because companies in Australia have yet to utilize the higher spectrum band, which would offer much higher speeds.