Automation advice from the experts: Basware weighs in on simplifying processes and finance operations

As part of our current financial management and fintech software series, we were lucky enough to speak with Michael Pyliotis, VP for Asia-Pacific, and Sush Koka, Director of Product Marketing, at Basware. Most finance professionals will know of Basware, at least by reputation, as the leading procure-to-pay (P2P) automation platform.

The company’s P2P automation and management platform streamlines procurement and accounts payable processes, leverages machine learning to proactively reduce the number of exceptions to its automated processes and provides granular data that transforms finance into a strategic function, across the enterprise.

But what does it look like on the inside, and what role do AI and innovation play in changing the nature of finance operations? We asked Michael and Sush, and this was their expert, detailed response.

What does a finance team look like, with, and without Basware’s help?

As technologists, when we thought about modern-day finance operations, we were inclined to ask Michael what a Basware-enabled finance department might look like: what could be happening on the shop floor?

“In a high-performing company, the first thing that you’re going to be able to see is that there’s a degree of processing taking place, by exception, rather than manually. [This is underpinned by] things like AI, machine learning and business rules that conduct all the heavy lifting you will typically see being done in a back-office finance function,” he said.

In other words, when companies are using automation, the real difference lies in what you don’t see, rather than what you do see.

In companies without Basware, the scenario is somewhat different.

“The thing you’ll notice is that most large companies without an advanced, connected software solution have a lot of paper, PDFs and a lot of people handling most of these tasks manually. Most of these teams are typically used to heavy transaction processing.”

Basware’s software transforms typical, manual, and transaction-heavy environments into ones that are more automated. And the solutions seamlessly enable reporting and compliance using analytics tools that let users see where the problems are, so they can further automate around the blockages. As Michael says, this “fosters an environment of continuous improvement.”

Fostering an environment of continuous improvement with people at the heart

The idea of continuous improvement obviously applies to the processing systems that are the lifeblood of the P2P cycle. But does it also apply to the people? Absolutely. Rather than threatening to replace the jobs that skilled professionals do well, Basware’s technology allows them to put their training and experience to more positive use than mundane admin work. 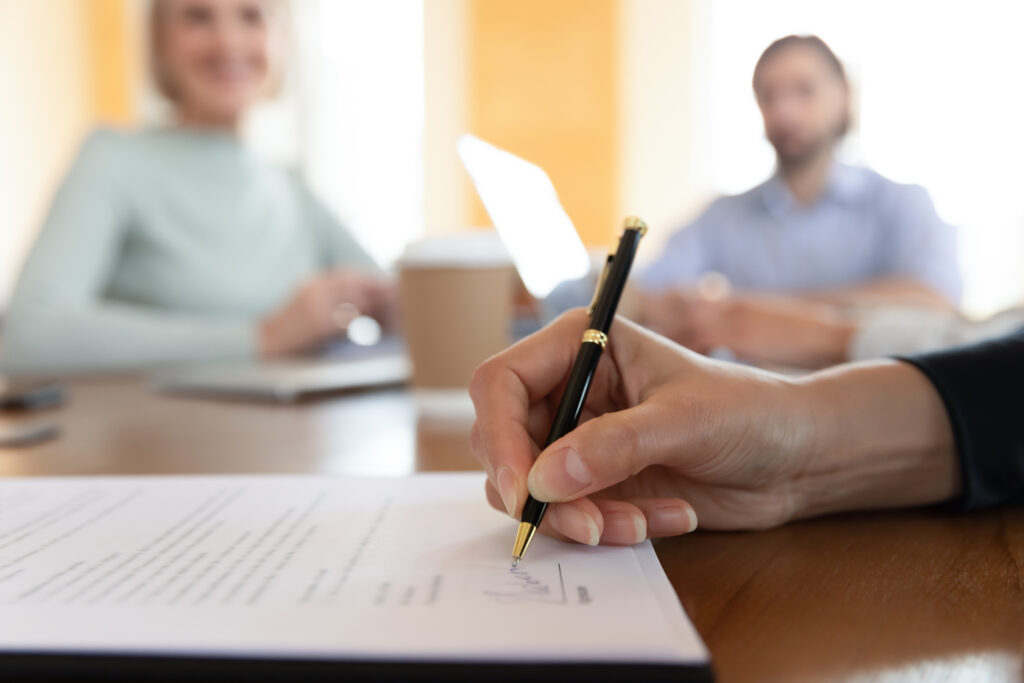 We asked Sush what a successful finance division – including all staff, managers, and the CFO, looks like once they’re using Basware.

“We do hear a lot from our clients about how user satisfaction has improved, once they put [Basware] in place. So yes, technology can do things a lot better. I see technology as an enabler. There are things that humans do a lot better; that technology can never replace.

But it’s important to note that technology, whether we talk about artificial intelligence, or machine learning, or RPA, does really well within a particular box. If we give any of those technologies a lot of repetitive data, [they] can see the patterns and trends and can process that a lot faster.

At Basware, what we bring to the table is we let the machine learning and the AI and all of the technology handle the rapid amount of stuff that’s a little bit monotonous. [As a result,] instead of spending hours on the phone with a supplier trying to explain why an invoice is lost or missing or why a payment is delayed, they can spend that time looking at where they are spending the money, and with what suppliers.”

The true difference comes with scale

The savings and the possibilities multiply when used on a larger scale, of course. “When you multiply that scenario across 40 people in Europe, maybe for 40 or 50 in the US, maybe another 20 or so in Asia. You can see the impact. This is why I call Basware a platform of continuous improvement,” Michael said.

Does continuous improvement happen overnight or over time?

To us, continuous improvement sounds like it implies a series of long-term gains that might not necessarily be seismic shifts right from day one. We asked Sush if that was the case.

In fact, Sush disagreed. She says that implementing a well-thought-out P2P solution allows organisations to see noticeable differences quite quickly: “Organisations are going to see significant benefits almost immediately, upon implementation. You could call it the Big Bang, if you want. I think that’s going to be true, when switching from a completely manual process to automation, whether they use Basware or a different solution.” But [with Basware, specifically] there will also be smaller, more consistent changes that further amplify a P2P’s usefulness over time.

How do these changes happen? Obviously as users learn, their skills improve. But Sush pointed out that this is not the only source of incremental improvement. “One source of change is the Basware system,” she explains. “The system itself learns and starts giving more recommendations to users – for example, as the AP department uses the system more they can identify areas where they can do more. Basware can look at your historical transactions and identify anything that looks like a recurring payment – this could be a lease or cell phone payment or property maintenance – and then it makes recommendations to the user that you can reduce the amount of processing you’re doing on the back end by moving this to something that we call a spend plan – which is a proactive tool that organisations can use to bring more spend under control.”

As users become more familiar with the Basware platform’s power, their ability to further improve the system is also enhanced. 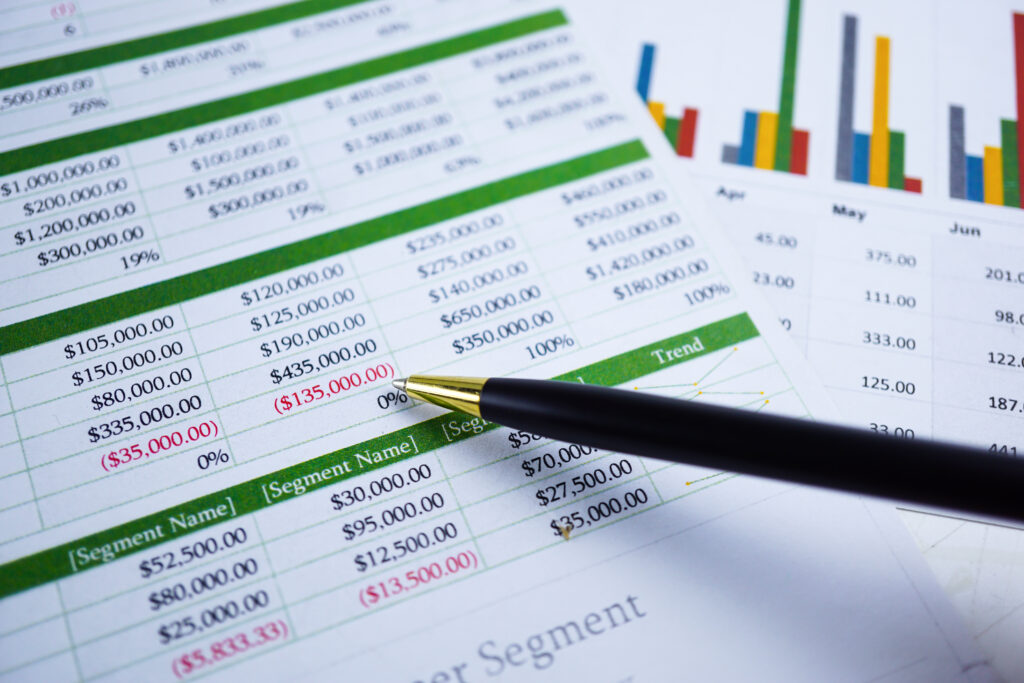 Interoperability with other systems

At an enterprise level, life can be complicated by the need to use, and share data, between existing technology stacks both in the organisation as a whole and in the finance function.

We asked Sush, “Is interoperability with other systems an answer to the data puzzle?”

Her response was, “Yes, interoperability within a client’s existing technology ecosystem is absolutely essential. There is no situation where we would go in and say, ‘Hey, you need to rip out what you already have, and then put Basware in instead.’ We work with clients to understand their existing technology landscape and provide a solution that not only fits within that environment but also adds additional value.

One of the ways we differ from our competition is a lot of our competitors push this idea of, ‘You need to automate the entire source to pay process with one vendor, and we are that vendor that is going to do it.’ We usually go in and say, ‘Hey, whatever is your most urgent need, let’s start with that and then you can build on it either with Basware or with another best-of-breed solution that addresses your needs better.’ The number of permutations and combinations can really be interesting. And for that kind of scenario to be really successful, integration is very, very important.”

Interoperability opens up the possibility of true data visibility

In a world where most organisations create a plethora of data, the art and science of decision-making can often rely on having access to the right data. That’s when the magic happens.

Once Basware is in place and connecting with all relevant systems, Michael explains that, “Instead of tracking transactions being done in different offices around the globe], now it’s being centralised, and we’re consolidating all of that complexity. We’re allowing the machine learning and the business rules to do all the heavy lifting. And then we’re dealing with the exceptions. The reliance on manual effort is diminishing over time. And as the continuous improvement platform continues on its journey of improving things, reliance on human intervention becomes less.”

As users become more interested in seeing a new dimension in procure-to-pay data visibility, they become more curious about the intelligence that their connected businesses operations can show. “Using our Analytics tool, our most successful clients are constantly asking for new dimensions and custom reports to then really fine-tune where those opportunities are to improve the process as they go on,” explains Michael.

Historically, many organisations have shied away from making transformation happen. The Pandemic forced us to re-evaluate remote-working and, as a result, it has also accelerated the pace of business transformation, particularly to the cloud. However, there is little point in bringing in a solution that merely mimics existing and less than ideal processes. True evolution happens when companies re-think the way they undertake every action within the procure-to-pay journey: from sourcing and procuring goods, to reconciling purchase orders with invoices, ensuring three-way matches (automatically, where possible) and reconciling information to see future room for improvement.

Michael summed it up for us like this: “The point is that, if you simply use a system to do the same stuff that you’ve always done, you actually aren’t using best practice. And that is where the real difference comes in. When you can get finance and procurement talking to each other, because they’re using the same language and data, they are able break down traditional the silo walls. And they can actually start to pool their resources by using a unified set of metrics across the entire procure-to-pay process. But more importantly, they’re actually gaining visibility of the quick wins and continuously improving the process with every action they undertake. That becomes part of a mindset of doing what’s right for the business, rather than just accepting the way it’s always been done.”

Even the most highly paid finance professionals in an organisation may well be sidetracked by edge-cases. In part, that’s why humans will always have a role to play in supporting the full P2P process. But, over time, automation software will find more ways of accommodating edge cases. A machine learning-powered P2P engine can learn to deal with more exceptions as time goes by. And that, for many Finance Divisions, is just the beginning. The granular nature of the data ingested by the Basware software ironically creates the clearest birds-eye view of the overall process.

It’s not only a matter of perspective, but it’s the fine detail that gives the clearest picture.

If what you’ve read here is ringing any bells of recognition, now might be the time to talk to Basware. Pick up the phone to a representative local to your centre of operations or request a demonstration of the platform’s full capabilities.