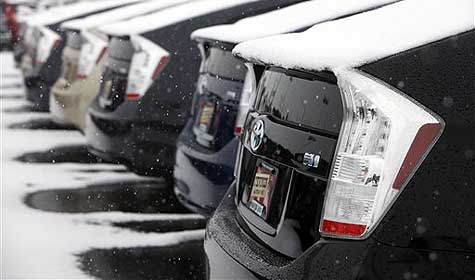 Can Toyota take pole in the solid-state battery race?

As legacy automakers around the world reach for a battery breakthrough, Japan Inc.’s rivals seemed to be charging into the race and leading. The world’s biggest car producer in 2020, Toyota Motor, has been considered a front-runner to produce a commercially viable solid-state battery. In fact, the carmaker plans to announce a prototype of a car powered by a solid-state battery by the end of this year and seeking to launch a vehicle in the early 2020s.

The quest for a solid-state battery has been heating up lately as it would be more stable and faster to charge than the lithium-ion batteries used today by innovative carmakers ranging from Tesla of the US to China’s BYD.  The competition to develop a solid-state battery is about gaining an advantage in a fast-approaching era when many more consumers are going to be buying their first electric vehicles (EVs) – part of a transition from an auto industry that runs mostly on gasoline and diesel to one that runs mostly on electricity. Legacy automakers are hoping that their battery partners will give them an edge and help to close the gap.

The two biggest drawbacks of electric cars — limited range and slow charging — will likely persist until battery makers can solve the dendrite problem. It’s estimated that a solid-state car could have a range of 1000 kilometers (621 miles) and take 10 minutes to charge. Solid-state batteries deteriorate less over time, and Toyota aims to retain 90% of the battery’s performance over a 30-year lifespan. Toyota leads the solid-state battery patent count, owning over 1,000 patents related to the technology.

What is being done in Japan?

To help accelerate the development of the technology, the Nikkei reports that the Japanese government is considering spending part of a new ¥2 trillion (US$19.2 billion) decarbonization fund in building a solid-state battery production infrastructure in the country. Industrial firms such as Mitsui Kinzoku, petrol company Idemitsu Kosan, and Sumitomo Chemical are all gearing up to make solid electrolytes. 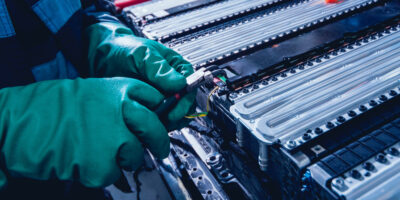 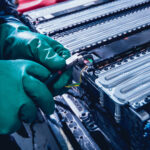 Toyota has been pursuing a next-generation battery for over a decade, making the largest number of patent applications for solid-state batteries from 2014 to 2018, according to a report by the European Patent Office and the International Energy Agency. Toyota vowed at an earnings conference on May 12 to sell 8 million electrified vehicles in 2030, with fuel-cell vehicles and EVs accounting for a quarter of that estimate.

The Japanese company said its new breakthrough battery offers a capacity seven times greater than its previous models. The Japanese-built solid-state battery has a capacity of 1,000 milliamp-hours (mAh). Additionally, it can operate within a temperature range of -40º to 100ºC (-40º to 212ºF). Hitachi Zosen even announced an agreement with the Japan Aerospace Exploration Agency to test its solid-state batteries in space.

Basically, the intensifying global battery race is a challenge for Japan. China and South Korea rapidly eroded the country’s dominance of the market for lithium-ion batteries, the previous standard for battery power that is the most common battery used in a majority of devices today. And the reason why Japan’s government has realized the importance of being the frontrunner of the next evolution in battery innovation, and is spearheading the commercialization of the latest battery tech.