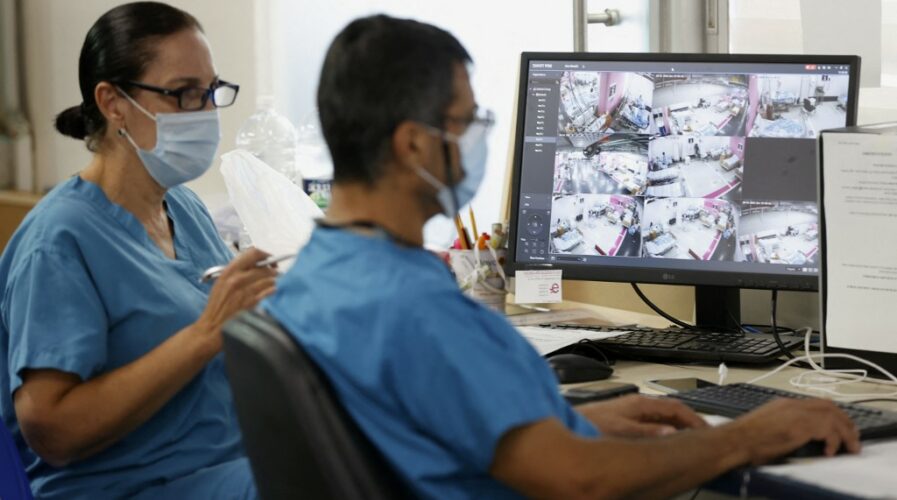 Leveraging cloud computing in the healthcare sector isn’t all too surprising, given how cloud services have truly proliferated around the world over the past couple of years. In fact last month BDO released data from a 2021 global healthcare digital transformation survey conducted by independent research firm Rabin Research Company, that examined the pervasiveness of cloud in health services.

It was found that 93% of healthcare organizations globally have already adopted or are in the process of adopting a digital transformation strategy, with a healthy 78% already deploying cloud computing in operations, while another 20% intending to spend on its deployment.

Digital transformation in healthcare seemed unhurried during pre-pandemic times, but it was forced to accelerate due to the increasing demands of the global pandemic, pushing wider adoption and deployment of digitalized services such as remote patient care and monitoring.

In 2021, L.E.K Consulting reported that investment in digital infrastructure ranked amongst the top spending priorities for both private and public hospitals in APAC. Countries appear to be confident that digitalization will reduce medical errors and thus increase patient satisfaction.

Adoption of back-end digitalization, instead of patient-facing digitalization, was shown to be a major priority (over 80%) for budgets across the board. These include optimizing cloud computing and software for functions as diverse as patient administration and scheduling, billing, inter-provider data transfer capacities, as well as digital interaction tools with closely related fields such as pharma and medical technology (medtech).

Another study by Grand View Research anticipated that the Asia Pacific region will be the fastest-growing regional market between 2021 and 2028. This is due presumably to increased smartphone use, adoption of smart wearables, and a surge in demand for electronic medical records (EMRs).

In addition, the rising demand for remote patient monitoring and related services owing to increasing government spending on healthcare is anticipated to propel market growth.

The state of cloud computing in healthcare globally

As the healthcare industry at large generates and utilizes vast amounts of data, cloud computing will be able to securely store and transfer data on private, dedicated cloud instead of cost-ineffective traditional data servers.

This will be even more relevant down the road as technologies such as artificial intelligence (AI), machine learning (ML), and Internet-of-Things (IoT) become increasingly mainstream in healthcare operations, as they will generate much more data.

According to Mordor Intelligence, the global cloud computing in healthcare market is expected to be worth approximately US$ 52M in 2026 (14.12% CAGR).

In Southeast Asia, Singapore and Malaysia appear to be a the forefront of utilizing cloud as part of their ongoing healthcare digitalization efforts due to the cost efficiencies and security benefits it proffers.

In 2019 for instance, Singapore made international headlines when the data of 14,000 HIV patients were leaked online. The severity of the impact of such breaches was exceedingly devastating to the local sector’s reputation and ability to confidently offer quality of care, prompting the Singapore government to launch Healthcare-Cloud (H-Cloud) – a consolidated cloud computing platform that supports over 50,000 healthcare staff across the island-state.

H-Cloud is the first private cloud setup for the public sector and will help reduce operational costs by an average of 55% by 2025. Additionally, it will also improve infrastructure availability to 99.95%.

“H-Cloud uses an active-active configuration across two data centers to provide clinicians with the 24 by 7 uptime they needed, within a cost-effective and well-utilized pool of Infrastructure-as-a-Service (IaaS) resource,” states the the website of the iHIS, the technology agency for the public healthcare sector in Singapore.

Over in Malaysia, the Malaysian Ministry of Health (KKM) has implemented initiatives such as the roll-out and upgrade of the Hospital Integrated System (HIS@KKM), and the cloud-enabled system for daily operations and real-time data management for primary healthcare at the KKM facilities in the country, known as the Integrated Primary Care System (TPC-OHCIS).

As we have learned from how hospital data breaches can have devastating impacts on not just the victims, but also the healthcare providers, the security offered by cloud computing is all the more crucial. As digitalization matures, edge computing will also be able to work alongside cloud computing to further optimize its efficiencies.