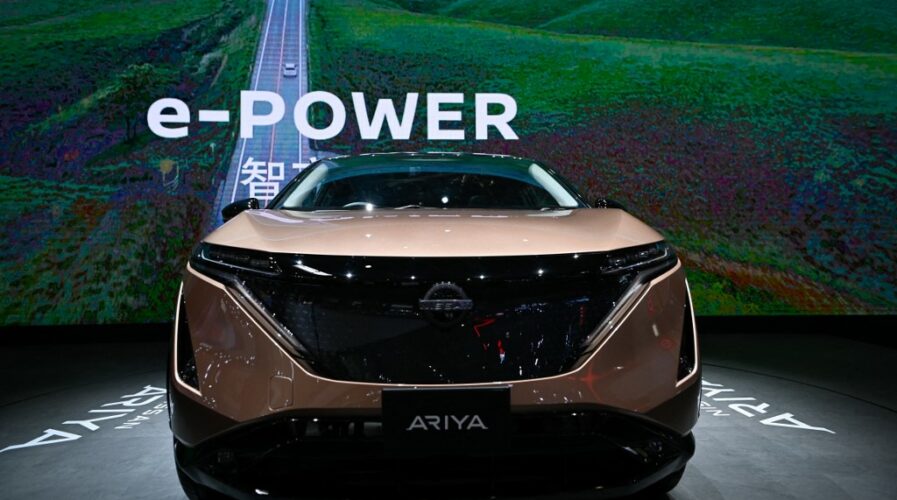 A Nissan Ariya car is displayed at the Beijing Auto Show in September 27, 2020. (Photo by WANG Zhao / AFP)

After nearly a year of expectations, Japanese carmaker Nissan was forced to announce last week that it will delay the planned summer launch of its flagship new electric Ariya model to this winter over the global chip shortage plaguing automakers.

Announced in July 2020, the new 100% electric model was initially supposed to go on sale in Japan from mid-2021, before arriving in Europe, North America, and China by the end of the year. But in a press release on 4 June, Nissan said customers in Japan could now order the limited-edition Ariya B6 model for “this winter,” with no set date for those in other markets.

A Nissan spokeswoman confirmed that the semiconductor shortage affecting carmakers around the world was hampering the Ariya rollout. “We have been facing various industry challenges, including semiconductor shortage, and our priority is to ensure that we deliver the highly advanced all-new model[…] to customers with the highest level of quality and care,” she told AFP. “And to make sure that those things are done, we have delayed the sales in our area.”

Adoption and sales of electric vehicles have been growing steadily in recent years, with China in particular seeing a significant upward trajectory in take-up of the clean energy vehicles, which observers hope will help push towards sustainability and zero-emission targets for both the country and the consumer transport sector. Market leader Tesla is competing in a competitive marketplace on the mainland, with a slew of local electric vehicle competitors also eating up market share.

The Ariya model is particularly important for Nissan, which sees it as key to opening a “new chapter” for the firm, according to its director general Makoto Uchida. Ariya will be the troubled automaker’s first 100% electric vehicle targeting the general car market since the Leaf debuted a decade ago.

Nissan was struggling even before the pandemic, and was rocked by the arrest and subsequent escape of its former chief Carlos Ghosn, currently a fugitive in Lebanon. But the coronavirus crisis only deepened its woes, pushing it deeper into the red.

Last month the Japanese carmaker trimmed its annual net loss, but warned its outlook remained clouded by the chip shortage. Nissan has been a pioneer in electric vehicles since its Leaf model was released over a decade ago. But the struggling firm – still trying to recover from the devastating reputational damage caused by the sudden departure of now fugitive tycoon Ghosn – desperately needs a new hit.

Semiconductors are in short supply, thanks in part to increased demand due to a surge in home electronics purchases during the pandemic. The industry has also been hit by several production setbacks, including a fire at a producer in Japan. 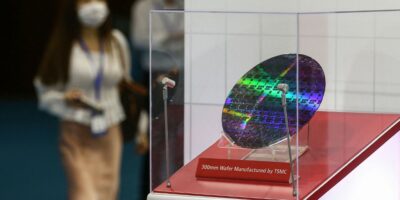 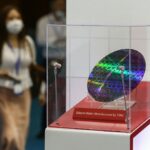 A chip shortage, also referred to as semiconductor shortage or chip famine, is a phenomenon in the integrated circuit industry, when demand for silicon chips outstrips supply. The origin of this particular shortage has its roots in the global pandemic. The lockdowns ushered in to combat the Covid-19 outbreak caused disruptions in supply chains and logistics systems chip suppliers depended upon to maintain production, while at the same time, as people began spending much more time at home, there was a boom in demand for consumer electronics.