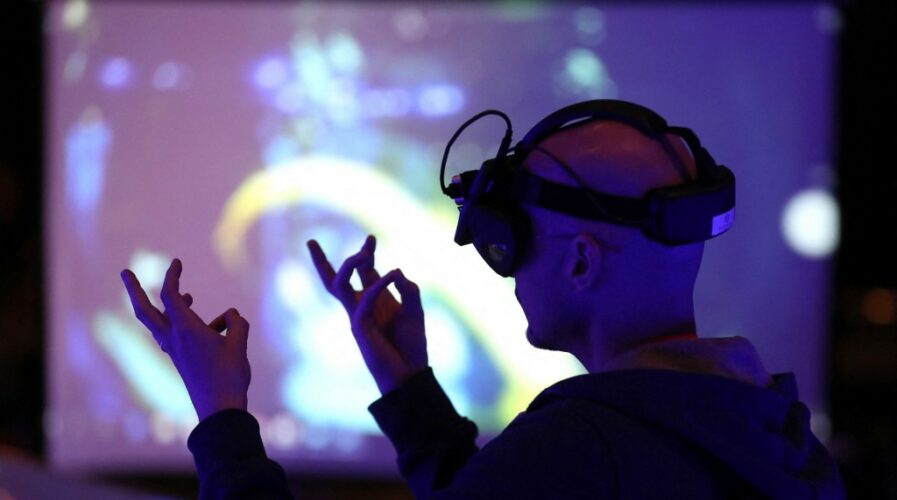 The art of film & media production has come a long way. From caveman drawings to the earliest camera developed in the 15th century, technological innovations across millennia are continually evolving to satiate humanity’s hunger for more vibrant, life-like art.

Digital cameras and Visual Effects (VFX) weren’t a thing until the 20th and 21st centuries, but their presence has played a crucial role in birthing life in all its technicolor glory onto a screen, allowing many across the world to enjoy the consumption of art.

Traditional film production comprises linear, complex processes that take up a lot of time, resources, and manpower to produce. Additionally, development efforts work in silos with incompatible resources, making collaboration a challenge. The linearity of traditional VFX development often leads to complex challenges from pre to post-production. Cinematographers and directors have to plan scenes first, then cast the actors, and only then can post-production editing happen.

As a result, things like the “fix-it-in-post mentality” (where amendments are made during editing), duplicative or increased VFX artist labor, or expensive reshoots will occur, leading to longer production times, thus higher costs.

Today, we have reached a point where the confluence of future and emerging technologies and traditional film production will forever change the way we see and consume content.

Whilst the concept behind VP is not exactly new (think CGI), the innovation behind the use of existing and future technologies has revolutionized the way media content is created, especially in the film industry. VP solves current issues in filmmaking by having a more “iterative, non-linear and collaborative process”, and can produce high-quality imagery that’s much more life-like even at the pre-production stage.

VP optimizes this process by using software tools to more easily integrate computer graphics (CG) and live-action footage in real-time. As the process isn’t linear, collaboration is easier so feedback from production staff regardless of location can be worked on immediately. Eventually, the technologies powering VP will result in efficiencies in time, effort, and manpower — eventually resulting in cost savings.

Virtual Production and the technologies powering it

VP merges techniques and technologies from the film and videogame industries. Virtual reality (VR) has been around for some time, but as its technology evolved, so have cost production savings. This makes VR equipment more affordable and accessible for use in VP.

Conceptualization and creation of in-film assets such as props and backgrounds can be created during pre-production, which can be ready by the time actors are on set, saving a lot of time in the production process.  Game engines such as Unreal Engine and Unity, together with other software, work with information from devices such as sensors and camera tracking used with actors.

Game engines are suites of software used in game development that provide visual development capabilities within an integrated development environment that’s data-driven. Technology such as Artificial Intelligence (AI) in game engines, amongst other software tools, can then render and produce the desired visual content.

VR and Augmented Reality (AR), together with high-powered graphic cards and game engines, allow the tech and production teams to work closely together, facilitating collaborative communication. In addition to these, upcoming advancements in AI, as well as Machine Learning (ML) features, are expected to be added to the mix as well, according to a market report by Grand View Research. They can then produce high-quality, near-lifelike visual content without the need for expensive assets, in a fraction of the time spent on traditional VFX productions.

Countries such as China and Malaysia have already adopted whole or partial concepts in VP in film production. Virtual production was hailed as the future of film production at the recent Shanghai International Film & TV Festival. There is great potential for VP to flourish in China due to support from income from high consumption of Chinese media and AI sophistication.

It will also allow China to share the vibrancy and diversity of Chinese culture and stories to the world, instead of just ‘martial arts’ shows. Ma Ping, deputy general manager of state-run China Film Group, is confident that VP and AI technology adoption can help producers cut costs by 50 to 70 percent.

“Smart technologies such as virtual production will finally replace current technologies, and the entry threshold in film and special effects production will be lower for more artists”, said Chang Hongsong, founder and owner of Beijing Phenom Films Technology Co. A challenge for China to overcome, then, is to be able to fill the industry talent shortage of professional and experienced professionals.

According to a market report by Grand View Research, the global VP market was valued at US$ 1.4B in 2019. With a projected CAGR of 15.8% from 2020, the market is projected to be worth US$ 3.9B in 2027. The APAC region’s filmmaking industries are among the first to implement advanced technology and techniques in filmmaking, and the region is expected to be the fastest-growing, with a CAGR of 17.8%.

This is due to the increased adoption and implementation of VP in film studios in Greater Asia, India, and Australia, together with an increased demand for online video streaming and on-demand content. The growth of emerging future technologies such as AI, VR, XR in VP bodes well for the APAC region.

With multi-sectorial applications and a high forecasted market growth rate, the up-and-coming VP market in APAC presents a lucrative opportunity for investors, SMEs, and corporates to delve into.