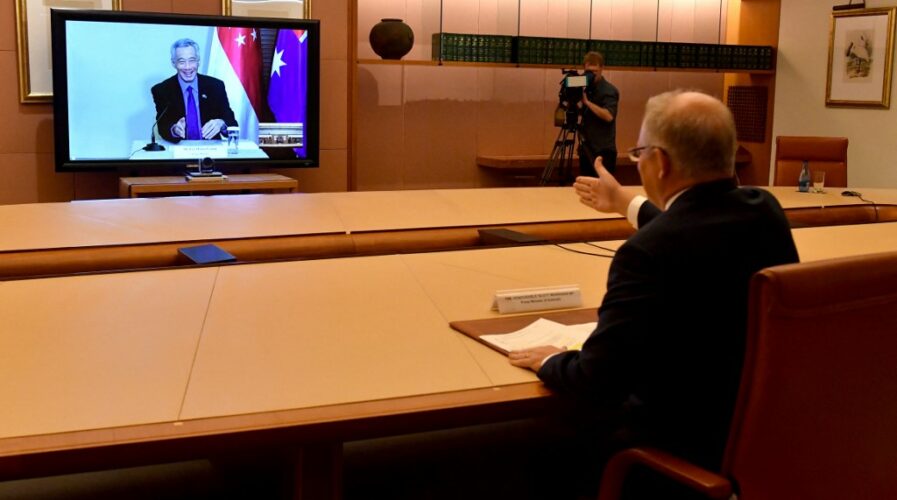 Singapore – Australia travel bubble to be driven by digital merit

With Southeast Asia (SEA) among the hardest hit in the tourism sector as many countries rely on tourism dollars to boost their economies, Singapore and Australia have agreed to work towards a quarantine-free travel bubble between the two nations.

Last week, Singapore’s Prime Minister Lee Hsien Loong welcomed Australian PM Scott Morrison in Singapore ahead of the 47th G7 Summit in the UK. The Singaporean premier hinted at the possibility of a travel bubble with Australia, although talks to further this will only be solidified once a majority of each nation’s populations are vaccinated.

“We discussed how two-way travel between Singapore and Australia can eventually resume, in a safe and calibrated manner, when both sides are ready,” PM Lee Hsien Loong told a joint news conference along with his Australian counterpart. Both countries have relatively low COVID-19 case counts at just over 62,000 and 30,000 respectively, and will look to make use of sophisticated digital systems to ensure the safety of travelers and the community is prioritized.

Singapore had first revealed the possibility of a travel bubble with Australia back in March, which raised the possibility of travel between the two allies without the need for a self-isolation period. The next month, Australia on a similar travel bubble agreement with New Zealand, which led to a spike in cross-border tourism between the two neighbors, bringing much-needed relief to each nation’s economic sectors.

However, this freedom was short-lived as spooked by a cluster in Melbourne, New Zealand Prime Minister Jacinda Arden ordered the bubble to be closed in late May, reported AFP. Such concerns will see Australia and Singapore move cautiously, according to Singapore’s Lee, who said the travel bubble will only take place in a “safe and calibrated manner, when both sides are ready. We need to prepare the infrastructure and processes to get ready to do this.”

How will a Singapore – Australia travel bubble work?

Starting this week, Australian citizens who have received two jabs of a COVID-19 vaccine and are in possession of an Australian Medicare number will be able to access a vaccine digital certificate.

And from July, all national vaccination programs down under will report (within 24 hours and no later than 10 days) the vaccination of individuals to the Australian Immunisation Register (AIR) that is maintained by Services Australia, on behalf of the Department of Health. 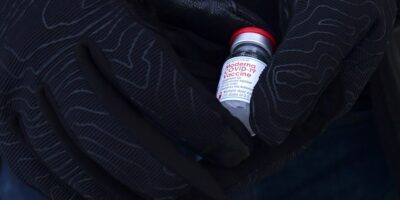 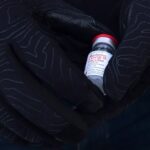 THE VACCINE DISTRIBUTION HURDLES THAT TECH IS HELPING BRIDGE

Vaccination providers can upload status information directly onto AIR’s online portal, linked and verified via the individual’s Medicare number. In the travel bubble with New Zealand, users were able to display their vaccination verification on their smartphones, allowing for ease of travel and no need to carry additional forms of identification – “another important building block” according to Australian PM Morrison to making an Australia-Singapore travel bubble work effectively and with minimal transmission risk.

“The sophistication of the systems both in Singapore and Australia, I think will enable both countries to ensure that we can get a system that works incredibly well,” Morrison noted. “Once we have that capability, then, as the Prime Minister [Lee] says, it then becomes a second consideration, we consider all the various medical issues and the various risks that we have to manage as leaders to ensure that we can go to the next stage successfully.”

Besides the travel bubble, the two prime ministers also announced that the “fintech bridge” between Australia and Singapore that was initially decided in the two nations’ Digital Economy Agreement last year, was set to go ahead.

Alongside fintech branches like digital payments and e-commerce, the digital economy pact will encompass interoperable collaboration on cross-border data flows, digital identities, and artificial intelligence. “The fintech bridge will enhance cooperation on fintech policy and regulation and look for opportunities for collaboration on joint innovation projects, as well as facilitate investments and new business opportunities in digital trade and financial services,” the leaders said.

The business of travel bubbles is heavily dependent on how well member countries are mutually able to track, identify, record, and authorize health and vaccination records. Just like how the world has gradually progressed towards using biometrics in passports, there’s a huge opportunity to skip cumbersome manual checks and directly proceed to a fully digitized system.

Moreover, secured digital records on an online database should make status checks much easier and reliable, along with the use of a mobile device to display their digital certificate. This is reminiscent of the ‘green certificate’ (aka vaccine passport) system in the European Union (EU) bloc that is slated to be rolled out to all 27 member states by end-June 2020, bringing relief to tourism-dependent member states.

SEA nations should likewise work closely with tech and security vendors and their respective public health services to establish a ‘supply chain’ of information transfer regarding vaccine information within a secure and efficient system, with the aim of both building their digital database of vaccination records. as well as planning towards cross-border travel once their own vaccination rates have surpassed around two-thirds of their respective populations.