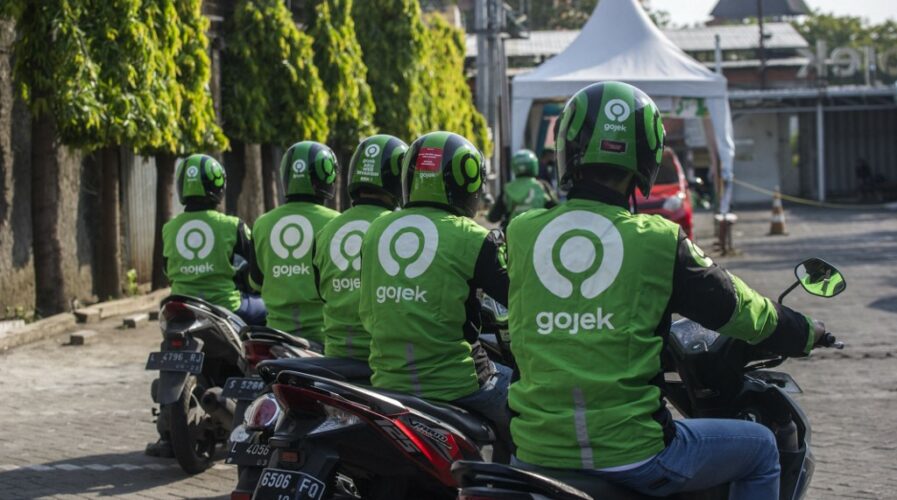 Gojek riders wait for their delivery orders at a distribution centre in Surabaya. (Photo by Juni Kriswanto / AFP)

Tokopedia and Gojek set plenty of tongues wagging earlier this year as talks of a merger between the two Indonesian unicorns surfaced. Last month the deal finally went through, with the blessing of Chinese giants Alibaba Group, Tencent, and JD.com, all of whom invested heavily in the milestone deal.

The merger between these two Indonesian goliaths will give birth to the financial behemoth ‘GoTo Group’, which will offer e-commerce, ride-hailing, food delivery, and financial services among other offerings. GoTo, a portmanteau of the first two letters of each partner’s brand, appears to be a viable contender in not just the Indonesian, but also other Southeast Asian (SEA) markets.

Tokopedia and Gojek: So what’s the deal, exactly?

S&P Global Market Intelligence estimates that the group has a combined valuation of about US$20 billion. Local and regional players, especially Gojek’s nemesis Grab, will see increased challenges as GoTo Group will be sure to pursue aggressive growth, not just in Indonesia, but in SEA as well.

Aside from each giant’s usual services, the deal will “present a variety of growth opportunities in financial services, including payments, consumer finance, and merchant lending,” said Sampath Sharma Nariyanuri, financial technology analyst at S&P Global Market Intelligence. “The combined entity’s fintech business will deepen its ties into both online and offline commerce in the archipelago nation, gaining an edge over its competitors.”, they added.

This puts GoTo Group a notch higher in the fight against regional competitor Grab, which recently doubled its valuation to US$40 billion in one of the world’s largest special purpose acquisition company (SPAC) deals. Just last year, Grab was valued at a whopping US$16 billion.

The natural synergies between Gojek and Tokopedia would also allow the technology giants to cross-sell into each other’s respective pools of customers and increase user stickiness within their ecosystem. Tokopedia’s e-commerce offerings could also be complemented with Gojek’s last-mile delivery solutions, or Tokopedia’s “buy-now-pay-later” schemes integrated with the services of Go-Pay and Gojek affiliate Bank Jago.

While this merger may sound rather intimidating, it seemed to have arisen from troubling waters. Prior to this, both unicorns were seeing falling market shares and bleeding money despite being some of the largest players in their respective local markets, reported SCMP.

Gojek, particularly, was pushed to explore a merger with Grab last year to stave off the damage and expansion failures as their largest investor, Japan’s Softbank, made it clear that it wouldn’t be bailing out portfolio companies.

This proposed merger, however, fell through as several reports claimed that Grab wanted a larger share and control. Additionally, the monopolistic nature of such a union would have been an issue due to anti-competition laws in the region and might result in the same fines Uber faced upon its acquisition by Grab.

Additionally, Gojek has been struggling to fight off Grab’s food delivery services, falling from a 90% market share in 2017 to just 50% in three years. Tokopedia, on the other hand, was facing intense pressure from Sea Group’s e-commerce platform Shopee.

Shopee had been growing aggressively over the years, overtaking Tokopedia on multiple public metrics, and employing 60% more people within Indonesia. On the fintech front, both Gojek’s GoPay and Tokopedia have been facing stiff competition from OVO and ShopeePay, according to a Bank of Indonesia analysis in late 2019.

This marriage will undoubtedly make other regional players nervous, especially since the market for digital payments is rising, especially in Indonesia. Ant Group-backed Dana and Grab-backed OVO, both fintech players, will see heated competition, which might just result in another merger if rumors in June last year are to play out. 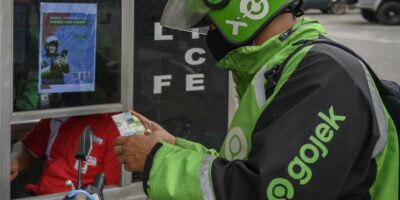 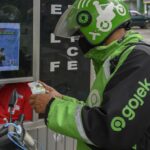 GOJEK CISO ON FIGHTING SOCIAL ENGINEERING, AND OTHER CYBERSECURITY TIPS

Grab commands a powerful regional presence which Gojek had been trying to pierce without success, making barely a dent in the Singaporean market. However, this merger might just give GoTo a major boost to penetrate other markets with a renewed power across multiple digital services.

At the same time, Chinese tech companies with deep pockets such as Alibaba (through subsidiaries like Alibaba Cloud) and Tencent have been strategically making moves to capture various facets of the SEA digital economy. Tencent has announced a regional hub in Singapore, whereas Alibaba affiliate Ant Group is exploring fintech.

Indonesia is home to over 273 million people, making up over a third of the entire SEA region itself. Indonesia is also the biggest economic contributor in the region, with the proof in its 2020 digital economy valued at US$44B, a massive spike after its US$8 billion valuation five years prior

Research by Google, Temasek Holdings, and Bain & Co forecasts that Southeast Asia’s internet economy could swell to US$300 billion (about S$415 billion) by 2025, three times its current annual size. As Grab prepares itself for a US listing, so did the Tokopedia Gojek coupling – with both targeting a similar value of US$40 billion, according to the South China Morning Post last month.

This proposed IPO by GoTo will come on the back of more fundraising, and if successful, will be the first major IPO by an Indonesian tech startup. This positions Indonesia to be a mammoth presence in the SEA digital economy game, should all its players step up their game on the backs of these giants’ movements.