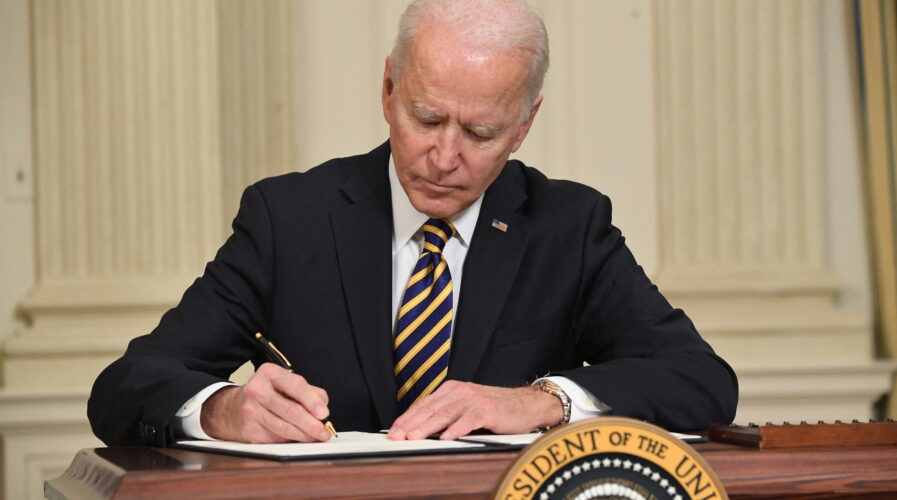 Biden abandoned Trump’s order to ban TikTok & WeChat in the US. What happens next? (Photo by SAUL LOEB / AFP)

Where does the TikTok and WeChat bans in the US stand now?

US President Joe Biden’s decision last week to revoke the ban laid by his predecessor Donald Trump on popular Chinese services like smartphone apps TikTok and WeChat came as a surprise. Given how technology is a driving force of the rivalry between the world’s two biggest economies, the US and China, the move by the country’s new administration is a stark contrast with the chaos spurred on by Trump’s individual bans.

Last summer, former President Trump cast TikTok as the mascot for the US’ growing concerns over China when he signed a series of executive orders to erase the popular short video platform from mobile app stores. It set off a wave of lawsuits and court motions preventing the orders from going into effect, but left the door open for a future administration to take more serious action.

Biden recently did what some least expected – he signed his own executive order (EO) revoking these Trump-era bans and began the process to set new rules for software that is allegedly related to the Chinese government. Biden’s order laid out a fresh framework for identifying the actual national security risks posed by these apps.

The new executive order doesn’t only revoke the WeChat and TikTok ban orders, it targets eight other communications and financial technology software applications including Ant Group’s Alipay and Tencent Holdings Ltd’s QQ Wallet. A separate US national security review of TikTok remains ongoing, a White House official said. After the government reviews each particular app, it can “take action, as appropriate,” the administration said in a fact sheet.

According to a report by The Verge, quoting a senior Biden administration official, “The administration is committed to promoting an open, interoperable, reliable, and secure internet and to protecting human rights online and offline, and to supporting a vibrant global digital economy. “The challenge that we’re addressing with this EO is that certain countries, including China, do not share these commitments or values and are instead working to leverage digital technologies and American data in ways that present unacceptable national security risks.”

Before 2020 ended, TikTok’s fate in the US hung in the balance of a few court orders and the results of the 2020 presidential elections. TikTok was able to get a slight reprieve when the Biden administration took over, raising hopes the uber-popular service would finally be let off the hook. Part of that did come true when Biden signed a new EO that drops the bans on TikTok, WeChat, and AliPay. That said, they’re still not out of hot water as they will still be investigated on their alleged ties to the Chinese government.

The downside however is that Biden’s order could pose a more significant threat to TikTok and other apps with purported ties to the Chinese government. In contrast with Trump’s sweeping bans, the Biden order creates a system for evaluating a slew of foreign-owned apps and recommending more intensive action. Due to ongoing court challenges, Trump-era bans haven’t held up, but this new process could provide new evidence to make it easier for future bans to take effect.

In short, this EO doesn’t exactly mean that TikTok was innocent all along. It could still be found guilty of really participating in China’s data collection campaign on US citizens but it at least now has more time to prove the contrary.