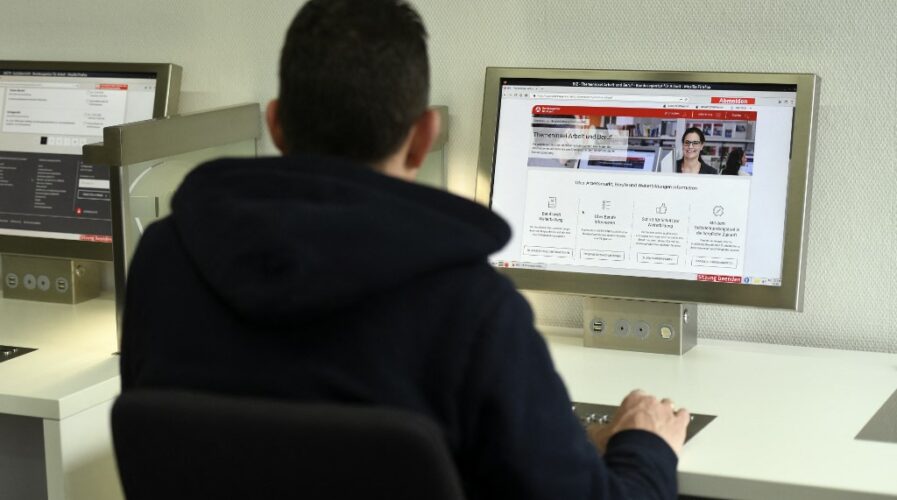 Victims of tech support scams tend to be younger men. Over 90% of victims are also very overconfident of their IT literacy skills. (Photo by INA FASSBENDER / AFP)

60% of global consumers have fallen prey to tech support scams

Despite the introduction of AI-based chatbots in customer service, consumers are still falling for tech support scams. According to findings from Microsoft’s 2021 Global Tech Support Scam Research report, the aforementioned scam is still a huge threat for consumers today with three out of five consumers being targeted by a tech support scammer in the last 12 months.

Compared to previous years, the numbers have dropped but the reality is, consumers are still falling victims to such fraudulent scams. In fact, one out of six consumers (16%) have been tricked into continuing with the scam, a three-point decrease from the previous report in 2018. 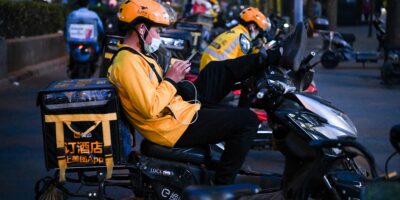 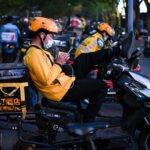 TWEAKING THE DIGITAL PLATFORM EXPERIENCE FOR PERSONALIZATION IN SEA

Chatbots are supposed to help reduce the workload of live customer service agents. In the Asia Pacific, a survey by Forrester showed that 32% of chatbots were most effective in resolving customer queries. However, the survey also showed that 80% of chatbots produced more negative than positive experiences, while 75% of virtual assistants and 85% of speech-enabled virtual assistants also led to poor customer experience. For these reasons, some consumers still prefer speaking to live customer service agents when dealing with a problem.

Consumers in India were three times more likely to continue with a scam interaction than the global average, while consumers in Japan performed best globally, with only 5% of those surveyed proceeding to interact with a scammer. Australia and Singapore saw rates on par with the rest of the world.

Microsoft reported that they receive about 6,500 complaints globally each month from victims of tech support scams. Based on these complaints, one out of 10 millennials and one out of 10 Gen Zers have encountered a scam, fell for it, and lost funds. Riskier online activities as well as sharing email addresses in exchange for content are some of the reasons why they are easily targeted.

Males more likely than females to be victims

Tech support scams happen when a victim is contacted by a tech scammer who is supposedly representing a tech company. The scammer would normally offer services or fixes to issues being faced by a victim. The victim will then be led to phishing sites whereby scammers can get access to their accounts or request victims to transfer payment to them in the hope of getting their problem fixed.

Among those who continued with a scam, the most common issue experienced globally during the interaction was computer problems (30%), followed by compromised passwords (23%), and fraudulent use of credit/debit/store cards (18%).

Interestingly though, the younger users, Gen Zers (aged 18-23) and Millennials (aged 24-37) were found to have continued interactions most when targeted with the scam. This is despite them being the group to be most exposed to technology today.

Despite lower numbers of victims compared to previous years, the victims who fell prey have been losing more money. The survey showed that males have been identified as the hardest hit by scams and to have lost money. Globally, about 20% of the male population continued with the scam and lost more funds compared to only 13% of females.

Additionally, the survey found that most victims overestimated their prowess in computer literacy. Interestingly, over 90% of those who claimed to be “intermediate” or higher in computer literacy skills had fallen prey to tech support scams, compared to only five to six percent who rated themselves as “beginners”. 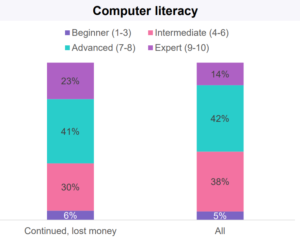 For Mary Jo Schrade, Assistant General Counsel, Regional Lead, Microsoft Digital Crimes Unit Asia, tech support scams are perpetrated globally and target people of all ages. She pointed out that while there is progress made in the percentage of people who declined to engage with the scammers, there is a continued need to monitor and address how the attacks are evolving.

“Tactics used by fraudsters to victimize users online have evolved, from pure cold calling to more sophisticated ploys, such as fake “pop-ups” displayed on people’s computers. Across the diverse region of Asia Pacific, we are seeing attack rates vary according to demographics and habits – yet tech support scams continue to affect all countries. We are committed to online safety and hope these survey findings will help to better educate people so they can avoid becoming victims of these scams,” said Mary Jo.

The survey also showed that more consumers are now turning to websites of member organizations for information on tech support scams this year. With educating consumers on such scams vital for making sure fewer users fall prey, industries are now also looking at how they can better interact with consumers especially when it comes to tech-related queries.

Perhaps now, organizations may actually consider using more AI-based chatbots to help deal with customer queries to minimize such scams. While live tech support agents are still a necessity, its safer for consumers to deal with a bot first before speaking with an actual agent and being scammed in any fraudulent activity.

The use cases of conversational AI will only continue to grow and improve the interaction with customers. Businesses need to understand the technology is not meant to replace their workers. Instead, customer service agents should collaborate and leverage the technology to better improve their productivity, which in turn may also just reduce tech support scams.

As Mary Jo puts it, “Tech support scams will remain an industry-wide challenge until sufficient people are educated about these scams and can avoid them. The best way consumers in the Asia Pacific can protect themselves is to learn about these scammers are targeting people, be suspicious of any unsolicited contact from purported tech company employees and avoid letting people they do not know remotely access their computers.”