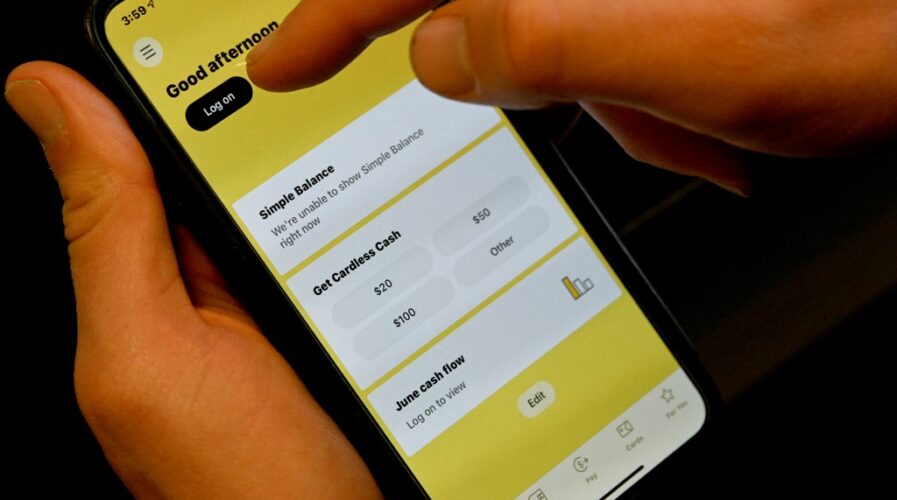 A man in Sydney logs into his bank account through a mobile app. In APAC, digital challenger banks rise up to meet evolving consumer demand. (Photo by Saeed KHAN / AFP)

The reign of traditional banking is being hotly challenged by digital challenger banks and fintech, as the evolving banking landscape has pushed traditional banks to digitalize in order to cater to consumer demand for digital personalized and value-added services.

In fact, we might even see the demise of traditional banking as early as 2030.

Typically, traditional banks have been rolling out their digitalization efforts conservatively, usually with a multi-channel approach. These include improving existing digital channels or ramping up efforts to launch independent digital banking businesses.

Digital challenger banks (DCB), however, enter the market with a fresh new perspective of banking, promising customers better control of and easier access to finance and banking services.

Additionally, banking and finance authorities have been far more liberal with their regulations, making establishment an attractive prospect for new challenger bank players.

The competitive advantage of successful DCBs rests in how they utilize existing assets such as strong brand recognition, existing customer networks, and experience with providing financial services, which are further supported by powerful collaborations that combine different strengths to reinforce their own positions.

Globally, there exist 249 digital challenger banks (DCBs), of which only 13 have been successful and profitable.

What’s most interesting about this is that, out of these 13 successful players, ten of them, or 77%, are based in the Asia Pacific region, according to a new report by the Boston Consulting Group.

As of end 2020, there exists 50 DCBs, or, 20% of global DCBs here in APAC, where 70% were established between 2016 and 2020. Most are backed by consortium players such as tech giants and non-financial institutions (e.g. telecommunications companies).

Aside from capturing the banked consumer market, DCBs are in a prime position to capitalize on capturing the greater under and unbanked market as well.

And by unbanked, we mean a staggering 1 billion individuals, or, 25% of the entire APAC market.

Buoyed by positive market moves, encouraging demographics, liberal regulations, and an increasingly tech-savvy population, India and five key markets in Southeast Asia (SEA) were identified by BCG to have the greatest room for growth. They include Malaysia, the Philippines, Indonesia, Vietnam, and Thailand.

KakaoBank burst onto the banking scene in 2017, amidst a mature and highly-banked South Korean market. In less than three years, they gained over 13 million customers with a lower acquisition cost than traditional banks. How did they do it?

Firstly, KakaoBank leveraged KakaoTalk, Korea’s most popular social network service holding a 97% market share amongst smartphone users. With personalized, highly targeted marketing to millennials, they managed to onboard five million customers, of whom 70% acquired debit cards, only within six months of launch.

Additionally, they utilized their experience with KakaoTalk to deliver effective user interface (UI) and user experience (UX) so customers remain engaged on their app.

Add the ease of sign-up to that, and users were hooked, even if they only offered three basic services. The agility with which they launched services, coupled with their tech expertise and existing market share hold resulted in their great success in the Korean banking sphere.

Fuelled by changing consumer demands, the allure of digital banks rests in how these services can address multiple pain points for consumers, offering consumer control and user-centric services.

BCG recommends players have a focused, but nuanced strategic approach that identifies and solves the specific needs and considerations of their respective market segments.

The scalability and success of DCBs rest on three pillars:

(1) Players should have a thorough understanding of their target markets, and offer a compelling value proposition;

(2) Underpinning technological structures have to be flexible and cloud-native, and

(3) Agility is critical, so full decision-making control and independence are crucial.

Whilst the future of digital banking is going to be challenging, digital disruption in the banking sector will eventually pay off and work to greatly improve economies. Regardless of the player.