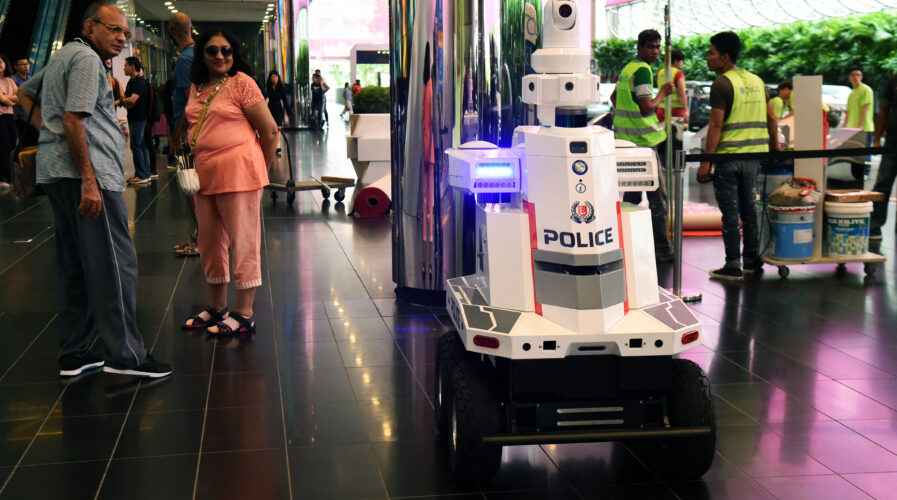 A ‘police robot’ patrols at the Suntec City convention and exhibition centre during the 33rd Association of Southeast Asian Nations (ASEAN) summit in Singapore on November 12, 2018. (Photo by Roslan RAHMAN / AFP)

Are autonomous robots the future of security?

Remember Robocop? He was the coolest cyborg cop enforcing the law without any fear or favor. While it may be a very long time before we see a real Robocop, the idea of having autonomous robots providing security has been rather promising.

Advancements in technology, especially in artificial intelligence (AI) have enabled the creation of robots that can now protect and serve the community. While these robots do not have the brain and body of a real cop, they can pretty much provide some decent protection. 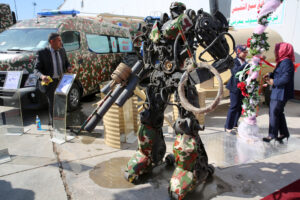 An armed robot is displayed at a security and defence equipment fair in Baghdad on March 9, 2019. (Photo by SABAH ARAR / AFP)

The autonomous robot nicknamed Westy is a K5 model that stands just over five feet tall. Powered by AI, Westy roams the neighborhood complex at human speed. Fitted with four internal cameras that provide a constant 360-degree view, it is also able to scan and record license plates. The AI enables unique digital identifiers as well.

K5 has also been providing its services to the Grand Sierra Resort and Casino in Reno. Autonomous robots like Jackbot monitors surroundings as well with their cameras and an added thermal camera. The K5 seeks out anomalies that suggest criminal activity such as people in restricted areas. It then alerts the casino’s security personnel on duty.

While the results of the ASRs are still tangible, the market demand for such products is expected to grow. It is estimated that the global security robot market is expected to reach US$ 4 billion by the end of 2027. With improved robotic technologies, better IoT sensors, and network connectivity, ASRs may very well disrupt the security industry in the near future. 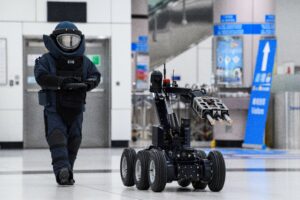 With security being a major concern, businesses want to be assured their security teams are enhanced with the best security and surveillance options. While human security personnel can provide protections, ASRs have a few advantages.

As more businesses and even government agencies resort to ASRs for surveillance and even fight crime, the verdict is still not clear on how effective they will actually be. It is important to note that while ASRs can be used to beef up surveillance, they need to be protected as well.

What about ASRs in the Asia Pacific?

In the Asia Pacific, ASRs are still relatively new to the market. However, the autonomous mobile robot market is expected to grow by 17.5% over the next few years with a total addressable market value of US$67.35 billion for 2020 to 2026.

ASRs have been deployed in several Asian countries, though on a much smaller scale, such as in the Singapore Police Force’s MATAR, and China.

However, there is a larger market for non-security ARs here, such as in the hotel industry. Several hotel chains in Singapore use AR for guest services, such as Sofitel Singapore, that utilize two ARs called Sophie that delivers items such as towels to guest rooms.

Other examples in Singapore include LeoBots and LeoRays. There are over 60 of these robots deployed across Singapore — LeoBots help with cleaning services such as scrubbing, mopping, and vacuuming, while LeoRays are used for UVC disinfection. These autonomous robots were manufactured locally by Singapore-based robotics company,  LionsBot International.

ASR technology is already establishing itself for other use cases in different industries — as demand continues to increase, it is only a matter of time before more use cases are developed for autonomous robots.