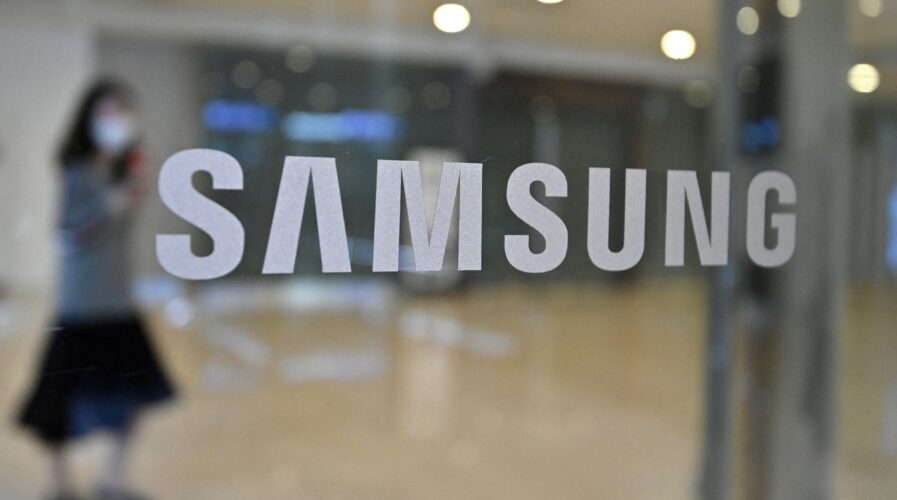 A woman walks past the Samsung logo displayed on a glass door at the company’s Seocho building in Seoul on April 28, 2021. (Photo by Jung Yeon-je / AFP)

Are smartwatches the future of wearable devices?

Yesterday, Samsung Electronics unveiled its One UI Watch at the Mobile World Congress in Barcelona. Developed jointly with Google, the new interface for wearable devices promises performance enhancements and a more seamless experience between smartwatches and Android smartphones.

“To unlock the full potential of these wearables, we’re leveraging our long legacy of mobile innovations and our partnerships with trusted industry leaders who have grown with us in our open ecosystem. Through these efforts, we will enrich our smartwatch experience and convenience of the Galaxy ecosystem for our consumers,” said Patrick Chomet, EVP and Head of Customer Experience Office, Mobile Communications Business at Samsung Electronics.

Wearables not wearing out anytime soon

Interestingly, wearables are fast becoming the most sought-after IoT tool as users want to be connected in any way possible. Apple, which is the largest smartwatch manufacturer in the world, continues to dominate the industry, but with more features being added into wearables, the entire market is headed for a huge shift.

The global market of smart wearables is projected to reach shipments of 776.23 million units by 2026. And, despite the pandemic, 2020 saw 266.5 million units of wearables being shipped out to customers.

The boom in the wearable market has been largely linked to its demand by highly connected consumers today. Factors such as internet connectivity, data-driven analytics, technology integrated into daily activities as well as changing lifestyles have contributed to a demand for better smartwatches. The devices themselves are relatively affordable, with brands keeping pricing competitive.

In healthcare, new wearable devices built with wireless ECG devices and heart rate monitors are readily available. Not only are these devices affordable, but they can also make services a lot simpler for healthcare workers.

Wearable devices are popular, but what about their security?

But with more connected devices in the market, the amount of data generated is also going to be massive. Wearables like smartwatches and fitness trackers send out tons of data, and users rely on the data from these wearable devices to give them analytics on their lifestyle habits.

However, most of these devices do not have strong security features.

This same data is often sought after by cybercriminals as well. Understanding consumer behavior through wearables opens up endless possibilities for businesses and is highly demanded on the dark web. Unlike other endpoint devices, wearables still lack proper cybersecurity features — data transmitted can and have been breached.

Last year, Garmin, known for its wearable GPS devices, suffered a massive breach that affected its users worldwide. Customers were furious as most of them were unable to access their data. A study showed that 88% of customers wouldn’t use services or purchase products from organizations they distrust. Over a third (39%) said they had lost trust in a company that has had experienced a data breach or misused their data. 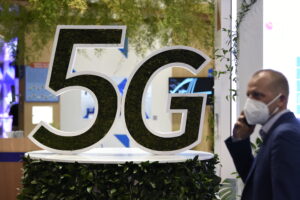 A man uses his mobile phone next to a 5G logo at the Mobile World Congress (MWC) fair in Barcelona on June 29, 2021. (Photo by Josep LAGO / AFP)

Despite cybersecurity concerns, the market is still growing. Wearables are becoming more advanced, and, combined with 5G networking, the possibilities for wearables are endless. 5G would allow these devices to send and get analytics in real-time, making latency issues a thing of the past.

Samsung and Google’s new One UI Watch unified platform is expected to offer new features and integrations with other third-party applications — users would probably just need this one device for music, fitness, wellness, finance, or even directions and work.

Put it simply, the smartwatch could be the ultimate wearable. New features and applications, together with built-in sensors will be able to generate enough data for developers to work on and improve their services. Wearable technology will only continue to improve and provide better features for users in the coming years.