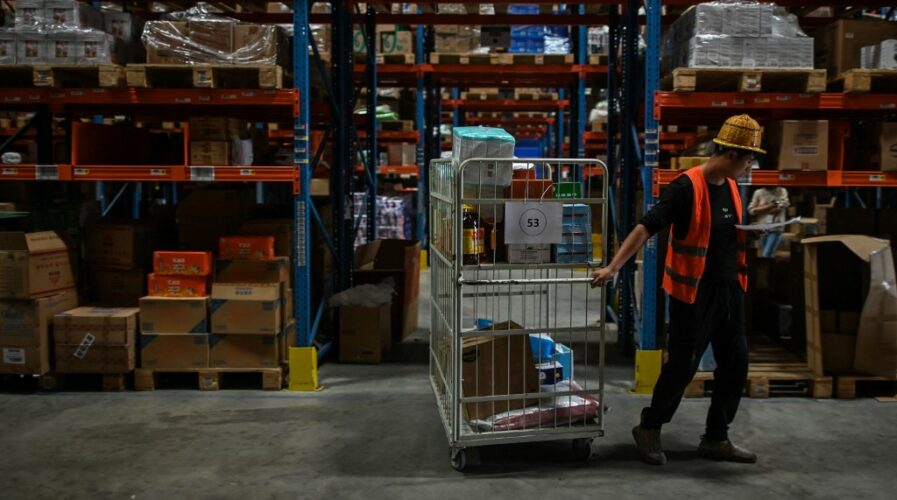 E-commerce events such as Singles’ Day is hugely popular in SEA – but logistics players are struggling to keep up with consumer demand. (Photo by Hector RETAMAL / AFP)

Can tech-powered startups fill the logistics gap in SEA?

Logistics and supply chains are the backbones of economies, so how can regional players keep up with increasing consumer demand? Since the onset of the global Covid-19 pandemic, countries everywhere have been seeing a rising trend in digitalization efforts, most notably in e-commerce and the digital economy.

This is especially glaring in Southeast Asia, where the region’s digital economy’s GMV is expected to reach peaks of US$ 300 billion by 2025, according to the 2020 e-Conomy SEA report by Google, Temasek and Bain.

In fact, they just released a new report for June 2021, which found that over 40 million new users came online in 2020, a 40% increase from the previous year.

The growth of digitalized goods and services consumption

As digital consumption rose, 30% of digital service consumers started using such services during the pandemic, with 94% saying they would continue when the pandemic is ‘over’.

With the increase in digital consumption and e-commerce, traditional logistics players in these nations are also struggling to keep up. The same goes for players offering digital payments, said a CNBC report.

Like before, the supply chain and logistics industries have always been the key drivers of growth for economies, especially those in emerging markets. Whilst e-Commerce has always been a big thing in SEA, consumers are increasingly demanding speed and convenience, a challenge for many SEA nations.

According to a report by ISEAS, the “availability, reliability, and cost-effectiveness of transportation, distribution, financial intermediation, information, and communication technology (ICT) and other services” will be the key factors determining the competitiveness of each country.

The report delved into key trends that drive logistics development in the region. These include economic growth; increasing urbanization; participation in international trade and investment; the rise of e-commerce platforms, and the emergence of economic regional groupings such as ASEAN, which facilitate and enhance trade.

Pain points in logistics differ for ASEAN countries – virtually all ASEAN countries do not have a shared definition of logistics. Worse still, there is little clarity on customs, laws, and governance policies for most of these countries, especially on cross-border trade.

Larger nations such as Indonesia, Vietnam, and the Philippines face tougher challenges to serve a large and widespread consumer base, as compared to smaller ones such as Singapore, Brunei, and Laos.

Complicating that are infrastructural inadequacies, especially in lesser-developed nations and archipelagos comprising thousands of islands, such as the Philippines and Indonesia.

For intermediately sized countries such as Malaysia and Thailand, they have found that seamless cross-border arrangements are favorable, such as the recent Malaysia-Thailand QR cross-border payment arrangement.

Indonesia’s logistics market is highly fragmented and competitive, with a few large companies and thousands of SME logistics players driving up pricing wars.

Complicating this is the lack of technological utilization such as GPS and RFID, mostly due to a lack of technical infrastructure in underdeveloped areas (e.g. Kalimantan with limited electricity).

Since neither of these players can actually service the entire nation, multiple players exist to address different services across the supply chain, which effectively raises costs and complicates supply chain management for shippers.

Some startups are rising to the challenge by offering more robust, end-to-end supply chain solutions powered by technology. An example is Advotics, which offers SaaS (software as a service) for suppliers to monitor their entire supply and logistics chain. Another is Logisly, which aims to optimize truck usage by digitalizing the ordering, management, and tracking of trucks.

Another startup, Locad, recently raised US$ 4.9 million in a seed round. The Singapore-based startup provides an end-to-end e-commerce fulfillment solution for cross-border trade.

Locad currently serves the Philippines, Hong Kong, Thailand, Singapore, and Australian markets. Its solution relies on a cloud software platform that serves as a “control tower,”, so users can receive real-time inventory and order updates across their network. In the future, Locad aims to add on data analytics to enhance its offerings.

Ninjavan is an up-and-coming potential unicorn from Singapore providing last-mile delivery services. So far, they have raised US$ 400 million, and have claimed to deliver over a million parcels across multiple countries. These include Singapore, Malaysia, the Philippines, Indonesia, Thailand, and Vietnam.

Ninjavan leverages social media to allow customers to track their packages in real-time over their preferred messenger, be it Facebook, WhatsApp, Telegram, or others. Ninja Van works closely with e-commerce giants such as Shopee, Lazada, and Tokopedia to directly serve the end-user market.

International logistics giants have also stepped foot in the region’s market, with the latest being UPS in Malaysia, which has previously established its hub in Singapore. The UPS-Parcel Hub partnership will enable local players to access a greater international market with its established global presence that’s underpinned by its technological service upgrades.