Cross-border trade between Malaysia and Singapore continued despite tough movement controls between the two countries. (Photo of the Johor-Singapore causeway by Roslan RAHMAN / AFP)

Cross-border trade has been a key driving force in the development of most of the world since the existence of the first civilizations. From the Silk Road that connected the East and West in ancient times to the goods we purchase online today, it has been essential to the growth of a multitude of civilizations, empires, and nations throughout the course of history.

Decades back, countries in the European Union (EU) collaborated on facilitating cross-border economic activity with free trade agreements. However, the Asia Pacific region (APAC) had been a little on the laggardly side when it comes to improving its processes, laws, regulations, tariffs, and access to financing, especially in relation to global value chains.

Countries in APAC, especially Asia, have primarily focused on improving trade within its sub-regional perimeters, such as within Southeast Asia, or Greater Asia. This can be largely attributed to the proximity of these countries with each other, and the similarity of cultures driving demand for variations of goods similar to theirs.

Although improvements in cross-border trade have dramatically improved over the past decade, the Covid-19 pandemic has been rather disruptive to this industry due to border closures and movement restrictions that interrupted domestic and external supply chains.

Despite escalating trade tensions over the past half-decade between China and the US, or political disputes between China and Japan, the region at large has so far been successful at growing and reducing poverty.

This can be largely attributed to nations sticking by their strategies to boost regional and international trade, such as by keeping trade lines open and free. Access to precious resources such as the exchange of capital, talent, and knowledge on a regional and international scale translated into improvement of their own workforces and eventually, domestic economies.

Asia, which heavily depends on international trade, shows great promise for a post-pandemic recovery — surpassing others even. Admittedly, whilst trade was impacted negatively by the pandemic, heavy damage was largely averted through several approaches.

Tech Wire Asia sought some insights on the impact of digitalization on cross-border trade during the pandemic in Asia in an exclusive interview with Derick Teo, Director, Enterprise Go-Digital Solutions, BIPO.

According to Teo, digital connectivity has been key to helping businesses navigate this disruption. As a result, we see a shift towards a greater reliance on the digital economy, underscoring a need for governments to enable digital trade and accessibility in order to accelerate economic growth and speed up recovery.

Some of the major digitalization efforts that Teo has noticed include how key players have harnessed more robust technology to ensure greater compliance in the end-to-end process, which is needed to instill trust through transparency for all parties. An example is how businesses leveraged digital trade financing platforms such as RYTE, whereas another is by using blockchain tech in the supply chain. 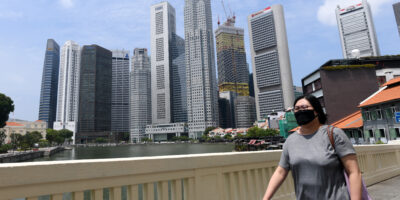 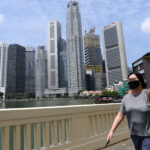 Additionally, the automation of operational services such as salary disbursements or the use of electronic signature tools such as DocuSign for employment contract approvals have allowed businesses to remain strategic rather than being burdened with arduous, time-consuming tasks.

“It would be a myopic view if we consider digitalization as a tool to merely tide us through the pandemic. In fact, the impact will outlast the pandemic as cross-border trade will evolve to integrate a hybrid system of the cloud and face-to-face physical interaction once borders reopen.

“Moreover, businesses will increasingly begin to adopt digital trade as a go-to practice and this will expedite cross-border trades at a quicker pace, leading to the rise of multi-cloud business environments.”, he added.

Teo mused that governments that prioritize digitalization are miles ahead when it comes to building resilience and innovation capabilities. With the right technological infrastructures in place, business efficiency and productivity will increase, which improves cost-effectiveness for companies.

According to Teo, digitalization within a cross-border trade scenario allows for:

Teo, however, cautioned that “there needs to be a cautious balance of scale between countries so that all players can thrive in the trade environment. As such, digitalization is key in enabling greater collaboration and diversification of SEA’s trade economy”. 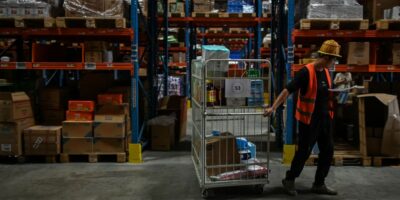 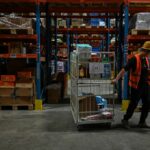 On the topic of ‘future proofing’ the cross-border trade industry, Teo expects to see more businesses expanding regionally at a reduced cost without setting up physical offices.

Teo opines that cross-border trade facilitation ought to be seamless, compliant, and trusted, and delivered through digital integration of tools. Also, trade should constantly evolve and look to other competitive industries such as e-commerce to innovate and keep abreast of the changing consumer behavior and demand.

“We have seen a great improvement since the height of the pandemic last year. In fact, last year we observed that many businesses were looking to expand their footprint across Asia without looking to set up a physical office in the country.

“Such regional growth plans are indicative of a positive recovery rate. While we are still in the midst of the pandemic, it’s great to see that leaders are finding ways to expand cross-border movements, even as travel restrictions persist”, he added.