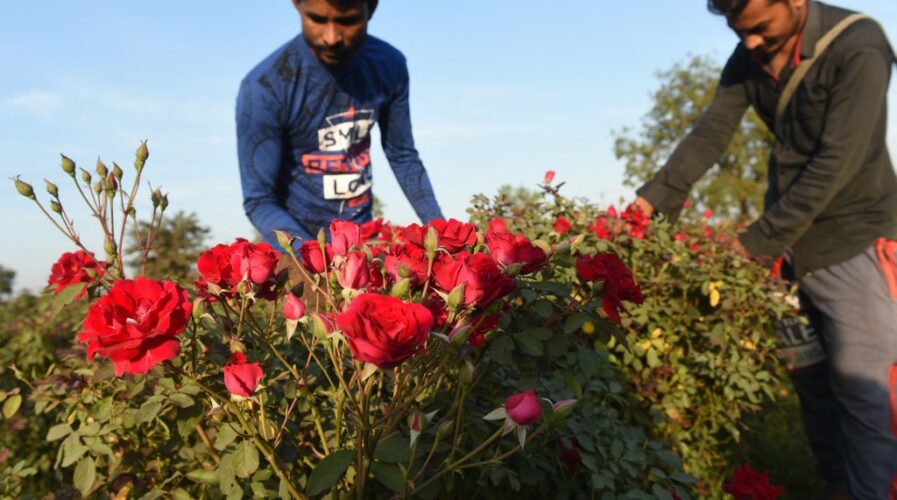 Inclusivity, equal access to technology most crucial to economic development

Economic development in a post-pandemic world is still a ways ahead for many: it has been an economically and financially challenging period for most of the world, and it has had an exceptionally devastating impact on vulnerable and marginalized communities. Whilst inequalities and inequities have always existed, the pandemic has not just exposed, but exacerbated them too.

This is especially prominent in emerging economies like Southeast Asia (SEA), where impeded access to basic necessities is further compounded by financial and physical restrictions. This signals a dire need for countries to inclusively and rapidly reduce and eliminate gender and socioeconomic inequalities and inequities via strategies that include providing safety nets, social protections, increased financial inclusion, and job opportunities.

On technological innovation and digitalization

Research by Google, Temasek Holdings, and Bain & Co forecasts that Southeast Asia’s internet economy could swell to US$300 billion by 2025, three times its current annual size. Additionally, SEA is a hotbed for e-commerce activity, generating US$26 billion in transaction volumes in 2019 alone.

This puts the region in a prime position to see massive transformative digital growth, and overtake other economies.

Whilst the bulk of this pandemic-catalyzed growth may come from demand for e-commerce, other technologically dependent areas are also rising, such as artificial intelligence (AI), fintech, and industry 4.0.

In fact, fintech, encompassing e-payments, digital banking, and the like are hot new areas that have seen an increasing rise in interest across various SEA nations such as Vietnam, the Philippines, Thailand, Indonesia, and Malaysia.

Note that this is of particular importance because SEA comprises over one billion of the world’s underbanked and unbanked populations.

This fact alone demonstrates that people here are hungry for financial inclusion, within a once-unattainable banking landscape.

In order for growth to happen, countries often focus on improving the labor productivity of their workforce, such as through job retention, job creation, and future-proofing the talent pool.

With the devastating impacts of the pandemic, these, together with private and public sector support such as subsidies and upskilling for workers, will prove to be even more crucial in the coming years.

Businesses in the Asia Pacific (APAC) region comprise a whopping 97% of SMEs, employing over half of the combined regional workforce. Additionally, more than a third of the world’s unicorns (startups with a valuation of over US$ 1 billion) are from Asia.

Startups are a prominent stakeholder of the digital economy at large, as their nature lies in the way they innovate and disrupt, often through digital means. They also often require highly skilled and digitally savvy teams.

Attaining post-pandemic recovery and economic growth is heavily dependent on having skilled workforces with the requisite talent and knowledge to capitalize on this digitalization opportunity.

As aptly put by Director-General of the International Labour Organisation (ILO), Guy Ryder,

“To recover better and quicker, governments will need to increase public and private investments in employment-intensive sectors in order to create jobs, and increase labor productivity, consumer confidence, and economic growth.”

Corporations and large players across various industries should also be cognizant of the massive profit gap that has existed prior to the pandemic.

Data by McKinsey & Company in their report “What’s next for consumers, workers, and companies in the post-COVID-19 recovery?” has shown that exacerbation of this profit gap will have dire consequences:

“If this concentration (of the profit gap) persists, there could be a repeat of the “great divide” observed after the global financial crisis when, at best, only a minority of companies, households, and regions enjoy productivity and income growth.

“More businesses will need to share in those gains for the changes prompted by COVID-19 to have a significant impact on productivity growth.”

So whilst Big Tech and corporations seek to further line their coffers, it would be prudent to work together and bridge the skills, technological, and opportunity access gaps with smaller players.

By boosting their survivability and reducing the profit gap there will be long-term benefits for not just economies in the region, but also for larger corporations to continue their operations here.

Whilst we’ve largely spoken about SEA, other Asian countries are still struggling to catch up, especially those with massive socioeconomic and gender disparities. Bangladesh is an example, where women often face severe impairments in receiving equitable rights and opportunities as compared to men.

Thankfully, there are players in the tech sectors that are putting in efforts to slowly bridge the digital and sociocultural divide.

One example is Huawei’s Digital Training Bus initiative, which brings digital skills and education to women in rural Bangladesh through workstation-equipped buses.

With better social mobility, digital upskilling, and wealth creation opportunities, marginalized and vulnerable communities will stand a fighting chance to thrive and further contribute to economic growth down the road.

Together with inclusive, sensible, supportive, and progressive policies by the public sector, and financial, technical, and infrastructural support from the private sector, this duality of forces will be able to push entrepreneurs and communities to not just survive but thrive.

Ultimately, in this hyper-digitalized, post-pandemic world, flourishing digital economies will prove critical to a nation’s — and region’s — economic recovery, and eventual long-term prosperity.