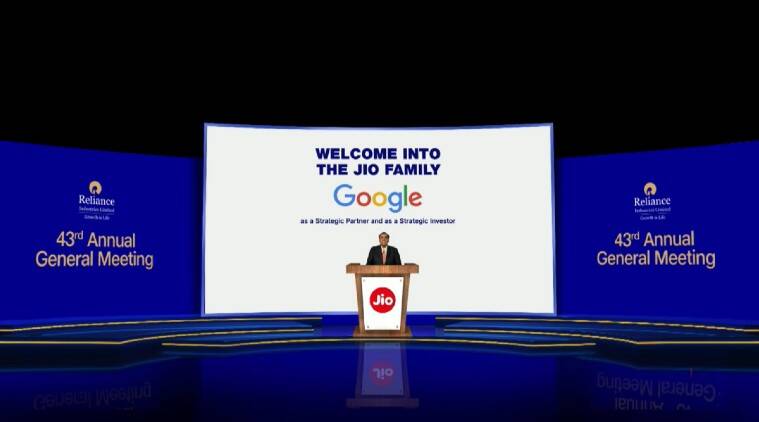 Last month, India’s telecom giant Reliance Jio and Google Cloud teamed up to provide faster internet, assist small businesses, and lay the foundation for the next phase of India’s digitization. The deal between both companies is among Google’s largest cloud deals that may usher in a revenue of US$1 billion for the California-based tech giant, according to experts. To top it off, it will help more than a billion Indians connect to faster and better internet.

The partnership is not just limited to 5G collaboration, but cuts across other avenues such as the transition of legacy Reliance businesses like Retail and JioMart to the Cloud, including developing apps with edge computing, reports claim. The deal with Reliance Jio Infocomm to develop cloud solutions for its enterprise and consumer offerings will help Google earn the latter US$1 billion in revenue, according to analysts.

The deal is amongst the largest for Google Cloud, which is taking competitors such as Amazon Web Services and Microsoft Azure head-on in the domain. According to Economic Times, the partnership is similar to Google’s deal with Deutsche Bank, which has been one of the largest so far for the internet giant. To recall, Alphabet Inc-owned Google set aside US$10 billion for investments in India, starting with the acquisition of a 7.73% stake for US$4.5 billion in Mukesh Ambani’s Jio Platforms.

Basically, Google’s investment in Reliance and its deal win show the depth of collaboration across various businesses of the two companies. The ET report quoted Gartner’s research director analyst Naveen Mishra, who stated that the deal will help Reliance in predicting customer journey, modernizing operations, cross and upsell its customers across the whole ecosystem. The first phase of the application will be 5G and JioMart as they require heavy tech dependence, he added.

What would India gain from Jio and Google?

“It will help more than a billion Indians connect to a faster and better internet… support businesses in their digital transformation and help Jio build new services in sectors like health, education, and more, laying a foundation for the next phase of India’s digitization.

Both tech giants will also launch an ultra-affordable 4G smartphone called JioPhone on September 10 this year. The new phone, jointly developed by Google and Jio teams, will come with an in-built voice assistant, automatic read-aloud of screen text, language translation, and smart camera with augmented reality filters. It will give access to all of Jio’s and Google’s apps and the Play Store, according to Reliance Industries chairman Mukesh Ambani.

Sundar said the US tech giant has optimized a version of its Android OS, especially for the new device. Although the pricing of the proposed device was not disclosed, both companies chiefs’ said it will be “by far” among the most affordable smartphone not just in India, but globally.