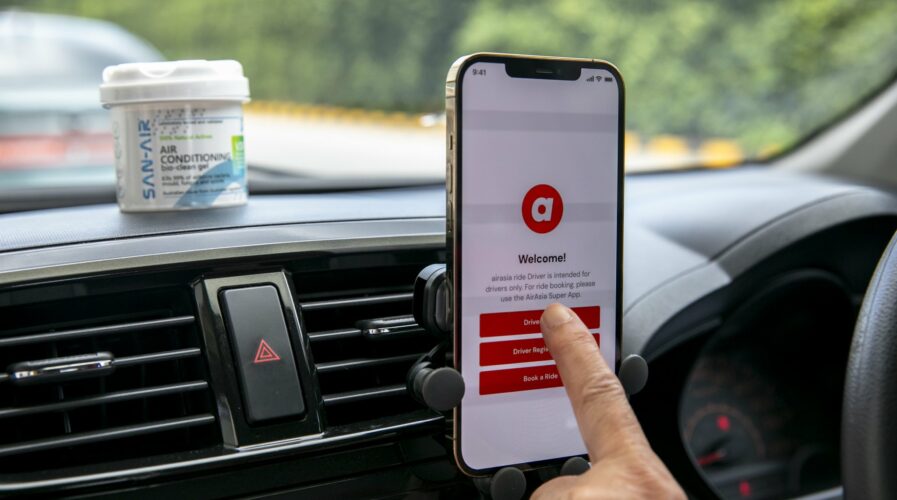 A superapp to a ‘travel superapp’: How AirAsia is upping the anteSource: AirAsia

AirAsia’s steering its super app into the ride-hailing space

Southeast Asia’s first low-cost model airline AirAsia has just become the first airline in the world to have ventured into ride-hailing services — all for the sake of diversifying and cushioning the blow from the pandemic that has stalled the global aviation industry.

AirAsia Ride, launched today as part of the group’s super app, will be initially made available in Malaysia’s Klang Valley before expanding to other cities in the country, and then the rest of ASEAN.

As it is, AirAsia has been taking on the region’s super apps in the food delivery and grocery delivery businesses with the launch of its own services in these spaces since the pandemic started. In fact, just last week, its logistics arm acquired Malaysian food delivery startup DeliverEat for US$9.8 million.

The budget airline’s latest foray didn’t come as a surprise. Chief executive Tony Fernandes had earlier mentioned AirAsia’s intention to enter the ride-hailing business as the firm developed a super app that could take on the region’s most dominant players such as Grab and GoTo.

Just in July this year, AirAsia acquired Gojek’s Thailand business and launched a super app and food delivery service in the country. 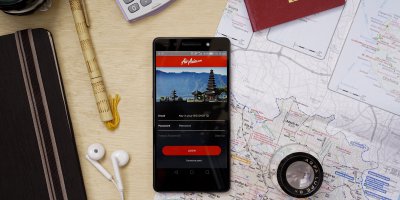 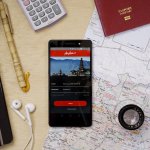 One can attest that AirAsia has been on a transformational journey from a budget carrier to something much bigger — becoming an e-commerce and data and finance behemoth. Although the journey began long before the Covid-19 hit, it is ironically getting a push from the pandemic.

The dynamics of the super app and AirAsia Ride

AirAsia Group’s CEO Tony Fernandes during the virtual launch this morning reckons that the group’s ride-hailing business’ presence will be strong in the airports. “We’ll be strong in the tourism department,” he stressed, noting that existing users of its ecosystem were likely to use its new services. 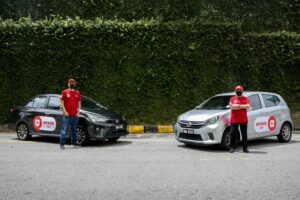 It currently has about 1,500 registered drivers and expects 5,000 more to come on board in the next six months. Source: AirAsia

“This is a zero-sum game. We will be very strong in the airports and tourism markets. People who like our ecosystem will begin to use us,” he said. He added that AirAsia Ride does not only focus on moving people, but also packages and supplements its riders,” Fernandes said, adding that the launch of AirAsia Express too will soon complete the delivery aspect of its super app.

Meanwhile, Fernandes also said that AirAsia travel will eventually be renamed Go Away, which will become the airline’s version of Expedia and Traveloka.

There are also plans to launch an education and a health offering moving forward, although more details on this have yet to be released at time of writing.

Where does AirAsia Ride fit in the ride-hailing game?

AirAsia Ride seeks to provide greater convenience, more competitive prices, and better income opportunities for drivers, according to the company. Chief safety officer of AirAsia Group and Head of AirAsia ride, Ling Liong Tien, shared that the ride-hailing arm currently has about 1,500 registered drivers and with its nationwide expansion, the group expects 5,000 more to come on board in the next six months.

Leading the new offering as CEO is Lim Chiew Shan, who said AirAsia ride stands out from competitors due to its position as a super app that owns an airline. He believes having verticals such as e-commerce, fintech, logistics, and e-hailing add value to its brand proposition too. “This enables us to leverage on AirAsia Group’s rich and vast data and algorithm to provide a seamless and connected journey experience for our passengers,” he explained.

Soon, he added that passengers can also use BIG Points to pay for their rides. AirAsia ride is available by clicking on the “Ride” icon on the AirAsia Super App. AirAsia super app CEO Amanda Woo also noted that there is the potential for AirAsia Ride to integrate with its logistics arm Teleport, to complement the logistics and delivery services.

“Another exciting product innovation in the pipeline is a partnership with electric vehicles to spearhead the drive for sustainability in mobility for ASEAN,” she added. What sets AirAsia Ride apart from the rest of the e-hailing players is that drivers take 85% of the net fares (excluding toll charges), higher than other ride-hailing providers in the market, according to the group’s blog posting.

Whilst ride-hailing services have been facing a lack of passengers due to large-scale movement restrictions across the region, this latest move from AirAsia appears to come at an opportune time to disrupt the Malaysian ride-hailing industry that’s monopolized by regional decacorn Grab.

Grab, which pre-pandemic made most of its revenue from ride-hailing, has been holding its position in the Malaysian ride-hailing space post-Uber acquisition. When the pandemic hit, it pivoted to deliveries, which has so far been its greatest source of revenue over the past year.

Whilst smaller Malaysian startups such as MyCar and Mula have attempted to break into the ride-hailing market, a possible lack of robust technologies and smaller marketing budgets have not quite given them the capability to capture a larger market share of both consumers and drivers.

As countries like Singapore and Malaysia are looking to relax movement restrictions soon for fully vaccinated residents, ride-hailing uptake is expected to gradually increase. This entry by AirAsia, strongly backed by robust technologies, will give consumers a wider breadth of choice for their ride-hailing and delivery needs.