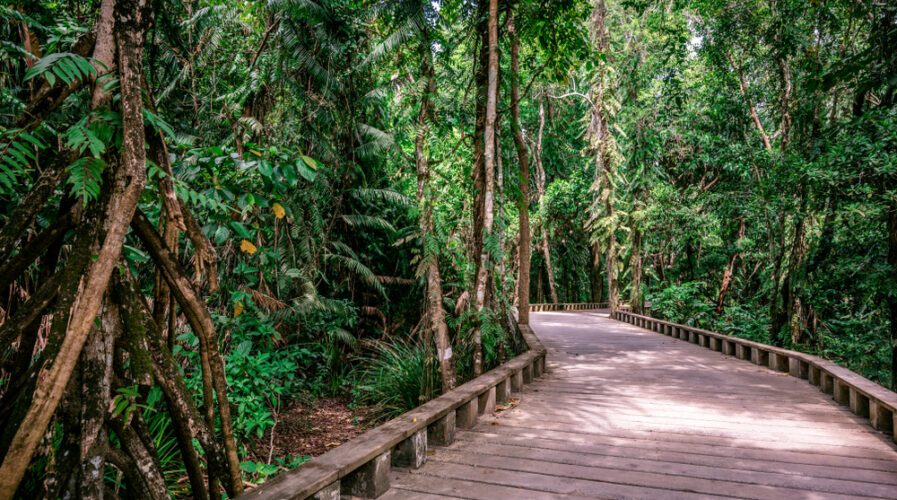 The Palawan rainforest is home to a rich array of biodiversity that’s in danger of extinction.

Can this smartphone system save the Philippine’s Palawan rainforest from destruction?

Palawan, an island in the Southwest Philippines, is world-renowned for its exquisite natural beauty and promise of adventure for tourists. Unfortunately, it’s also being attacked by opportunists — so how can this simple smartphone system help protect it? The Philippines comprises over 7,000 islands, most of which are teeming with a rich array of flora, fauna, and marine life — and are at risk of destruction.

Palawan, the tropical treasure of the Philippines

The Palawan rainforest has been touted as the last of the ecological frontiers in the Philippine archipelago, accounting for most of the nation’s forest cover. Rainforests, found all over the world, play integral and practical roles in achieving ecological balance.

The immense biodiversity of the Palawan rainforest ensures that locals have sufficient clean drinking water, and helps prevent natural disasters such as landslides. Most importantly, rainforests such as Palawan’s absorb the greenhouse gas carbon dioxide (CO2), a leading cause of highly destructive climate change around the world.

The outlook for rainforests around the world is beyond gloomy. Out of the 15 million square kilometers of tropical rainforests that once existed, only six million remain, says The Nature Conservancy. Palawan in particular is losing approximately 5,500 hectares of rainforest yearly due to increasing encroachment of agricultural and residential land, frequent forest fires, and commercial and illegal logging. Forest rangers are also at risk of extreme danger from armed illegal loggers, who have caused the death of 18 loggers from 2001 to 2019.

Thankfully, the evolution of technology, coupled with its proliferation and innovation, has resulted in possibilities for collaborative efforts to continue protecting the Palawan rainforest.

To deal with animal poaching and illegal logging, a monitoring system powered by Huawei Cloud has been deployed in five protected areas across Palawan: Cadlao Island, Maranlao and Pasadena in El Nido, and New Guinlo and Pancol in Taytay.

Dubbed the Rainforest Guardian system, it utilizes old mobile devices to monitor and record sounds of human activity such as chainsaws and vehicles, as well as capture data on animal behavioral patterns. Natural forest sounds are distinguished from them through the use of artificial intelligence (AI), which detects and then uploads them to the cloud on the Smart Communications network.

This information is then sent to forest rangers via RFCx’s mobile app. DENR forest rangers receive real-time alerts of sounds from chainsaws, trucks, and other indicators of forest destruction, which enables them to take quick action.

Smart Communications, as RFCx’s first Filipino telco partner, provides the five pilot sites with wireless connectivity. The system has shown promising results since its rollout in January 2020, identifying illegal logging which is then verified and addressed by forest rangers.

The Forest Guardian system can be considered a successful proof of concept which can be rapidly and easily deployed in other countries with similar issues. Huawei expects the system to be able to double its coverage area by 2021.

Encouragingly, RFCx estimates that the system’s coverage may boost carbon dioxide (CO2) absorption by 30 million tons, which has the same impact as removing six million cars off the roads. Moving forward, RFCx and Huawei will continue optimizing the sound monitoring system, adding web and mobile interfaces.

Sound data from multiple sources can then be aggregated through an API, which can help to scale up recording and analyses for the AI learning model.

With better monitoring, the ecological ecosystem of one of the world’s few remaining rainforests can be more effectively protected and conserved – and hopefully, the other precious rainforests too.