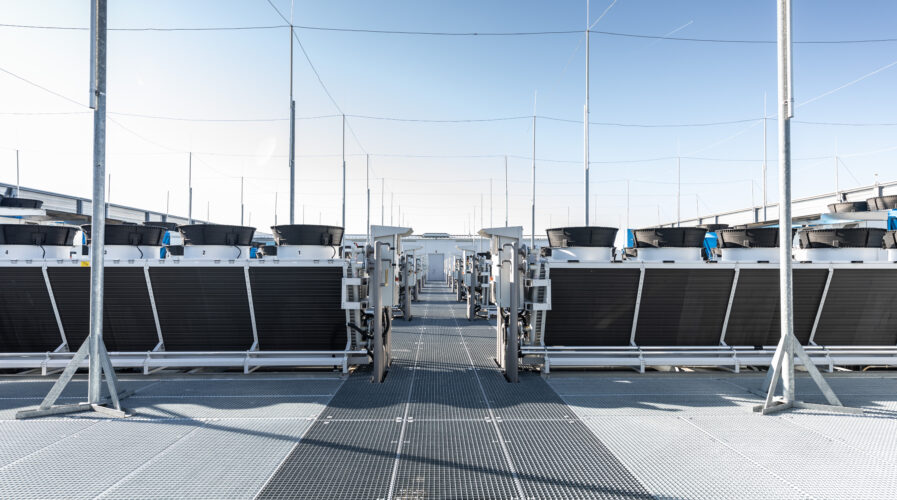 NTT’s hyperscale data centers are all over the world, with this one in Zurich, Switzerland (IMG/NTT)

The Economic Times quoted PayU’s CTO Shantanu Preetam who believes by 2022, the hyperscale data center market will grow to US$80 million. This is with a compounded annual growth rate of 27 percent — and most of this growth will be seen in the Asia Pacific region.

Despite dismal data center infrastructure spending in 2020 due to the pandemic, pundits expected a huge rebound this year, and this seems to be paying off with various entrants investing hugely into the APAC region.

Market leader NTT, in a recent release, announced the launch of more hyperscale data centers as well as expansions of existing ones around the Asia Pacific and the rest of the world.

They include key markets such as London, Singapore, Tokyo, and Virginia in North America. Its expansions in data center services will provide increased data center capacity and network connectivity across all geographies.

Over in Indonesia, Jakarta 3 will launch 15MW at Bekasi, approximately 30km from Central Jakarta, by the end of 2021. According to NTT, clients will be able to easily connect with IXs and ISPs.

Additionally, Cyberjaya 5 in Malaysia started to provide 6.8MW and plans to expand another 6.8MW to the Cyberjaya campus. Malaysia recently saw tech giants Google and Amazon promising to invest between RM12 to RM15 billion (US$2.96 – US$3.70 billion) to build hyperscale data centers by 2023.

In Japan, a new data center with 21MW of IT load capacity has been built in Tokyo. In response to strong demand from its clients, NTT is considering further expansion in Bangkok (Thailand), Osaka Metropolitan area (Japan), and Southern Vietnam.

More expansions and launches in India

Data centers are growing exponentially in India, as cloud adoption, as well as data consumption and generation by half a billion digital users, are reaching unprecedented levels. As a result, India is among the major players in the data center sector in the APAC region.

With NTT’s Mumbai 8 going live soon, the Chandivali campus, India’s first operational hyperscale data center park, will reach 85MW of IT load. Over the next 18 months, four new hyperscale data center parks will also become operational: two in Navi Mumbai and one each in Chennai and Delhi, adding approximately 133MW of IT load and 50,000m2 of floor space.

According to NTT, interconnections for 10 data centers across India will also be rolled out in 2021, and submarine cable landing stations are planned in Mumbai and Chennai. This expansion will further consolidate NTT’s number one position in the Indian market.

In addition to the expansion of NTT’s global data centers, the company is currently constructing a “MIST” large-capacity submarine cable connecting Singapore, Malaysia, and India (Mumbai and Chennai). NTT believes this will provide businesses with a secure platform for increasing full-stack ICT service needs.

The MIST cable system will have a total length of 11,000 km: a distance which is further than flying from New York, across the US, and the Pacific Ocean to land in Tokyo. Construction will complete in mid-2023.

Masaaki Moribayashi, President and Board Director for NTT Ltd. said, “The pandemic has dramatically changed our way of life. People’s quality of life now fundamentally depends on this infrastructure. In the next 18 months, NTT plans to increase data center operations by 20% to a total of over 600,000m2 (approx. 6.5M ft2) of floor space in over 20 countries and regions.”

According to Moribayashi, NTT will additionally globally expand approximately 30 connection points of GDCI service in their data centers to optimize the enterprise hybrid cloud environment over NTT’s data centers and network services.

NTT has already started construction to add 300MW of IT load to its portfolio. With the completion of new data centers, expanded campuses, and high-capacity networks such as the MIST submarine cable, we are building a connected future that will benefit NTT’s clients around the world.