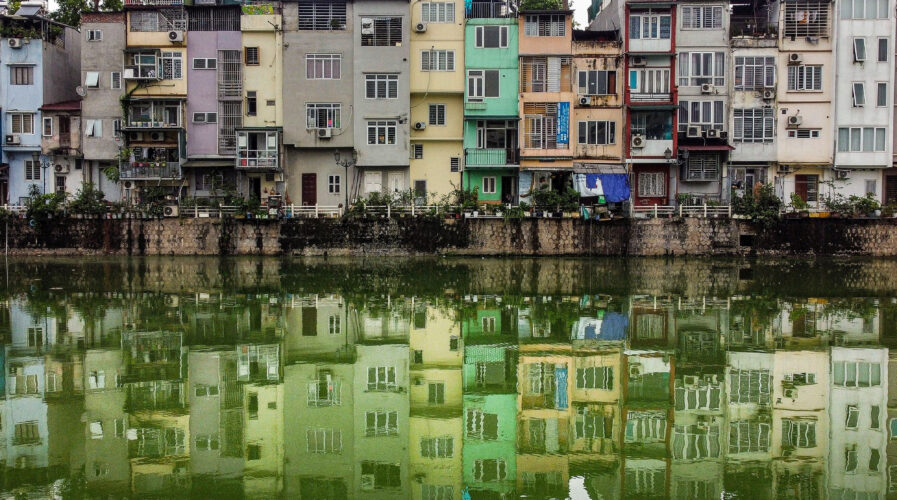 Could Vietnam be the next fintech battleground of Southeast Asia? (Photo by Manan VATSYAYANA / AFP)

Could Vietnam be the next fintech battleground of Southeast Asia?

Over the last few years, Vietnam has been shaping up as Southeast Asia’s powerhouse. Most recently, the country even appeared as the only single economic success story in the coronavirus era, maintaining steady positive growth as other economies struggle to recover. To top it off, a surge in foreign investments and strong government support have even fueled the fintech ecosystem in Vietnam.

So, it is inevitable to witness the nation’s digital economy rising – making it one of the fastest-growing economies in ASEAN regions. As one would expect, the fintech opportunity in Vietnam is real and many companies in the country are getting in on it.

To recall, in 2018, fintech alone contributed to the largest funding in Vietnamese startups, outperforming sectors such as e-commerce.

In the same year, foreign investors invested US$117 million into Vietnam’s fintech startups. To top it off, Vietnam’s fintech ecosystem has grown strongly in the past few years – there are 113 active fintechs now vs 44 in 2017. The country is second only to Singapore in Southeast Asia in terms of funding flows.

Currently,  MoMo, short for Mobile Money, launched in 2013 and is Vietnam’s biggest e-wallet. Entering the market early gave it time to cultivate relationships with tens of thousands of offline stores and connect them with the technology to transfer money between bank accounts. Today, Momo claims 60% of Vietnam’s mobile payments market, processing an annualized US$14 billion worth of transactions for more than 25 million users, according to the company. 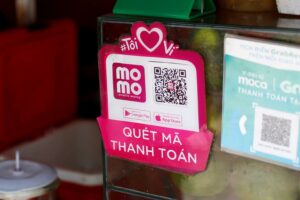 Dozens of companies, including Southeast Asian tech giants Sea and Grab, have entered the space and are burning cash to acquire users. Analysts predict very few will survive the battle, not just against each other but also against similar services from banks and telecommunications firms.

Looking at statistics, Vietnam has a tech-savvy population, as indicated by the high mobile penetration rate of 141%, and strong high-tech exports (40% of total manufactured exports versus just 20% for EM peers). Above all, Internet access is also incredibly cheap. 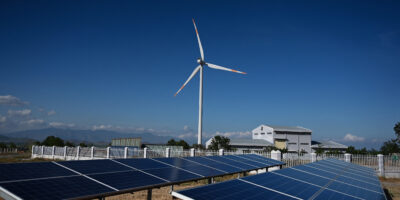 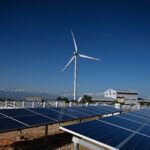 VIETNAM IS ASIA’S NEXT GREEN ENERGY POWERHOUSE. HERE’S WHY.

The downside remains the poor rates of financial inclusion — well below its EM peers, with below-average bank account penetration and limited access to bank branches and ATMs. For these reasons, Vietnam remains a predominantly cash-based economy.

Even for online purchases, close to 90% are settled through cash on delivery, the highest proportion within Southeast Asia.

Bringing both together — a strong domestic technology skills base, and the low penetration of the formal financial sector — Vietnam presents an ideal environment for fintechs to thrive.

Based on Tellimer’s data, a developing markets-focused investment research hub, the fintech landscape in Vietnam is dominated by payments and lending firms, which together account for over two-thirds of the total fintech population, compared to a 57% average across other emerging markets.

Besides that, given how the Vietnam fintech landscape is currently very focused on payments and lending, players are actively looking to diversify and differentiate their offerings by introducing new products, both within their sector and in new sectors. Some Vietnamese fintechs planning to expand their product base include Lendbiz, Smartnet, and OnOnPay.

Interestingly, the survey found that entering strategic partnerships could help fintechs deliver on their growth objectives by giving preferential access to customers and products. Tellimer said some fintechs including Yolo, Weedigital, and Fundiin are planning to form partnerships in the future.

Even experts reckon the market may eventually consolidate into two or three players and given how the investors behind many players have very deep pockets, the constant flowing in of funds will have many companies coexist. Fair enough, that battle looks set to intensify.

VNLife, an operator of mobile wallet VNPay backed by SoftBank Group’s Vision Fund, said in July it raised US$250 million from General Atlantic, Dragoneer Investment Group, PayPal Ventures, and others. MoMo, which said in January that it raised US$100 million from a group of investors including US private equity fund Warburg Pincus, is already considering raising additional capital, according to people familiar with the matter.

It is, however, worth noting that regulation may be a forthcoming potential risk for the entire sector. Fintech start-ups have grown partly thanks to a favorable regulatory environment. Since the country’s central bank says there are 39 e-wallets in Vietnam, sensing a growing threat from fintech companies to the financial system may push Vietnam to do what many other countries, especially China, are doing — step up scrutiny.