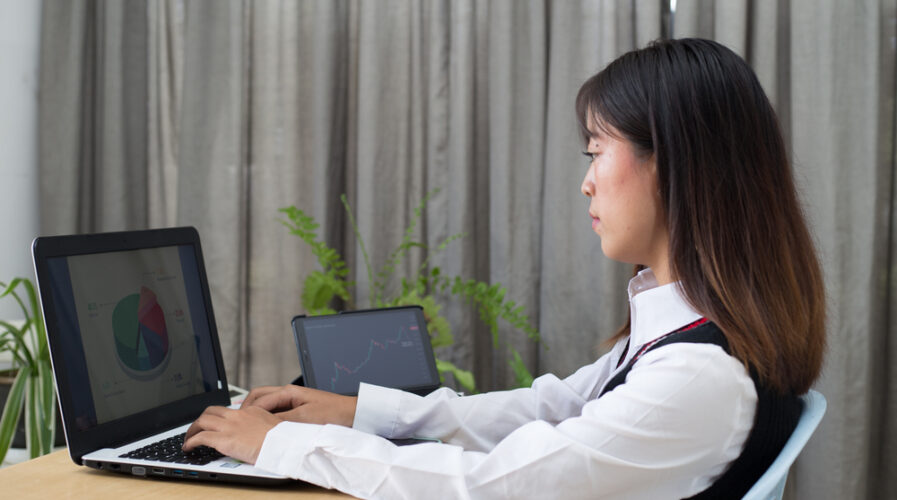 One would think that in a world turned upside down by a global pandemic, upskilling oneself would lead to better labor force participation.


Well, this may be true — unless you’re a woman, apparently.

More women than men upskilling during the pandemic

A report released by Coursera earlier this month highlighted some sobering — but arguably unsurprising — yet, promising insights into the Malaysian and global labor markets affected by the Covid-19 pandemic.

The Coursera Women and Skills Report 2021 found that during the pandemic, women globally have been upskilling and reskilling themselves through online learning — at a higher rate than men. The following numbers are important because these were significant increases catalyzed by the pandemic.

Emerging countries have seen the most dramatic year-over-year increases. Particularly in the Asia Pacific, new enrollments by women in Sri Lanka grew by 179%.

The most dramatic increase in APAC and the world came from women in the Philippines, with a whopping increase of 774%.

This has not gone unnoticed by those of working age, especially women, if Coursera’s findings on increased women enrollment in STEM courses are anything to go by.

STEM courses impart many high-demand skills for a digitally-intensive employment landscape of the future. These skills include digital marketing, programming, data analysis, and business analytics, among others.

Whilst women overall tended to gravitate towards non-STEM courses, the gender gap in training for digital jobs is narrowing.

There are some interesting statistics from the Asia Pacific, too. In Australia, the skill proficiencies of women in data science and mobile development are 7% and 6% higher than the global Coursera average, respectively.

In India and the Philippines, women are on par with global skill proficiency averages for web development. In Singapore, women are as proficient in data analytics as compared to global averages.

Is upskilling the key to fixing a broken jobs market?

Whilst all these have resulted in a narrower learning gender gap, the unfortunate truth is that the gender employment gap is still increasing.

“While education is not a panacea, the (report) indicates that the gender gap in online learning narrowed during the pandemic, even as the gender employment gap widened”, opined Jeff Maggioncalda, Coursera’s CEO.

Globally, women have suffered disproportionate job and income losses. This is partly due to their over-representation in some of the hardest-hit sectors, such as accommodation, food services, and manufacturing.

Unnervingly, the International Labour Organisation (ILO) estimates that 13 million fewer women will be in employment in 2021 as compared to 2019. However, the employment rate for men is expected to recover to 2019 levels.

Only 43.2% of the world’s working-age women will be employed this year — compared to 68.6% of working-age men.

Variations in job and income losses were not equal across the board, though — the highest reduction in women employment in 2019 was felt in the Americas (9.4%). In Europe and Central Asia, there were a 2.5% and 1.9% decrease for women and men respectively.

In the Asia Pacific, those numbers were much higher at a 3.8% decline for women, whereas it was 2.9% for men. These rates are almost on par with the Arab States, where 4.1% of women have lost their jobs. Except, theirs is in stark contrast to men’s — at 1.9%.

Even as women continually face a multitude of odds, particularly because of and especially against a gloomy backdrop of an ongoing deadly pandemic, one fact is that this gender inequity in employment runs deep — far deeper than any learning, upskilling, or reskilling can purport to help.

Nevertheless, despite the exodus of women from the labor market during the pandemic, a few promising trends are emerging, showcasing their collective strength and perseverance.

Their determination and resilience to survive and thrive, such as by learning new skills and/or improving their skillets — regardless of age group or region, is nothing short of being tremendously remarkable.

In the next issue on this two-part series on how the pandemic has affected women and their employment prospects, Tech Wire Asia explores how and what can be done to ameliorate the effects of gender inequality in the workplace.

EMPLOYMENT
DIGITAL SKILLS
WOMEN AND EMPLOYMENT DURING THE COVID PANDEMIC