Is energy efficiency alone enough for companies to do their part in mitigating climate change?

The Asia Pacific is where 60% of the world’s highest growing population resides. It also consumes half of the world’s energy supply. Unfortunately, most APAC nations are still dependent on fossil fuels, although many are keen to transition to clean and renewable energy sources.

Fossil fuels, however, are a key cause of global warming due to the greenhouse gases they produce, which in turn, leads to climate change.

Climate change has resulted in and will continue causing catastrophic natural disasters, mercurial temperatures, and environmental and ecological degradation around the world — unless we collectively reduce our carbon footprints to levels enough to slow down the impact of our activities.

As such, it is imperative that this growing region looks to not just cleaner, but also affordable and sustainable energies to fuel its growing population.

However, energy markets remain among the most challenging in the world for organizations seeking to source 100% renewable energy.

Energy efficiency has been around since the 90s, but it’s still an immensely valuable strategy today to meet decarbonization goals. But is it enough?

Whilst energy efficiency is important, it only helps to allay part of the bigger problem of energy needs. The core issue behind energy consumption is still needing to address the need for energy that won’t burden the world with more carbon — especially one that runs heavily on technology and hardware. So eventually, the future of energy will have to be green and clean.

As such, Haig believes that a focus on collaboration and partnership in the industry and public sector in each market would be the way forward to meet the region’s clean energy needs.

Taking Amazon, for example, they are making progress by working with governments and utility suppliers around the world to help bring more new renewable energy projects online. 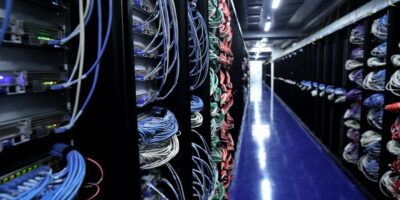 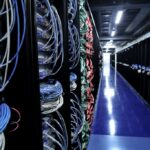 One way they are doing this is through Corporate Purchase Power Agreements (CPPAs), or, site energy contracts.

As noted by Bloomberg New Energy Finance (BNEF), corporate renewable power purchase agreements (PPAs) — in which a developer builds and maintains the project on the buyers’ behalf, in exchange for a long-term fixed contract for power renewable energy certificates — have become one of the biggest drivers of growth in new renewable power projects around the world today, including APAC.

CPPAs are a core part of Amazon’s strategy to bring more renewable energy to electricity grids around the world at no cost to local energy users.

The issue with publicly funded PPAs

In the past, public funding has often been essential to enable renewable energy to compete with fossil fuels when it comes to price per megawatt-hour (MWh).

With CPPAs, the cost of the building of the renewable energy source, such as a solar or wind farm, is covered totally by the corporate purchaser — in this case, Amazon.

In many markets in APAC, the only option for bringing new/additional projects is through investment in captive self-generation projects. But owning and operating generation assets is not a tenable option for most corporate renewable energy buyers such as Amazon. 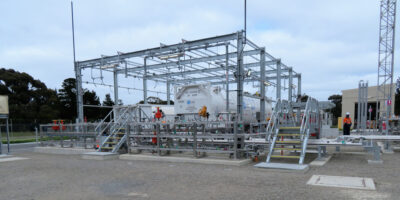 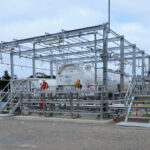 This is because building and maintaining renewable power projects is not a core competency of such companies, and diverts from meeting core business needs, such as focusing on customers, reducing costs, and increasing innovation.

Hearing from Haig, it seems that corporate partners can only do so much — the rest of the work has to come from other stakeholders as well.

“Countries in Asia can really learn from the collaboration between public and private partners in other markets that are enabling better renewable energy procurement mechanisms.

“This makes it easier for corporates to invest in utility-scale renewable energy projects in the region”, he added.

So how can smaller businesses do their part?

According to Haig, customers migrate workloads from on-premises data centers to cloud service providers (such as AWS) to increase agility, drive innovation, and achieve cost savings, among other reasons.

However, to have an actual positive impact on the environment,  it’s not as simple as just moving to the cloud. Choosing a cloud or web service provider has to be a careful process to ensure that said provider has the capabilities and scale to ensure that their operations are sustainable and clean.

As opposed to on-premises infrastructure, a move to cloud infrastructure can reduce a company’s carbon footprint by as much as 78%, claims a recent Amazon-commissioned study by 451 Research (part of S&P Global Market Intelligence).

Additionally, if cloud service providers were able to run their operations on 100% renewable energy with greater access to renewable energy sources in APAC, that carbon reduction with the move to the cloud gets an additional boost to up to 93%.

For what it’s worth, energy efficiency is still important

For AWS, Haig states that the organization has always focused on energy efficiency and continuous innovation in its data centers. “We closely track our resource usage to optimize utilization, reduce energy, and increase operational excellence.

“Our scale allows us to achieve much higher resource utilization and energy efficiency than the typical on-premises data center, especially because the AWS Global Infrastructure is built on Amazon’s own custom hardware — purpose-built and optimized for workloads run by AWS customers.”

An example of the hardware that Haig speaks of is “Graviton 2”,  the ARM-based chip designed by AWS. “This is currently the most power-efficient processor AWS offers to customers as Graviton 2 processors provide better performance per watt than any other EC2 processor,” shared Haig.

With the world’s increasing need for computing and other IT infrastructures, hardware innovations like the Graviton 2 will be critical to assuring that workloads of the future can be sustainably powered — at least, on an energy efficiency front.

According to the International Energy Agency, cloud-enabled innovation can spur exponentially accelerated energy systems transformation and more sustainable development. This will enable far greater speed and scale in delivering on decarbonization goals, and applies universally to all markets, whether as a part of earlier or later stage national decarbonization strategies.

Some examples of said innovations include harnessing cloud-enabled digital technology such as AI, machine learning, edge computing, connected homes and factories, and IoT.

“For example, governments and organizations can use cloud-based AI/ML techniques to enable more precise forecasting and responsive utilization of energy storage devices.

“(they can also) accelerate the output of flexible demand-side energy management approaches and optimize operations and logistics and transform transportation sector energy use and associated emissions”, he shared.

Ultimately, efforts to reach decarbonization goals cannot be achieved if entities work in silos. Cooperation by public and private stakeholders through partnerships and agreements should be supported and enabled by governments as part of their Paris Agreements.

Importantly, committing to these agreements is ultimately key to seeing true change happen for the good of the world.