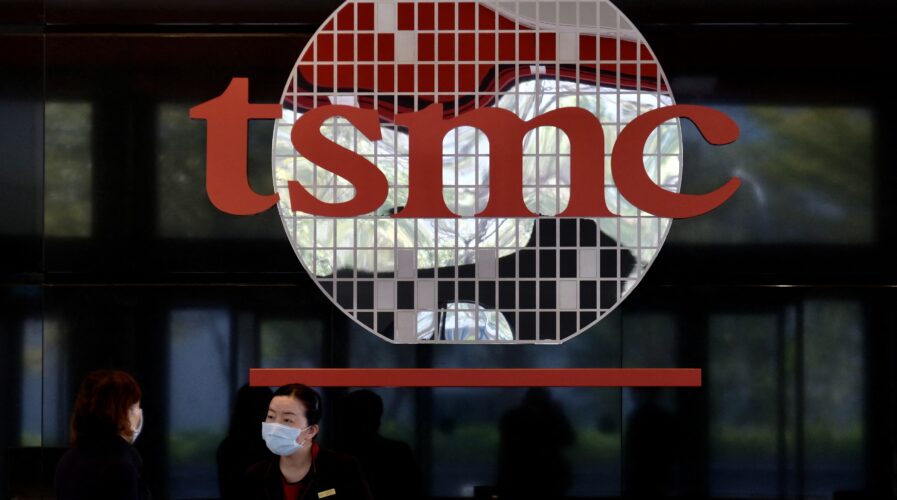 Can a collaboration between TSMC and Sony ease the global shortage of semiconductor chips? (Photo by Sam Yeh / AFP)

Just how impactful will TSMC and Sony’s semiconductor factory be?

It has been more than 18 months since the pandemic struck, leading to a global shortage of semiconductor chips. Ever since then, numerous countermeasures and collaborations were announced between industry players in order for supply to meet the growing demand.

The latest talk of the town is a possible collaboration between the world’s largest contract chipmaker, Taiwan’s TSMC, and Japan’s Sony Group Corp.

First reported by Nikkei Asia, it is also said that the Japanese government is ready to cover up to half of the US$7.15 billion investment. The new factory by both the companies would be built on Sony-owned land in Kumamoto Prefecture.

The goal, according to the outlet’s anonymous sources, would be to have the US$7 billion construction project finished in time for the factory to be fully operational by 2024.

This collaboration seems timely, as the ongoing chip shortage has prevented many companies from meeting industry demand. In response, companies and countries around the world have been scrambling to become self-sufficient.

According to the report, “the factory will make semiconductors used in camera image sensors, as well as chips for automobiles and other products, and is slated to go into operation by 2024”, adding that the factory would be TSMC’s first chip production operation in Japan.

The factory will have an expected output of 40,000 wafers per month based on the 28nm node.

With manufacturing bases in Kumamoto and Nagasaki prefectures, Sony currently controls half of the world’s market share for sensors used in smartphones and cameras. The sensors are manufactured in-house, but the semiconductors that process images are procured from third parties, including TSMC.

Nikkei Asia even noted that Japan’s top auto parts maker Denso is considering being a part of the project by setting up equipment at the site — “The Toyota Motor group member seeks stable supplies of chips used in its auto parts.”

However, in exchange for subsidizing the project, the Japanese government “will seek a commitment” that supplies of these chips will prioritize the Japanese market’s needs first.

To recall, in April this year, TSMC CEO CC Wei expected chip supplies to remain constrained, at least until late 2022. CEO Lisa Su, of another major player AMD,  said in September that she believed supplies would improve by next year.

According to Omdia, 28nm semiconductor chips are slated to see strong growth, at least up to 2025, due to their good value for money, as well as applications in various industrial and consumer products such as OLED TVs, IoT devices, and edge computing.

However, whilst it seems that measures like this will ease the global semiconductor shortage now, the IDC market research group reckons there could be an oversupply problem by 2023.

The probable upside to that, however, is that consumers are likely to enjoy cheaper products that utilize these chips, and hopefully, this would result in cheaper costs for businesses and enterprises at large to drive higher cloud and edge uptake.