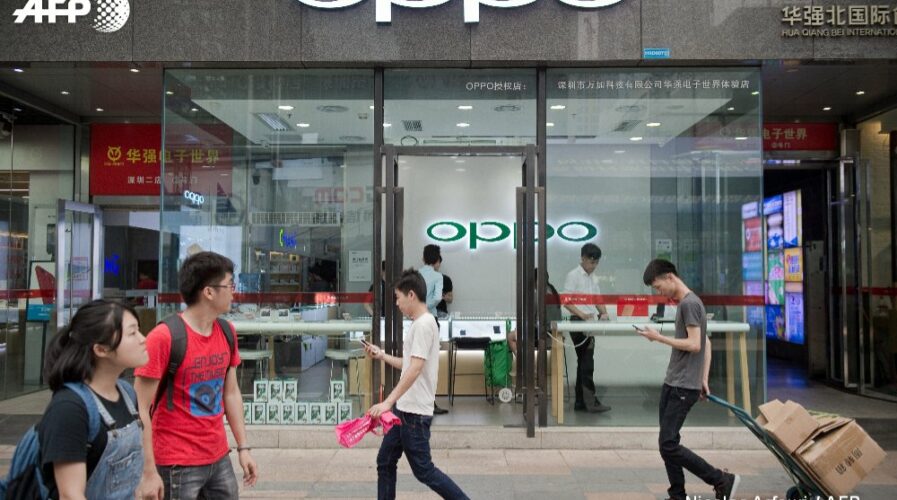 Oppo is developing its own chips as China scrambles for chipset self-sufficiency. Source: AFP

As China struggles with a chip shortage, Oppo develops its own

Leading smartphone maker in China, Oppo, is officially the latest major mobile phone manufacturer to walk down the self-sufficiency path, as it plans to develop its own high-end chips for flagship mobile phones. The move complements that of Google, when it released the Pixel 6 and 6 Pro, its first phones with a custom system-on-a-chip (SoC) called Tensor.

Other smartphone giants namely Apple and Samsung are also designing their own smartphone chips, as did Huawei before US sanctions decimated its mobile business. The move by Oppo, according to Nikkei Asia, is to mainly reduce the company’s reliance on foreign semiconductor suppliers, such as Qualcomm and MediaTek.

What makes Oppo’s venture more interesting is that it plans to partner with Taiwan Semiconductor Manufacturing Co. Ltd. (TSMC), the world’s largest semiconductor maker, to use the latter’s advanced 3nm process technology for the chips. To top it off, Oppo would be part of TSMC’s second batch of customers using this cutting-edge technology, after Apple and Intel.

Oppo may influence other smartphones in China

Oppo is the fourth-largest smartphone maker in the world by shipments, according to IDC, and it is also China’s biggest Android smartphone vendor, holding a 10% share of global smartphone shipments in Q3 2021. To top it off, Oppo ranks fifth worldwide, according to data from research firm Canalys.

Given that the phone maker shares a supply chain and ownership with Vivo, Realme and OnePlus, Oppo-developed chips could quickly find their way into phones from multiple brands.  The two people with knowledge of the development also told Nikkei Asia that Oppo plans to use its own mobile SoC in phones that will make its debut in 2023 at the earliest.

Besides the smartphone SoC, Oppo is reportedly also developing its own Image Signal Processor (ISP) for its smartphone cameras. Brands such as Xiaomi and Vivo have launched their own ISP chips given how more users now prioritize camera capabilities in their selection process for new smartphones.

However, Nikkei also said, Xiaomi, one of the first Chinese smartphone makers to set up a semiconductor design team, back in 2014, currently does not use any in-house processors for its smartphones. In fact, most Xiaomi flagship smartphones and current Oppo phones use Qualcomm’s high-end Snapdragon chipsets.