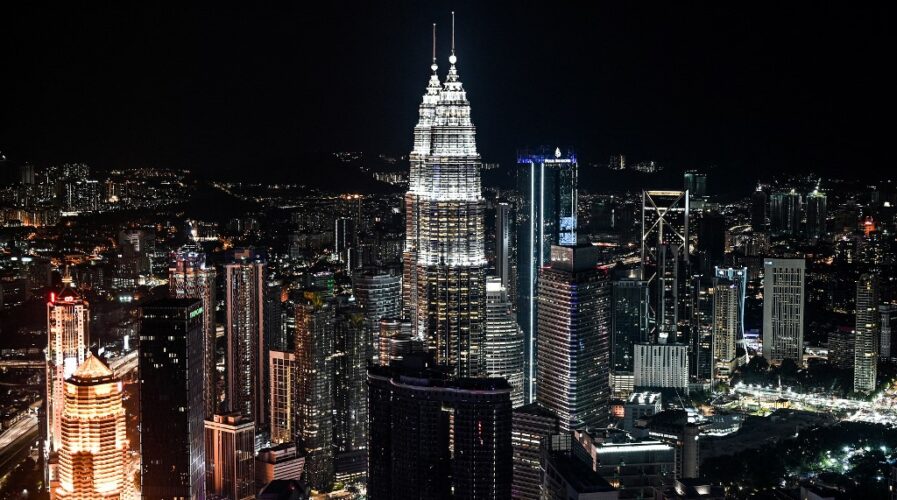 As Malaysia’s 5G plans move forward, critics have questioned the allocation of billions of Ringgit to a single operator. (Photo by Mohd RASFAN / AFP)

The government-established operator of 5G in Malaysia, Digital Nasional Bhd (DNB), confirmed on Wednesday that no local MNOs (mobile network operators) have agreed to use the government’s 5G network.

This news comes with a little more than a month left to its former plan to rollout commercial 5G services in a few states by the end of 2021.

DNB had, earlier this year, confidently announced the roll-out of 5G services in three Malaysian states by end of 2021, with plans to roll out to other states by 2023.

In a report by Reuters, none of the country’s major telcos have signed an agreement to use the Ericsson-built and designed network infrastructure due to “transparency and pricing issues”, according to “state agency and industry executives”.

In July this year, DNB had awarded an RM11 billion (US$1.7 billion) project to Swedish telecomms multinational Ericsson to design, build and maintain the 5G infrastructure in Malaysia.

Malaysia falls behind some of its ASEAN peers such as Singapore, and Vietnam, among others,  in terms of 5G rollout. Previous plans estimated commercial 5G deployment to be in the third quarter of 2020 due to the nullification of spectrum allocations.

DNB acknowledged that its initial timeline for negotiations had been “too optimistic”.

DNB is a special-purpose vehicle (SPV) established by the Malaysian Ministry of Finance in March 2021 to roll out infrastructure and 5G network deployment nationwide.

This approach, announced by former Malaysia Prime Minister Muhyiddin Yassin, is opposed to assigning spectrum to individual telcos or consortiums.

According to the Reuters report, DNB will be seeking formal long-term agreements in early 2022 as it continues negotiations to follow up on its plan to deploy 5G in three states in Malaysia in December.

“The target now is to have a live network, covering… a total of 500 sites by the end of December, with at least some operators on board to provide a 5G network to end-users,” Chief Technology Officer Ken Tan said. DNB made no mention of plans of action should these negotiations fail to bring onboard any MNOs.

The ire of local telcos

Earlier this year, sentiments by local telco players skewed negative, with main contention points revolving around the anti-competition nature of awarding all the 5G spectrums to a single entity, i.e. DNB.

Critics maintain that multiple roll-out contracts to different vendors, spectrum auctions, and a second 5G network alongside DNB’s should be the course of action, in line with global norms.

This sentiment is shared by global mobile operator cooperative GSMA, which warned that a single vendor award would not be in line with DNB’s aim of ‘better and cheaper 5G services’ due to a lack of market competition.

Several telcos have already invested in infrastructure upgrades to support 5G services, but are concerned about a “nationalized monopoly”. According to current and former industry sources who declined to be named in the Reuters report, this arrangement would eventually hurt their bottom lines and restrict their access to future tech.

These sources further estimated that up to RM 45 billion (US$10.8 billion) in market value could be “destroyed across all mobile operators”, including the Big Three — Axiata Group, DiGi, and Maxis.

“By 2030, the majority of the network will be on 5G, then there are enforced limitations on our existing (non-5G network) assets,” one of the sources said to Reuters.

With that said, however, at a DNB event on Wednesday, the agency claimed successful integration of five MNOs into its 5G network, with a sixth planned for a later date, reported Edge Markets.

DNB asserts its spectrum pricing will be “non-discriminatory” and be the same for all MNOs. According to chief commercial officer Ahmad Taufek Omar, MNOs are being charged “only as a form of cost recovery”.

However, he acknowledged that prices may differ based on the size of the MNO.

“… bigger MNOs will have larger requirements and therefore prices will be affected. But once we give the bigger MNO that [modified] price, the other MNOs can also request for the same price. There is no such thing as a different price for each MNO”.

Omar failed to disclose the actual costs of the pricing, however.

Chief executive Ralph Marshall also stated that the network would be capable of integrating up to 12 MNOs by next year.