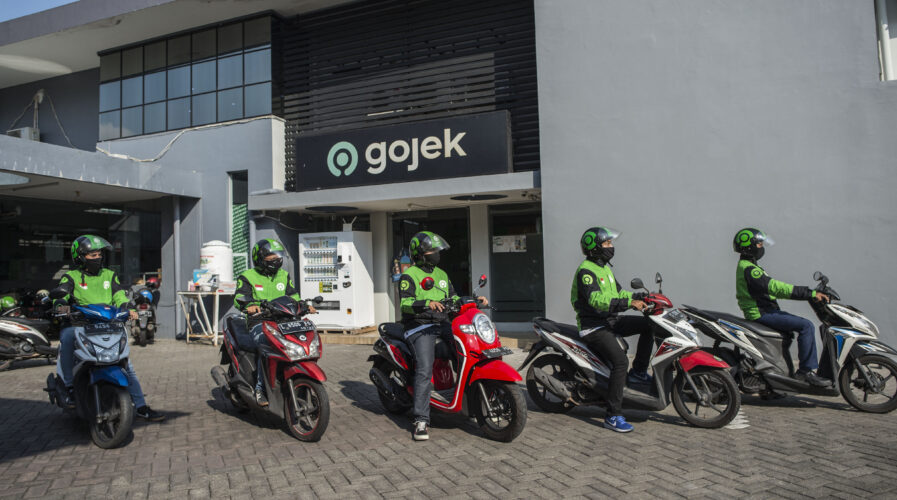 A new pilot scheme in Jakarta will introduce a battery swapping network and two-wheel electric vehicles to Indonesia. The project is a collaboration between Gojek, Indonesia’s largest mobile on-demand services platform, and Gogoro, a global technology leader in battery swapping ecosystems.

It brings in 250 Gogoro Smart scooters and sets up four GoStation battery swapping stations at gas stations operated by Pertamina, the Indonesian state-owned oil and gas corporation. The award-winning Gogoro Smartscooter is the world’s first smart electric two-wheel vehicle. Their plan is then to scale up to 5,000 scooters and more battery swap stations in the future. 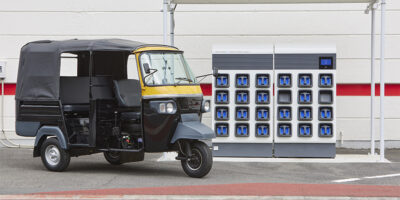 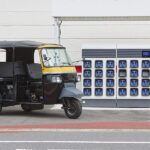 HONDA TO ENABLE BATTERY SHARING FOR ELECTRIC TRICYCLES IN INDIA

“The partnership between Gojek and Gogoro brings together two like-minded companies that are dedicated to making smart electric transportation the norm throughout Indonesia. However, such an ambition can only be achieved if multiple stakeholders work together. Hence, partnerships like this are essential if we are to meet our goals to re-imagine intra-city transport,” said Kevin Aluwi, co-founder and CEO of Gojek.

The company was established in 2010 and became a unicorn in 2016, just 1.5 years after launching its app. The Gojek app provides access to various services, from food delivery and shopping to transportation and logistics. It has been downloaded more than 190 times by users across Southeast Asia as of March 2021. 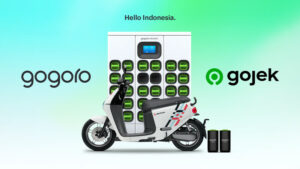 With a collective population projected to reach 770 million by 2040 and set to be the fourth-largest economy in the world by 2030, the Southeast Asian region is accelerating its efforts to achieve net-zero greenhouse gas emissions by 2050, according to the first ASEAN State of Climate Change Report (ASCCR). The report also called for social transformation at all levels, from regional to individual, to realize the unified climate goal of the ASEAN member states (AMS).

“To support the speedy and just transition to net-zero, there is a need to significantly boost AMS’ access to climate finance as well as knowledge and technology transfer on key priority areas, such as adaptation and mitigation measures, disaster risk reduction, and clean energy transition,” said Dato Lim Jock Hoi, secretary-general of ASEAN, in the report’s foreword.

The ASCCR noted the transport sector as one of the sources of direct CO₂ emissions in the region. To reduce its contribution, the region targets rethinking public transportation systems in urban areas, using alternative fuels such as biofuels, and adopting innovative road transportation modes such as electric vehicles (EV).

“By combining Gojek’s wide reach in Indonesia with Gogoro’s capabilities, we will be able to accelerate change and share the benefits of electric vehicles with more driver-partners and consumers. This represents a significant step towards our goal of fully electrifying our fleet of vehicles by 2030 and achieving a zero-emissions future,” he added. Indonesia is the third-largest motorized two-wheel market globally, with 7 million vehicles sold per year but less than 3% EV penetration.

“One of the greatest challenges of our time, in Indonesia and around the world, is transforming our urban transportation into a new generation of smart and sustainable electric two-wheel vehicles that are accessible and people can embrace,” Luke said. “Together with Gojek, and the Indonesian government’s support, we are on a path to making this happen.”