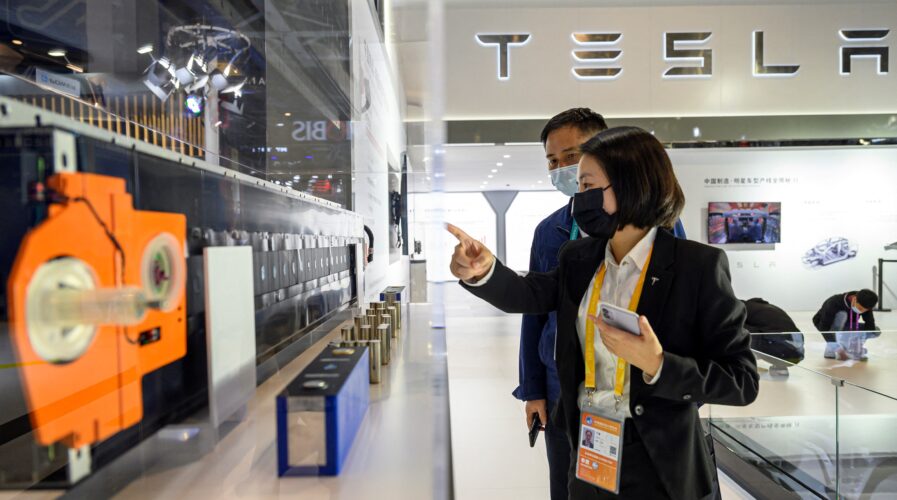 Chinese carmakers are giving Tesla a run for its money

In a country like China, where the population is nearly 1.4 billion, being the world’s largest automobile market comes as no surprise. In fact, it is not much of a shocker when some of the world’s largest automakers, including Tesla, generate a significant amount of sales in China. The country is also the global leader in sales and production of electric vehicles (EVs).

For context, government regulations promoting New Energy Vehicles (NEVs) as well as subsidies have helped China maintain nearly 50% of EV sales worldwide in 2020. A recent state-run China Daily report highlighted that for the month of October alone, nearly 19 of every 100 passenger cars sold in the country were EVs, including plug-in hybrids.

Overall, for the first 10 months of the year, new energy vehicle deliveries gained 191.9% year-on-year (YoY) to 2.14 million units. The newspaper also said that BYD — backed by Warren Buffett’s Berkshire Hathaway, Tesla and Wuling — led the way in local sales. However, younger entrants like NIO, Xpeng, and Li Auto who are establishing footholds in the market, shouldn’t be overlooked as well. 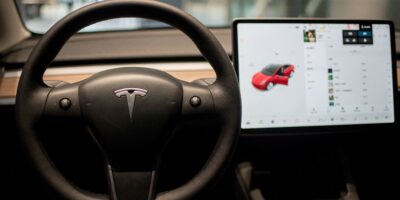 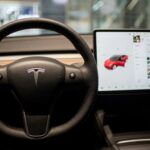 CHINA TIGHTENS SMART VEHICLE DATA REGULATION FOR TESLA AND OTHERS

To give an idea of how well Tesla is doing in China — as of October this year, Tesla’s sales in China reached nearly half the size of what the automaker sells in the United States. So far, the US is Tesla’s biggest market, while China is its fastest growing. Separately, even German auto giant Volkswagen generates close to half or 41% of its sales volume in China, according to Goldman Sachs.

Let’s have a look at the EV companies in China that are battling with Tesla for electric-car supremacy. 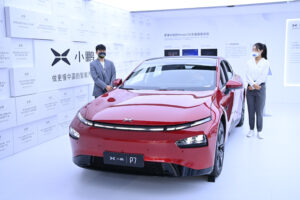 A Xpeng P7 car is seen during the 19th Shanghai International Automobile Industry Exhibition in Shanghai on April 19, 2021. (Photo by Hector RETAMAL / AFP)Launched in 2015, the Guangzhou-based manufacturer has three different models of EV cars in the market namely the G3, P5 and P7. With limited collection, the company has been breaking records with its sales and in October alone, its total EV sales crossed 10,000 units.

According to the company, out of the 10,000 units, 6,044 were the P7 model that also saw a massive 187% surge in shipments YoY. October’s numbers also marked the second month in which the company broke past the 10,000 unit mark despite the ongoing global chip shortage that has crippled the automobile market.

According to reports, the growth is made possible due to the company’s efforts in “supercharging facilities to address increasing customer demand.” To top it off, Xpeng’s support infrastructure spread all across a number of Chinese cities. Analysts reckon that XPeng could very well be on its way to dethrone Tesla in the future. 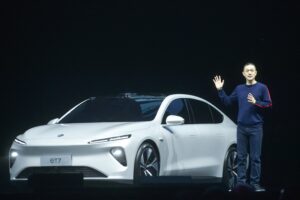 This photo taken on January 9, 2021 shows NIO CEO William Li introducing the NIO ET7, the flagship sedan for the Chinese electric car manufacturer, during its launch ceremony in Chengdu, in China’s southwest Sichuan province. (Photo by AFP) / China OUT

Founded in 2014, the Shanghai-based company currently sells three models in the country with a fourth on the way for early 2022. Reports claim that the company has delivered some 140,000 cars to customers in China and is now planning for a Europe expansion.

In fact, according to TechCrunch, Nio has started taking orders for its electric SUVs and shipping small batches in Norway, its first stop outside China. Nio plans to enter five new countries next year without exactly mentioning which.

It is fair to note that both Xpeng and Nio, took half the time it took Tesla to sell 100,000 of EVs in China. To be precise, Xpeng, also a US-listed company, produced 100,000 cars  six years after the company launched. Nio on the other hand said in April this year that it reached that 100,000 vehicle production milestone, four years after launching.

In contrast, Elon Musk’s Tesla took 12 years from its launch in 2003 to produce 100,000 vehicles, according to public filings. 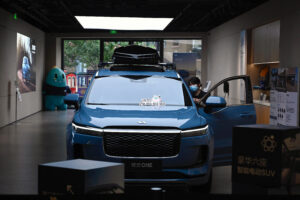 An employee of Chinese electric car company Li Auto works at its retail store at a shopping mall in Beijing on August 12, 2021. (Photo by JADE GAO / AFP)

Li Auto started up in 2015 and is also one of three New York-listed Chinese EV makers chasing Tesla’s market lead. So far, it has only one vehicle in production: the Li One. Even with that, Li Auto has sold nearly 100,000 vehicles since deliveries began in early 2020, making it a worthy contender in the hotly contested EV space.

Mid this year, the South China Morning Post reported that the company is considering the possibility of building an offshore production site – possibly in Europe – to serve as a stepping stone for its entry into the global market. “We want to be a winner, not just a mere participant, in the global market,” Shen Yanan, co-founder and president of Li Auto, was quoted as saying in the report.

It was also the first time the company has mentioned overseas expansion plans, while its local counterparts NIO, XPeng and BYD have all entered the European market