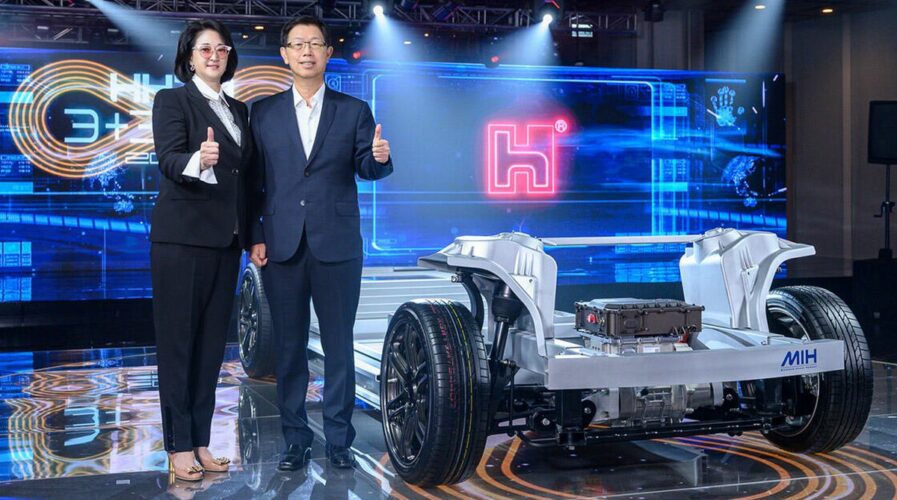 For the past one year, Foxconn, best known for assembling electronics, has been actively announcing partnerships and plans to produce electric vehicles (EVs). The iPhone maker even has ambitions to turn its nascent auto segment into a 1 trillion New Taiwan dollar (US$35.78 billion) business in the next five years. While it took time for its plans to take shape, the company is off to a great start with the unveiling of three EV models recently.

Two weeks ago, the Taiwanese company introduced two passenger EV models — Model C sports utility vehicle, Model E sedan — and a Model T electric bus prototype during its annual Foxconn Technology Day event in Taipei. Its first three EVs will be made via a joint venture between Foxconn and Taiwan-based automaker Yulon Motor, known as Foxtron, the company said during the event.

The company said in a statement that Terry Gou, its founder “has always believed that the adoption of electric vehicles would inevitably be a global trend by the simple fact that it has become the world’s largest and most expensive smart electronic device.”

From an iPhone maker to an EV maker 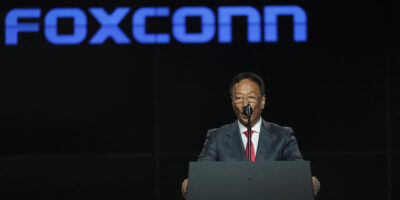 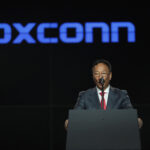 According to a report by Forbes, quoting analysts, it said “a share of the global EV market should easily fall to Foxconn now because the three EV models follow a string of related joint ventures since 2014. Those endeavors give the firm expertise that it can combine with its giant factory infrastructure in Asia.”

Among the slew of deals Foxconn has gotten itself into includes with US-based EV startup Fisker and Chinese automaker Geely. Separately, there were even a venture with Stellantis that allowed Foxconn to develop automotive cockpit software and another, with Gigasolar Materials, which gave Foxconn expertise in EV batteries and their components.

“We have done almost one collaboration project each month in the past year to ensure our supply chain capability and potential markets [for EVs],” Liu said at the event. “We are no longer the new kid in town.” For 2020 alone, Foxconn’s total revenue was NT$5.35 trillion, and as per Nikkei’s report, it estimates that its EV-related business will contribute more than NT$10 billion this year for the first time.

Liu reckons that regional manufacturing will be a major trend for the EV industry as producing cars close to the markets where they are sold will help manufacturers keep costs down. That said, he claims that Foxconn will soon announce the details of its EV production plans for Europe, followed by India and then the South American market.

To top it off, just last week, Indonesia’s government said that Foxconn “plans to build” electric vehicles and batteries there. Indonesia’s Investment Coordinating Board (BKPM) released a statement, quoting Liu saying Foxconn “plans to build a comprehensive electric battery and electric vehicle industry in Indonesia” for two-wheel and four-wheel vehicles. “We will not only assemble, but we want to build a whole industry for Indonesia in Indonesia,” Liu said, according to the statement.

Separately, Liu said all plans in different nations will involve partnering with local governments or government-recommended enterprises. In terms of overseas forays, Foxconn recently acquired a manufacturing plant from Lordstown Motors in the US state of Ohio, which the company will use to produce full-size electric pickup trucks for the American market from April 2022.

To serve Southeast Asia, Foxconn is also building a production facility in Thailand with state-backed oil and gas company PTT whereas in China, the company is collaborating with Zhejiang Geely Holding. Overall, Foxconn has set a target to provide components or services for 10% of the world’s EVs by between 2025 and 2027.