In fact, Google’s SEA e-conomy report in 2021 stated that 8 out of 10 of SEA’s internet users are digital consumers. The report also indicates that 90% of Thai, 81% of Malaysian, and 71% of Vietnamese internet users have had an experience of shopping online. As online shopping becomes the norm, the market itself is predicted to reach between US$ 700 billion and US$ 1 trillion by 2030. 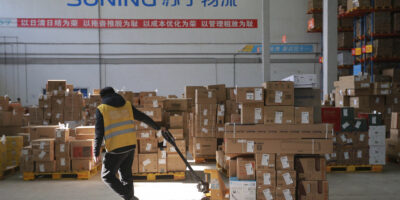 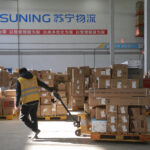 For e-Commerce companies, the market is still growing and the opportunities are aplenty. The only problem now is, how can be they be the top e-commerce platform in the region. Compared to other parts of the world, the ASEAN region is unique due to its diversity. While some e-Commerce companies have been successful in some countries, they tend to often play catch up in a neighboring country.

As such, e-commerce aggregator iPrice Group analyzed the performance of the top e-commerce companies in Thailand, Malaysia, Singapore, Indonesia, the Philippines, and Vietnam to determine which e-commerce sites are holding the most of the market share, and which of them have been successful in drawing social engagement.

Interestingly, Shopee and Lazada are still dominant in most markets across the region. In Malaysia, Shopee holds 71% of the region’s overall e-commerce web traffic, followed by Lazada with 18%, and PGMall with 9%. Shopee Malaysia recently launched its Shopee food feature, which flooded both new and existing users with food vouchers and free deliveries. Meanwhile, Lazada Malaysia added a Chinese language option to cater to a wider market.

An interesting trend seen in some ASEAN countries is that local sites rank in the top three. PGMall (Malaysia), Central Online (Thailand), and Tiki (Vietnam) have done quite well in establishing themselves in their respective markets. These three rising e-commerce sites have carefully executed strategies to earn their top spot.  The cross-country collaboration between PGMall and JD Worldwide, for instance, has encouraged local sellers to offer unique local brands to the Chinese market. With access to China’s extensive market, PGMall’s platform has become one of the most prominent domestic online businesses in Malaysia.

Meanwhile, Tiki, which holds 13% of Vietnam’s e-commerce market share. They signed an exclusive partnership with insurance company AIA Vietnam for 10 years. Due to this, policyholders may manage their insurance accounts and seek health insurance solutions and claims through the Tiki website. This resulted in garnering the platform’s well-deserved web traffic.

Central Online, on the other hand, has allowed its thousands of mall tenants to sell their products through its digital platform during the pandemic. This decision amounted to the diversification of online merchandise and average web traffic of nearly 2.6 million.

In Indonesia, which is the largest e-Commerce market in the region, Tokopedia is top of the list followed by Shopee and Bukalapak. This is probably due to both Tokopedia and Bukalapak being preferred among the local consumers for their e-Commerce activities.

At the same time, social media is becoming an important tool in e-Commerce as well. iPrice reported that based on Facebook reactions, Malaysians engage the most with posts related to the top e-commerce sites on social media, which accounts for 44% of the total social engagements recorded. Vietnamese users account for 36% of the engagements while Thai users account for 20%.

With the industry expecting to see more sales in the future, the competition among e-Commerce companies is increasing as well. Most platforms are already providing new features like shoppertainment to keep shoppers hooked on their sites. Some have also reduced shipping fees or even provided more free shipping vouchers to consumers.

The reality is though, the merchants are the ones who are also benefiting from the increased sales. While the pandemic may have forced them to move their business digitally, these e-Commerce platforms have enabled them to reach out to more customers around their region, allowing them to not only increase sales but also branch out for more opportunities.