NFT adoption on the rise in Singapore

Non-fungible tokens (NFTs) adoption are slowly picking interest among Internet users in the last couple of months. While many still do not understand what NFTs are or how they work, users in Southeast Asia represent a high percentage of global NFT users.

According to statistics from Finder.com’s Global NFT Adoption report, Southeast Asian users make up the most NFT users based on the 20 countries surveyed. The Philippines has the most NFT owners (32%) out of the 20 countries compared, followed by Thailand (27%), Malaysia (24%), the UAE (23%), and Vietnam (17%). On the other end of the spectrum, Japan has the smallest percentage of Internet users with NFTs (2%), followed by the UK and the US (3% each), Germany (4%), Australia (5%), and Canada (6%). 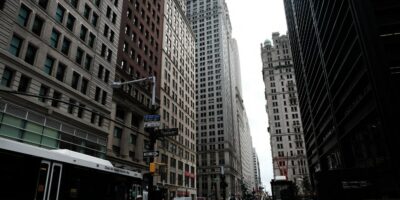 NFTS AND MOVING BEYOND THE HYPE: ENTERPRISE USE CASES

They carry data and are stored in the immutable blockchain ledger. When an asset with the NFT token undergoes a transaction digitally or in real life, the blockchain creates a new ‘block’ with the information of the new owner.

Surprisingly, Singapore’s internet users are still far behind compared to their global counterparts. From a survey of more than 28,000 internet users, just 6.8% of Singaporean own NFTs, which is below the global average of 11.7%. Interestingly, an additional 11% plan to own NFTs in the future meaning the adoption rate will hit 17.8%.

Finder.com’s cryptocurrency editor Keegan Francis believes that it’s still very early days for NFTs in Singapore. 41% of Singaporean internet users currently know what NFTs are and the adoption is expected to grow with awareness.

“Singapore’s forecast to have the 7th biggest increase in NFT adoption among the countries surveyed, behind countries like Nigeria, Peru, and Venezuela but ahead of those like Malaysia and Hong Kong. Men are currently the biggest adopters, with 7.4% saying they own NFTs compared to 6.2% of women.”

Francis also pointed out that NFT adoption is much higher in countries that have a lower average wage of working citizens.

“In some of these countries, people are quitting their jobs because they can make money trading NFTs or earning them in games. NFTs can be a great gateway to cryptocurrency ownership, especially because many NFT games don’t require ID. If you want to buy NFTs directly then you’ll need to set up a wallet, purchase cryptocurrency, and choose an NFT marketplace”.

With cryptocurrency usage also increasing in Singapore, it won’t be surprising if NFTs follow suit in the next couple of months. Either way, the trend is increasing and users are beginning to realize the full potential the token can offer to them.