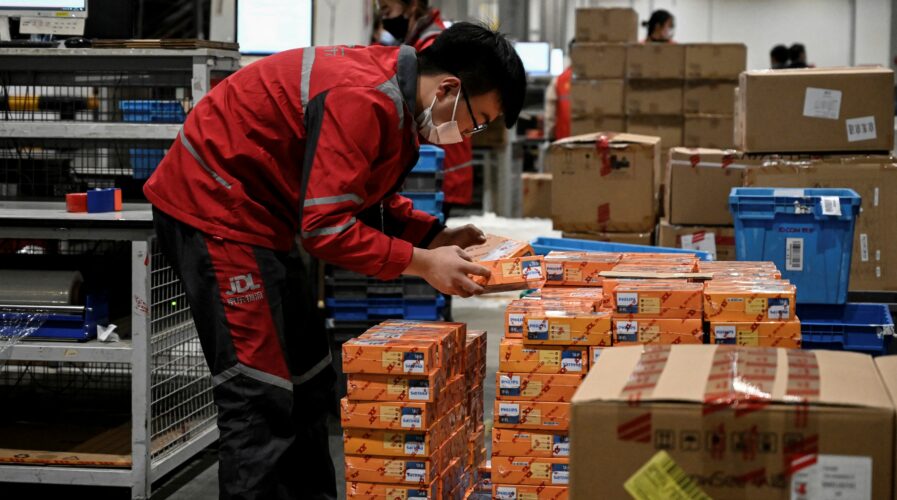 With the 11.11 Big Sale over, Shopee posted huge profits with record-breaking sales in Southeast Asia. While Alibaba’s figures were not as high as expected, Shopee broke its 2020 sales record with over 2 billion items sold throughout the sales period.

DID LAZADA LOSE OUT TO SHOPEE IN SEA’S E-COMMERCE RACE?

More than 3.5 billion messages were also sent on the in-app Shopee Chat across the sales period. The chat function enabled shoppers to have live chats with sellers, allowing them to get more information about products before making any purchases. Live streaming continued to be a core part of the online shopping experience with over 300,000 hours of live streams watched on Shopee Live, as users connected with sellers.

For Junjie Zhou, Chief Commercial Officer at Shopee, “the digital economy continues to present many growth opportunities, and we want to enable more people to benefit from this growth by increasing e-commerce adoption and helping more consumers and businesses come online.”

As e-Commerce platforms enable greater convenience for shoppers, one of the most important features for any platform is payment security. While Shopee and most e-Commerce platforms offer secure payment gateway services, the third-party payment provider may at times be not able to deal with the heavy traffic during the sales period.

Realizing this, some e-Commerce platforms have launched their own payment platforms. For Shopee, they offer their customers ShopeePay, a secure and seamless mobile wallet. The wallet enables shoppers to make seamless purchases, especially for those in rural areas.

ShopeePay was the preferred payment platform for rural shoppers during the sales period with transactions growing nine times more from an average day. As the payment wallet offered extra deals for shoppers, over 2.5 million offline payment vouchers were claimed. Examples of payment vouchers include coupons for meals that shoppers purchase online and redeem at selected restaurants. The vouchers are offered to shoppers based on their location, ensuring everyone is able to get a piece of the pie. 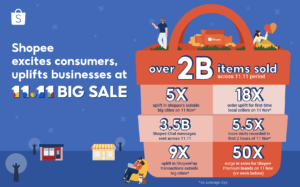 What do these numbers mean for e-Commerce?

The record-high sales by Shopee only increase the app’s dominance in the region. While Alibaba’s Lazada also recorded good sales during the shopping festival, the platform was still unable to match the success of Shopee.

Shopee continues to grow its influence not only in the region but around the world as well. The e-Commerce platform has already launched services in the Americas and Europe and is now planning to offer services in India as well. While it is uncertain when exactly the company plans to begin operating in the subcontinent, the prospects are looking good for them, especially with some rivals facing issues there.

With shoppertainment gaining traction in e-Commerce, Shopee has also ventured into the food delivery industry. ShopeeFood is available in selected areas in the region and is becoming increasingly popular among consumers, especially with the sales vouchers offered to consumers. The app is slowly matching the competition set by established food delivery apps like Food Panda and Grab Food.

More interestingly, the e-Conomy report by Google, Temasek, and Bain & Co showed that e-Commerce, online media, and food delivery are poised to grow to over US$300 billion by 2025. The numbers are a clear indication that the pandemic has not derailed e-Commerce businesses, even as most countries begin to recover slowly. And Shopee is ticking the right boxes with its services as well as the report pointed out that aside from Vietnam and Thailand, the majority of new consumers are from non-metro areas.

In fact, over a third of last year’s online commerce was generated by new shoppers, of which 8 in 10 intend to continue buying online going forward. The purchase frequency has also increased, though the shift towards essential goods has shrunk average basket sizes. There is no denying that many SMEs moved online as e-Commerce became the only available retail channel. But it’s only good news for them as consumers who have now tried online shopping indicate they’ll continue post-COVID-19.

The reality is, as long e-Commerce platforms offer a secure environment for consumers, offer good deals, and keep communicating with consumers in real-time, the possibilities are endless. E-commerce may have been around for some time, but for Shopee, the sales potential and opportunities achievable are still growing.