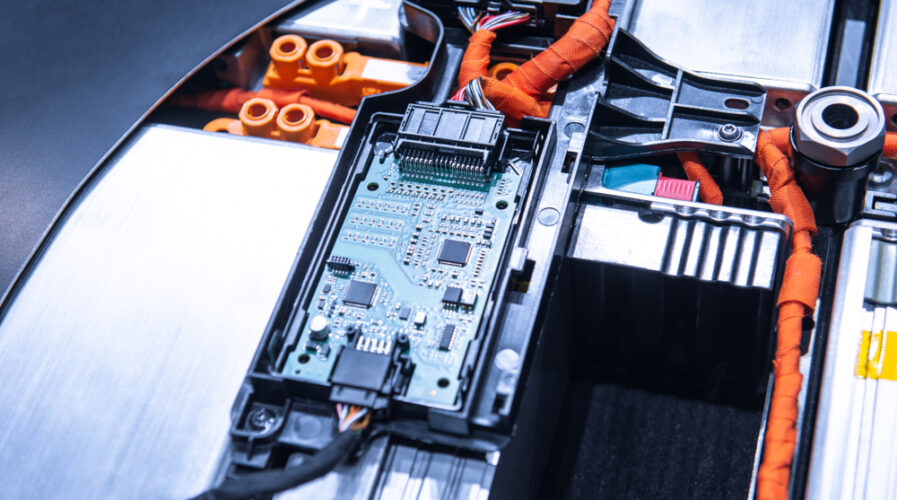 Toyota’s goals to improve their batteries appear to be getting a boost with the addition of quantum computing.

The collaboration will use QunaSys’ quantum computing software as part of research in finding new materials to optimize and increase the performance of Toyota’s batteries.

These machines essentially work by performing simulations that determine the properties of a wide range of materials. Using a technique called density-functional theory (DFT), the machine will model electronic structures of a multitude of materials in a short amount of time.

Key goals for Toyota Motors and QunaSys are to realize lower error rates with higher or faster analyzing speeds.

Conventional, or, normal, supercomputers can take months to compute simulations through DFT. However, quantum computers can utilize DFT in a shorter amount of time as it would be more accurate.

The two are considering using Japan’s first commercial quantum computer, which was started up by the University of Tokyo and IBM in July.

Toyota made waves last year when they announced their intention to produce an electric vehicle that uses solid-state batteries.

For the uninitiated, solid-state batteries are seen as the ‘holy grail’ to EV woes.

Electric vehicles still suffer from issues that impede efficiency, as the batteries used to power them, typically lithium-ion (Li-ON), do not last long enough for longer drives. Furthermore, the technology’s limitations mean that it can take too long to charge these batteries.

Solid-state batteries are far more stable and quick to charge as opposed to Li-ON batteries, which are widely used by other EV automakers.

This is not the first time that Toyota has utilized quantum computing in its operations. Last year, the company, through its IT solutions division, Toyota Systems, worked with Fujitsu to solve the issue of complex parts distribution.

Fujitsu’s Digital Annealer, a “quantum-inspired” digital technology, was trialed in conjunction with Toyota Systems. The trial computed over 3 million routes for delivery of parts to Toyota’s assembly facilities sourced from hundreds of suppliers.

The aim of the trial was to quickly and efficiently determine the most optimal route, which is predicated on having the lowest distribution cost.

According to Fujitsu, the trial found a route that reduced logistics costs by between two to five percent for every delivery, within 30 minutes.