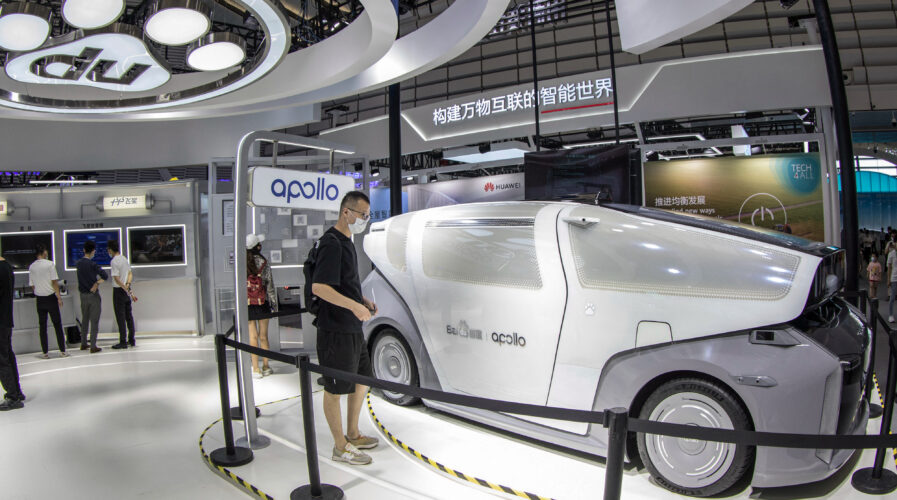 More Chinese automakers are partnering up to make EVs, AVs. (Photo by AFP) / China OUT

The automotive industry has entered into an intense era of collaboration among carmakers, technology giants, and even software start-ups, among others.

This trend comes as countries, including China, accelerate into increased usage of EVs and AVs. Numerous partnerships have sprouted up in the past year, adding density and life to this ecosystem.

Among Chinese automakers themselves, a handful of significant partnerships were made to accelerate the developments of EVs and AVs within the country.

In fact, China is shaping up to be the first real test of Big Tech’s ambitions in the world of car making.

Take tech giant Baidu for an example, just 11 months after announcing that it is collaborating with automaker Geely to start a new company to build connected, autonomous electric vehicles, Baidu, which runs Chinese top search engine and a mapping app, announced that they would start mass production of its first “robot” EVs in 2023.

JiDU Auto, the electric vehicle venture between Baidu and Geely, would make EVs that are of the autonomous Level-four (L4), which needs no human intervention, Baidu Chief Executive Robin Li said during the company’s Baidu’s annual developers’ conference on Monday.

JiDU was established only in March this year and in a mere 207 days, the venture reached the stage of developing intelligent driving and intelligent cockpit for a SIMU car.

This has set a new record in the industry, according to the CEO — last August, the internet company had launched a robocar with L5 autonomous driving capabilities. 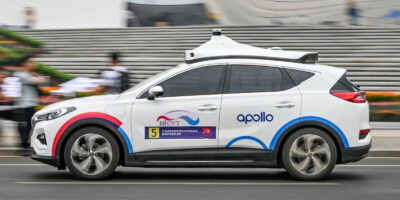 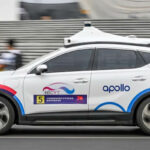 EVERYTHING ABOUT CHINA’S SELF-DRIVING VEHICLE STANDARDS

This time, the automotive robot, deemed by Baidu as the ultimate form of vehicle transportation in the future, will demonstrate JiDU’s three aspects of their product philosophy.

First, the vehicle will have L4 autonomous driving capabilities to empower freedom of movement.

Second, the robot vehicle can communicate naturally with human beings thanks to the accurate recognition of human-vehicle interaction and speech semantics.

Finally, the robocar is expected to have the capability to self-learn and self-iterate, which will continue to study user habits and improve user experience based on the habit data.

According to Baidu’s vision, intelligent transportation is the result of the deep integration of technologies as Artificial Intelligence (AI), 5G, and cloud computing into the transportation segment, based on autonomous driving, smart vehicles, and intelligent roads.

The company also said that intelligent transportation can cut traffic accidents by 90%. Baidu’s autonomous driving capabilities have made rapid progress in recent months. As autonomous driving technologies develop, these vehicles will eventually be safer than human drivers, the company claims.

According to reports, with 115,000 rides provided in the third quarter of the year, Baidu’s autonomous ride-hailing platform Apollo Go has become the world’s largest autonomous mobility service provider.

It is said that BYD and Momenta have established a 100 million yuan three-way partnership to deploy autonomous driving capabilities throughout BYD automobile mannequin strains.

Known as DiPi Intelligent Mobility Co, the new partnership will combine BYD’s expertise in the auto sector with Momenta’s experience in smart driving algorithms, the startup said in a statement on Monday.

Reports are claiming that the preliminary scope of labor will embrace deploying “Level 2 plus” autonomous driving functionality throughout some car mannequin strains.

Separately, even SAIC Mobility, a unit of Chinese automaker SAIC Motor and Momenta, started providing autonomous robotaxi test rides to the general public in a Shanghai district as a part of a trial, earlier this month.