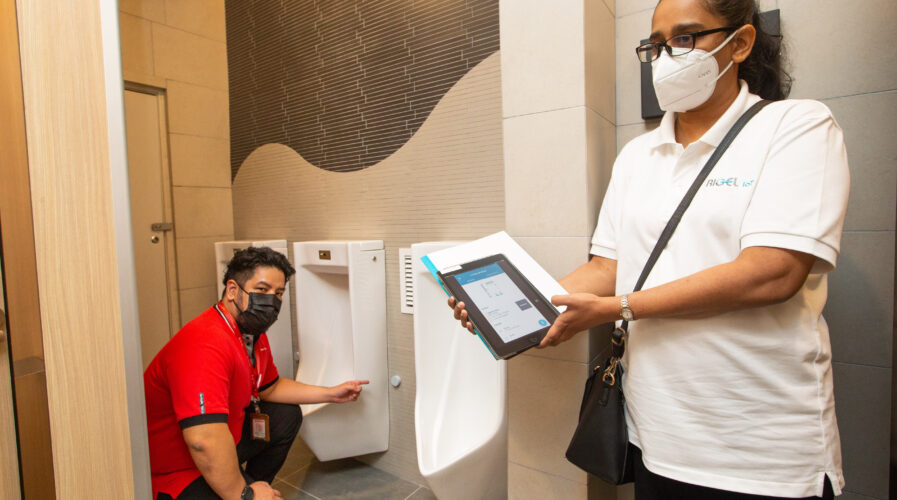 Smart toilets are nothing new, but when was the last time you’ve seen a whole system of them, especially using IoT, in a public mall?

Sunway Malls is changing this by installing IoT-supported smart toilets at their Sunway Pyramid mall in Malaysia’s Klang Valley.

Sunway Pyramid partnered with Singapore’s Rigel Technology to optimize commercial toilet performance with the IoT system, primarily for data collection, as part of the mall’s move towards digitalization.

IoT, or, internet of things, has been around since the Trojan Room Coffee Machine was brilliantly installed at the University of Cambridge in 1991.

In short — it’s almost as old as the internet.

But these days, things are a little more sophisticated. An IoT device is basically any device that can connect to the internet, receive, transmit and upload data to other devices. And… that’s it.

Your Fitbit is an IoT device. So is your Smart TV, phone, and even your printer. IoT is also used in industries such as farming, construction, manufacturing, healthcare, mining, and the agriculture, fishing, and forestry industries, for example, especially in conjunction with 5G.

Furthermore, the ammonia sensors will detect ammonia to prevent foul smells in a timely manner. The data will be transmitted to a cloud service that can be managed and tracked through a web platform and mobile smart app. 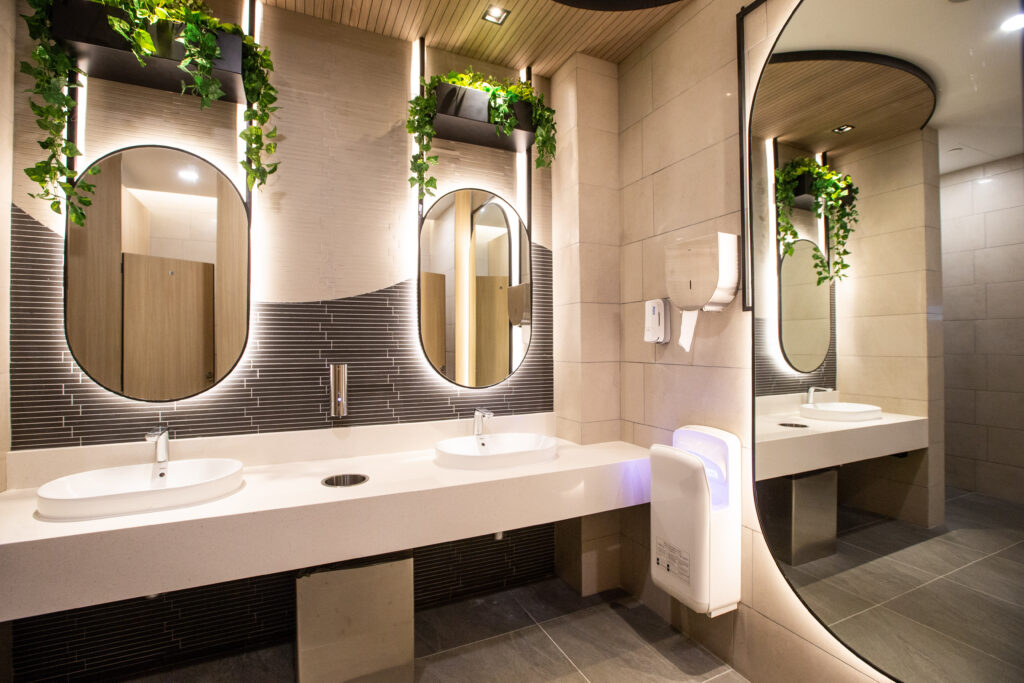 The smart IoT toilets in Sunway malls will monitor and update the management on various features in their washrooms. (IMG/ Sunway Malls)

Now, the management team will get to monitor the washroom performance, water consumption, and other data that detect anomalies and faults, which can be addressed to reduce downtime, lower cost and reduce water consumption.

“We recognize the need to constantly innovate to meet the demands of our customers. From Sunway Smart Parking to Customer Engagement Hub and Sunway eMalls, our journey in digitalization, innovation, and technology has just begun,” said Chin.

This is not the first time the mall has used tech to boost its services and amenities. It first introduced Sunway Smart Parking, a cashless and ticketless system, as well as an integrated Customer Engagement Hub to address customer needs wherever they are.

Why an Internet of Toilets?

Under the previous maintenance system, supervisors often had trouble with cleaning performance, faulty equipment, and breakdowns as well as ineffective communication with technicians.

Set to deploy this month, this new smart toilet system using IoT aims to reduce or even eliminate (pun unintended) crappy user experiences in their toilets.

“Our venture into the IoT system complements this concept that encompasses a holistic vision, going beyond just being environmentally friendly.

“Another aspect is in elevating experiences for our customers, which translates to providing excellent facilities and high-performance facility management. That’s what we aim to achieve with IoT,” he said.

According to Sunway, these ‘Internet of Toilets’ are only available in Sunway Pyramid, but there are plans in the pipeline to introduce more within Sunway in the future.

Smart toilets of the future?

Southeast Asia is a rapidly developing region, having decades ago struggled with basic amenities such as public sanitation and access to water, as opposed to most of the Western world.

Toilets are, undeniably, an important place to keep hygiene standards up — so much so that ASEAN has its own standards guide on what good public restrooms ought to be like.

This is especially true for commercial toilets with high human traffic as it breeds a plethora of pathogens, and in an era of Covid-19, populations would benefit from more sanitary public restrooms.

Whilst Malaysia’s Sunway Pyramid’s smart toilets aren’t exactly the pinnacle of cutting-edge technology, it is a… breath of fresh air (sorry) for the commercial toilet space. Especially for Malaysia, a country notorious for uh, not exactly having the best of Asia’s toilets.

Smart toilets of the future purport to introduce features that are more individually-tailored, such as being able to detect and monitor signs of disease.

But for the time being, at least in Southeast Asia, it’s baby steps still to improve sanitation, just like how Sunway Malls is doing with IoT.