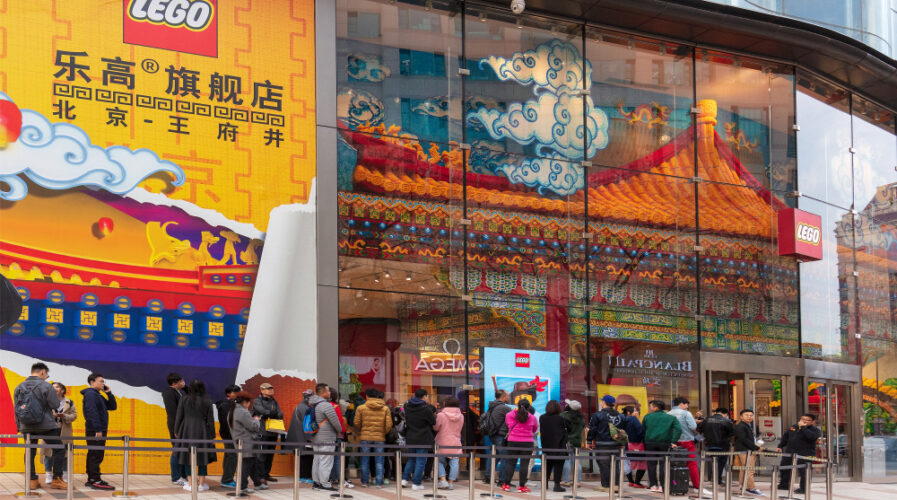 After China, Vietnam is the second Asian manufacturing plant for Lego, and also its first carbon neutral plant in the world. (IMG/Shutterstock)

Why did Lego choose Vietnam for its first carbon neutral plant?

According to Lego, they plan to invest over US$1 billion into the project, spurred by growing demand for its products in Asia — it has seen double-digit growth in the region since 2019.

About the carbon-neutral lego Vietnam plant

In a statement, the company aims to achieve 100% energy consumption through solar panels on its roof and on a nearby farm.

Additionally, the company, together with VSIP, will plant 50,000 trees in Vietnam to compensate for vegetation removed during construction.

“We are very grateful for the support of the Vietnamese government in helping us achieve our ambition to build our first carbon-neutral factory,” Lego’s chief operations officer Carsten Rasmussen said.

Construction on their new site will start in 2022 and is slated to start production in 2024. The project is expected to create over 4,000 new jobs over a period of 15 years.

This will be the Danish toy giant’s second factory in Asia after it opened its first plant in China in 2016, and its sixth manufacturing site in the world.

Lego locates factories close to its major markets, and this new project will expand the company’s global supply chain footprint.

According to Lego, this strategy allows for the flexibility to respond quickly to shifts in consumer demand, shorten the supply chain, and reduce the environmental impact caused by long-distance shipping.

Lego building on strong bilateral ties between Denmark and Vietnam

Both Vietnam and Denmark have had a long history, with 2021 being the 50th year of its diplomatic relations.

“During the past 50 years, both countries benefited economically and culturally from developing close ties – from development cooperation to trade and investment.”

“This is the largest investment in Vietnam made by a Danish company, and it shows the confidence and optimism we have in the future of this important partnership,” added Christensen.

Vietnam is the ASEAN region’s leader in the adoption of solar and wind power capacity since 2019.

Supported by strong government and public support, the nation of 97 million is on the way to establishing itself as a global leader in renewable energy production.

Due to high governmental participation in the energy sector, government policies are essential for renewable development, especially given its capital intensiveness and high-risk exposure.

These policies have strongly incentivized industry uptake, according to a study by Do et al (2021), published in the journal Energy for Sustainable Development.

Within developing ASEAN nations, Vietnam’s labor costs are the third-lowest, with the average monthly wage hovering around US$248 in 2017, according to KPMG (as informed by Fitch).

This, together with its geographic proximity to the rest of Asia, makes it a viable location for richer countries looking to take advantage of lower labour costs by shifting their supply chains to the country.

Notably, this is amid a backdrop of US-China trade tensions, which has seen more US companies look towards SEA to avoid China.

However, due to the effects of lockdowns due to the Covid-19 pandemic, Vietnam, like the rest of the world, faced drastic socio-economic setbacks.

The International Labor Organization (ILO) estimated that the pandemic would affect the livelihoods of up to 10.3 million (11%) of the nation’s workers.

Nevertheless, Vietnam’s GDP growth is among the highest in the ASEAN region, at +6.42% (USD$ 224 billion) in 2020, beaten only by Cambodia. Furthermore, their currency, the Viet Dong, is rather stable, with a volatility of around 1.15% — an average percentage for the region.

According to a 2020 report by Deloitte, companies investing in projects related to environmental sustainability in Vietnam can enjoy generous corporate income tax (CIT) rates of 10% – 17%, from between 10 to 15 years. Other goodies include tax holidays, CIT reductions in the following years, import duty exemptions, and land rental fee exemptions.

Vietnam’s forward-thinking renewable energy policies, governmental support, lower labor costs, and multiple economic incentives are undoubtedly why MNCs such as Lego have chosen to set their operations up in the developing nation.