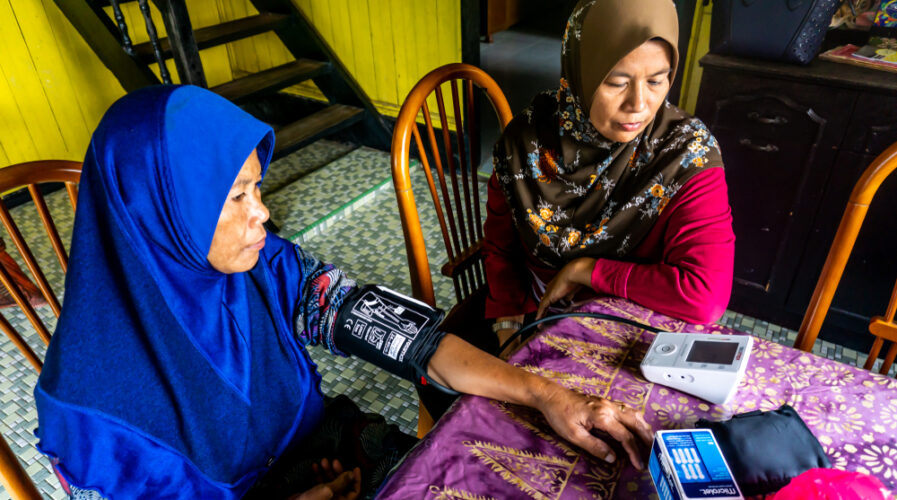 Will it be a bumpy road ahead for femtech in Southeast Asia?

Femtech — leveraging technology, women entrepreneurs across the world are making waves as they seek to empower themselves and each other.

It’s not a secret that the tech industry has long been dominated by men. With all the achievements women have accomplished worldwide, you’d think that women in technology would be one of them.

Alas, this isn’t the case.

However, does that mean it’s always going to be this way?

Women in tech face many challenges, including the fact that they make up less than 25% of the workforce.

The fact that women are still underrepresented in STEM fields is genuinely astounding, especially when you consider how many female inventors contributed revolutionary inventions and ideas throughout history. 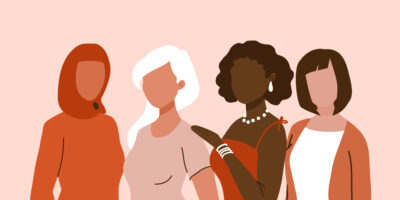 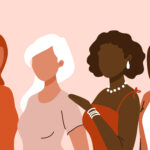 FEMTECH IN ASIA: NO, IT’S NOT JUST ABOUT SEX TOYS

Women in Asia are also underrepresented in entrepreneurship and leadership roles within technology. The lack of female voices is not only disturbing but disheartening.

In response to this, there has been an increase in companies to improve women’s empowerment through technology, known as female technology (Femtech).

Still, despite increasing interest in recent years, the industry continues to be underestimated despite high growth potential, especially in Southeast Asia.

Femtech the “stepchild” of digital health

Although gender equality has been deemed a social norm in most developed countries, unfortunately, it is not the case in the rest of the world, especially in Southeast Asia.

In an interview with Tech Wire Asia, Prof. Yan LI from the Department of Information Systems, Decision Science and Statistics at ESSEC Business School, Asia-Pacific, shared that this is an era of precision medicine and health care.

“We need to acknowledge that it is time for women to receive gender-specific treatment and care,” said Prof. Yan.

However, gender bias in medicine is still entrenched in many countries. Even with the development of digital health, some experts have said that Femtech is naught but the stepchild of digital health. 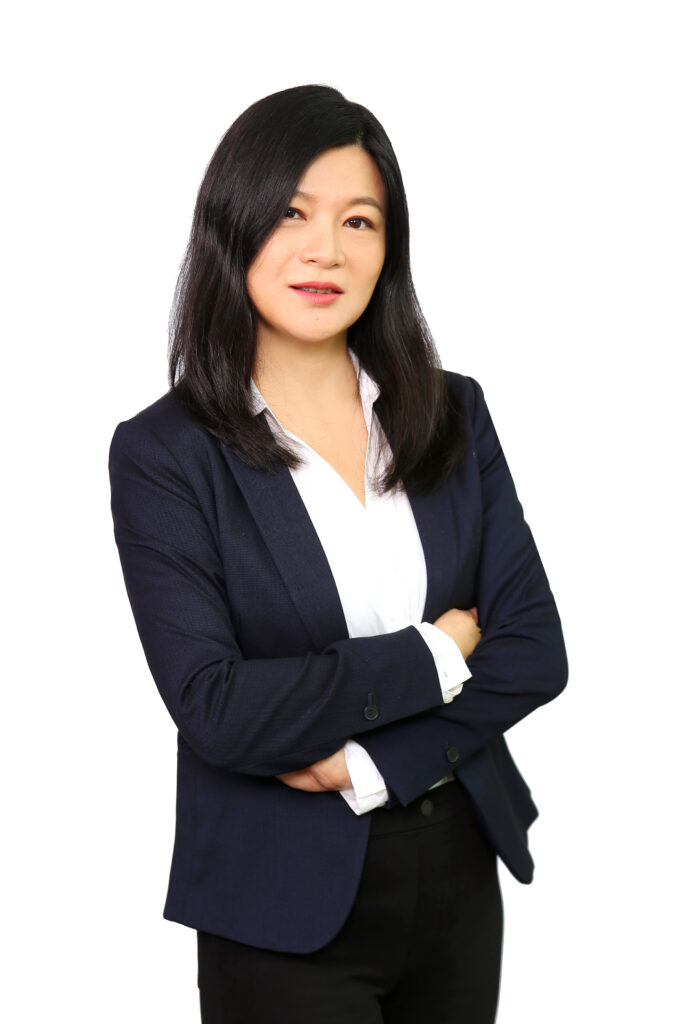 In Southeast Asia (SEA), female health is one of the most highlighted topics for women’s rights. Issues such as abortion, birth control, and even menstruation have always been taboo for many to talk about openly.

A study by PitchBook found that women spend an estimated US$500 billion in gender-specific medical expenses every year. And yet, only 4% of total research and development targets women’s health issues.

“There are three common reasons why women’s health issues are underserved in this region of the world. The first would be that is little to no formal or systematic sexual education for women, which may result in many misconceptions and prevent women from learning about and seeking better care of their bodies,” said Prof. Yan.

Women were expected to stay out of sight during menstruation in the past and in less economically developed countries. In some communities, menstruation is seen as unclean or embarrassing.

This makes it hard for them to go to school or do everyday activities.

For example, in Indonesia, some girls felt they could not wash their hair during their periods; otherwise, they would die.

Second, it is still a cultural taboo to openly talk about sexual well-being and infertility issues in many Asian cultures.

Last but not least, there still is a stigma to have or speak about genital diseases since the importance of feeling clean about a woman’s body is still deeply rooted in social norms across the region.

North America is the undisputed leader with 55% of the total number of Femtech companies, followed by Europe, at 25%, and Asia, at 8%.

“The Femtech landscape development is imbalanced because out of 1300 companies, 24 companies are in Singapore, six in Thailand, three in Indonesia, Vietnam, Philippines, respectively, and only two in Malaysia,” said Prof. Yan.

Compared to the West, Femtech in the East is severely lagging. Even though Southeast Asia is one of the fastest-growing regions globally, millions of people still live on less than US$2 per day.

The situation is even worse for women in the region. They are always tied down with money generation tasks, which prevent them from attending school or getting an education. Thus, access to technology is limited.

Prof. Yan believes that technology should assist people at the bottom of the pyramid. This belief has been imparted to her MBA students, who designed an app called Black and Pink to provide Indonesian females with more knowledge about reproductive health and increase puberty awareness.

“Currently, 21% of the total market is still represented by pregnancy and nursing products and services, followed by 17% that deals with reproductive health and contraception issues; another 14% deal with menstrual health.

“But when we talk about some significant issues, women’s mental health is minimal because it only represents less than 1% in all these categories,” said Prof. Yan.

Mental health in Asia is not a topic that is often openly discussed, given how it’s strongly stigmatized.

While there has been a recent increase in the awareness of mental health disorders, many still suffer alone, and in silence, without seeking treatment.

“It is important to note that mental health differs between men and women; therefore, this is an untapped and underdeveloped market for entrepreneurs to focus on,” added Prof. Yan.

Courage – the first step to venturing into Femtech

There are challenges for Femtech entrepreneurs in a male-dominated society.

The VC funding scene is male-dominated and pitching to male investors who do not personally identify with women’s health issues will remain a challenge.

In a survey by Women Who Tech, nearly 50% of women founders were told they would raise more money if they were a man. Meanwhile, 70% of women in tech say they have been treated differently at work due to their gender, compared to 11% of men in tech.

However, courage and understanding of specific cultures of the region, the demands, and the characteristic of the market can propel female entrepreneurs to succeed.

“I think we as female entrepreneurs, in leading tech companies, have certain advantages over males. We understand the needs, the pain points of the users, and the culture.

“There is a misconception that the technology development situation in the less developed countries, such as Southeast Asia, may pose challenges for launching new tech services locally.

However, according to the leapfrog theory, if countries wish to become wealthier, they should follow the same steps that allowed developed economies to prosper. This could allow entrepreneurs to launch services in poorer developing countries. Therefore, they may need to change their mindset,” said Prof.Yan.

Femtech and the hybrid working environment

With the rise of more women in the workplace and a shift towards gender equality, there has been an increase in demand for products tailored to meet the needs of women, girls, and others.

With businesses becoming more aware of the value of a diverse workforce, there is an increasing demand for solutions that support women in their professional lives.

An example is Ease Healthcare in Singapore, a telemedicine platform aiming to make healthcare more accessible, convenient, and discreet.

Although the path is not easy, there is definitely a growing awareness of Femtech and womens’ health.

The femtech industry has been gaining momentum in recent years because of increasing demands from women consumers for more products that address their specific needs and challenges.

With the increasing number of women entrepreneurs and businesswomen in emerging markets, the future of Femtech in Southeast Asia looks optimistic, promising and holds a lot of potential.